Mailbox, the popular email application owned by Dropbox, has finally received one of its most requested features: support for email accounts using Apple’s iCloud email service. Also in the mix with today’s update is support for Yahoo Mail. The app is yet to hit the App Store, but the company tells us that the app is propagating out to users today via the App Store. (Update: it’s live)

END_OF_DOCUMENT_TOKEN_TO_BE_REPLACED 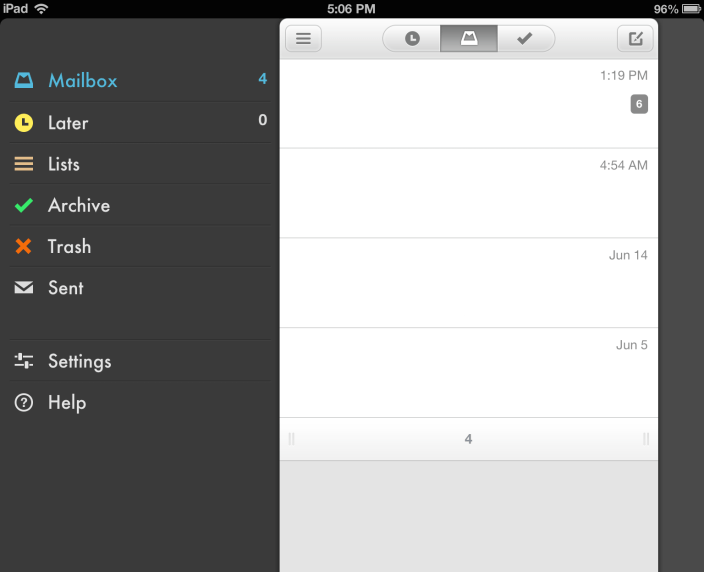 Today, Mailbox for iPad has been updated with support for the iPad’s portrait orientation. In previous versions of the iPad app, email viewing, composing, and other functions were exclusive to landscape mode. Additionally, today’s 1.3.1 update brings unspecified bug fixes. Mailbox for iPad launched last month following the app’s March acquisition by Dropbox.

END_OF_DOCUMENT_TOKEN_TO_BE_REPLACED 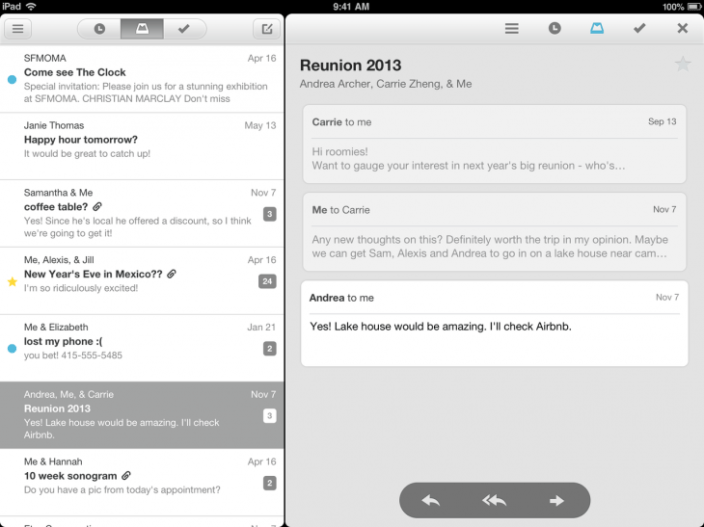 Image: The Next Web

Update: The iPad version is now out on iTunes as a universal app.

The promised iPad version of the email management app Mailbox recently acquired by Dropbox is launching today, offering essentially the same user-interface as the iPhone original, with the addition of a reading pane to the right. END_OF_DOCUMENT_TOKEN_TO_BE_REPLACED

After some controversy for the popular Mailbox iOS app earlier this week, some good news for Mailbox users comes today in the form of confirmation of new features and an iPad app coming soon.

As noted in the tweets above and below, the Mailbox devs have publicly confirmed in a number of recent tweets that and iPad version of the app is currently “in the works” and expected to launch soon. We also learn that desktop and Android versions of the app are on the company’s roadmap, while iCloud support, landscape typing, alias support, and “Send as” features are also on the list for future updates:

@mkmks Yes! Alias support & "send as" are on our list. No ETA for release as of yet.

@herbigt Yes- we're hoping to do so in a future update!