Be sure to follow 9to5Toys to keep up with the best gear and deals on the web: Twitter, RSS Feed,Facebook, Google+ and subscribe to the new Safari push notifications feature. 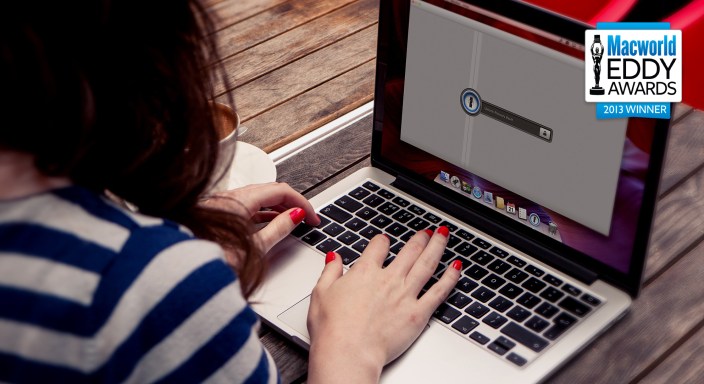 Buy one, get one free Fandango movie tickets (up to $12 off), while supplies last http://t.co/NfLeo4SzyT pic.twitter.com/byfO8g2TjW

Other deals from today: 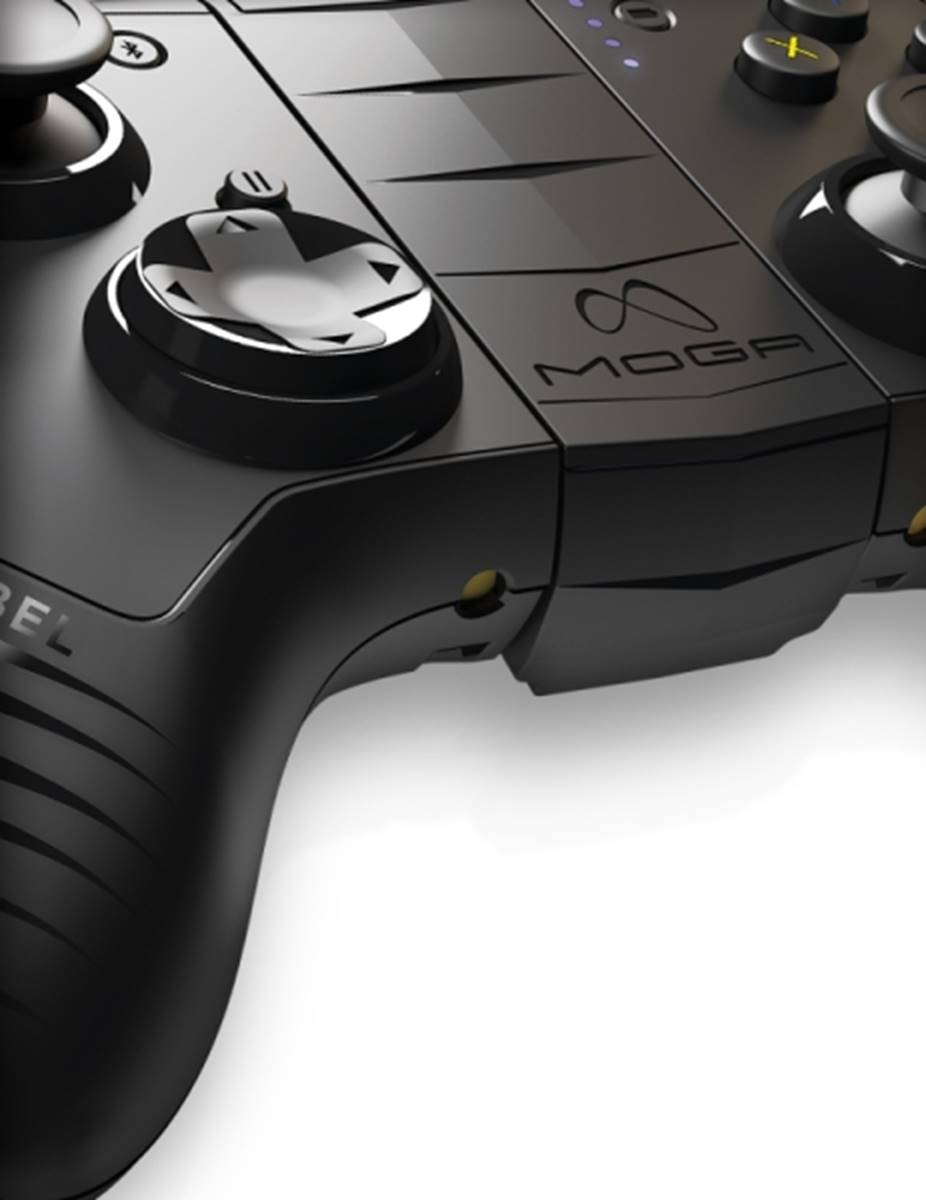 Moga, the company behind one of the first Made-for-iPhone game controllers, today announced that it will soon unveil its next controller for iOS devices. It also sent over the image above that gives us some clues about what to expect. Unlike the Moga Ace Power controller that we reviewed back in December, the new controller appears to utilize Apple’s non-form fitting controller design which essentially makes it closer to a standard Bluetooth controller. If you compare the design to Moga’s other Bluetooth controllers for mobile devices, it also looks like the middle of the controller might fold out to form a stand for iOS devices.  END_OF_DOCUMENT_TOKEN_TO_BE_REPLACED

Inside Apple’s MFi game controller program: Why the current crop of controllers aren’t up to snuff 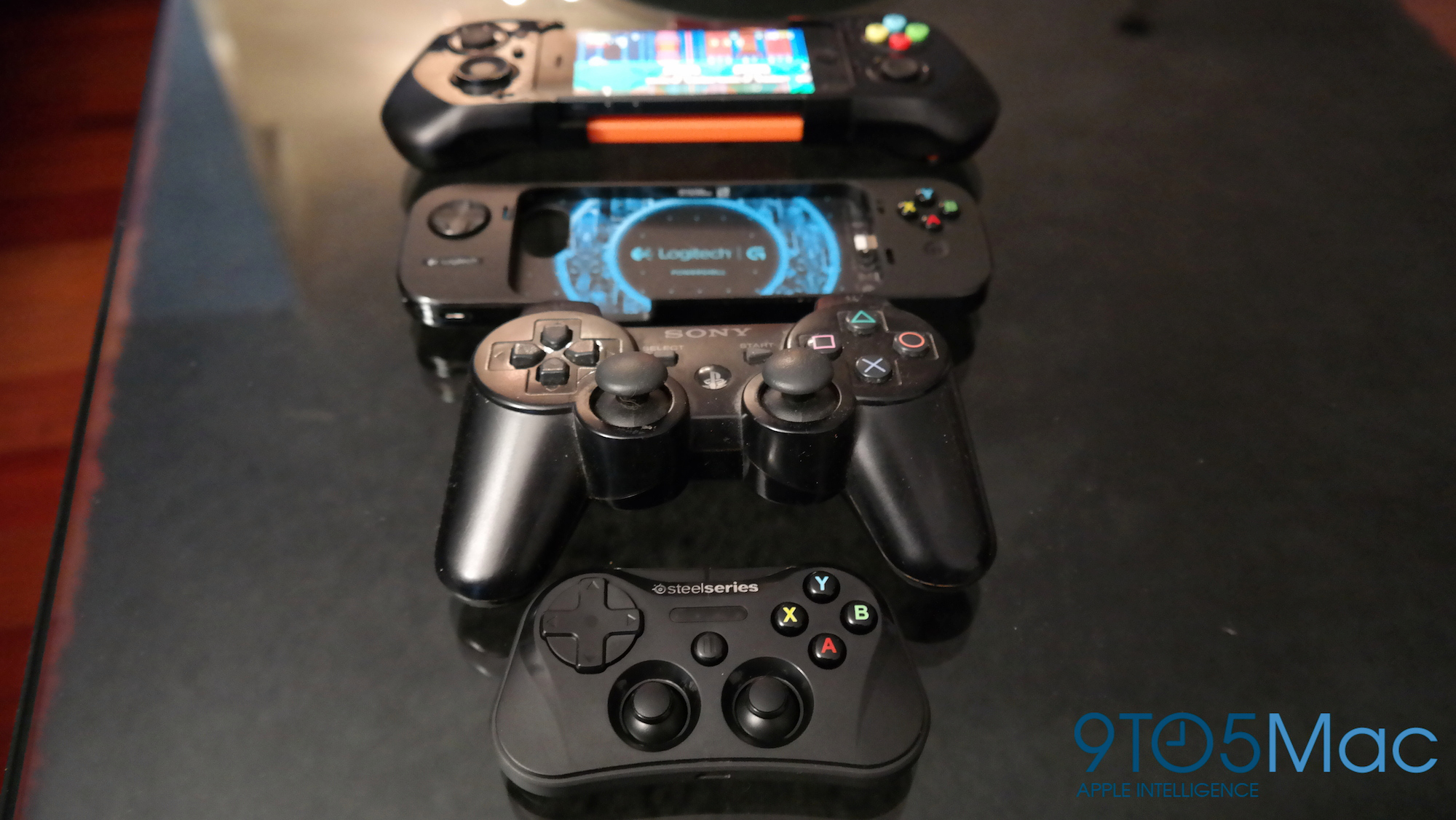 Apple’s new MFi game controller program offers a lot of promise for gaming on iOS— the top mobile gaming platform around could also soon be a serious platform for hardcore gamers. But the first crop of controllers have been met with much criticism from developers, reviewers and consumers alike. The consensus so far: flimsy buttons and joysticks, lack of support from developers, and a $99 price tag make them far overpriced compared to your standard Bluetooth game controller.

The launch for the first few controllers to hit the market was rushed, developers are disappointed and still trying to catch up, and manufacturers are limited in pricing, features, and quality due to Apple’s MFi program requirements. What does Apple have to do to overcome a rocky start to its game controller program which is supposed to control quality? And how are manufacturers limited by Apple in building better controllers at a fair price? We’ve dug into Apple’s MFi program and talked to developers and companies building the controllers to find out… END_OF_DOCUMENT_TOKEN_TO_BE_REPLACED 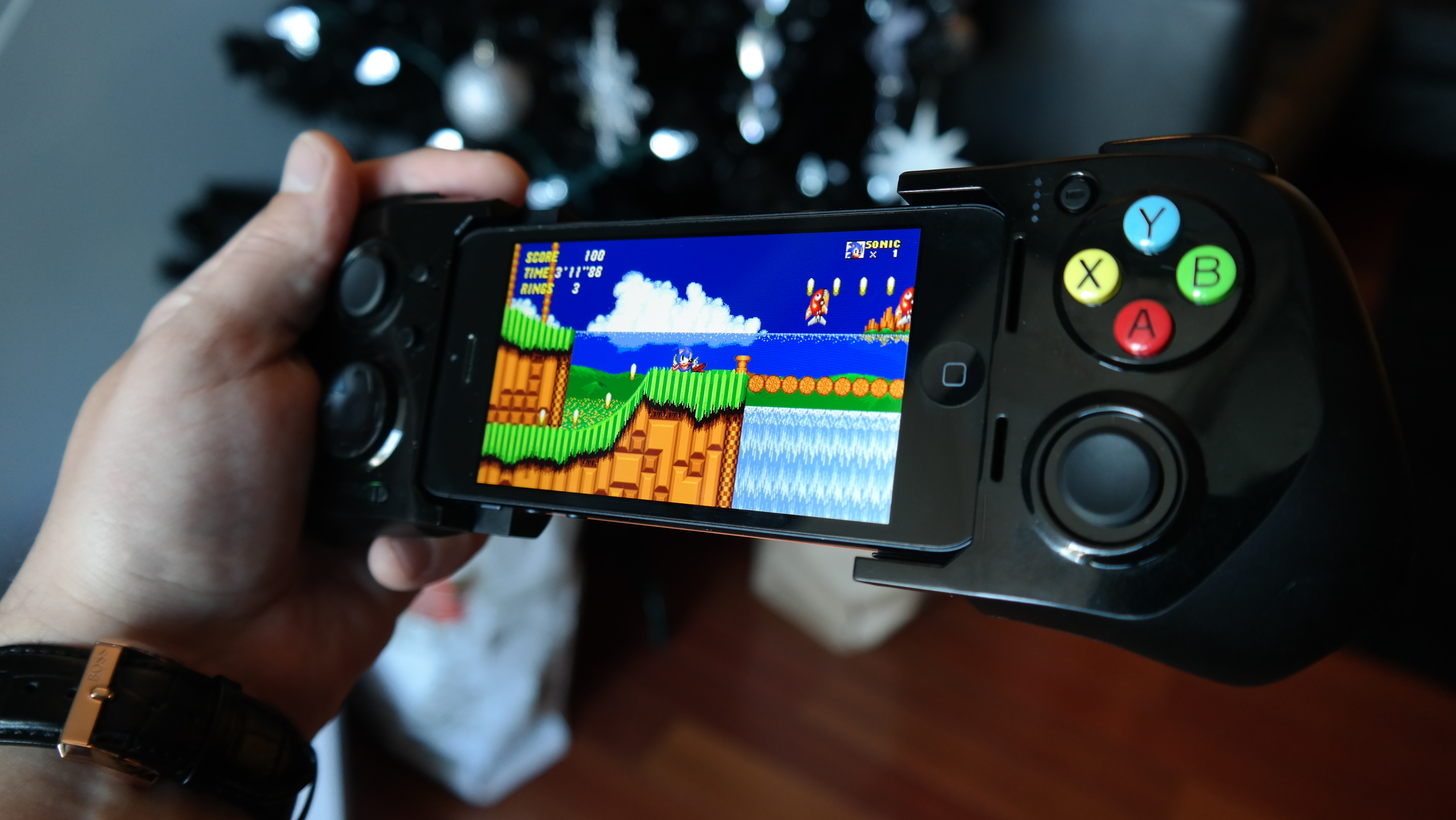 On Friday we got our hands on one of the first of Apple’s new MFi game controllers for a full review of the Logitech PowerShell. Today we’re taking a look at that controller’s only real competitor: the Ace Power from Moga.

Does Moga’s controller improve on the few nitpicks we had with Logitech’s? What controller is the better buy for the $100 asking price? Head below to find out.  END_OF_DOCUMENT_TOKEN_TO_BE_REPLACED 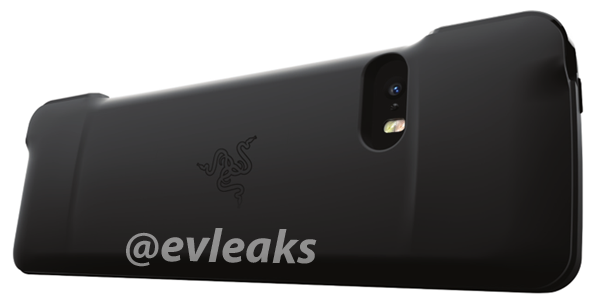 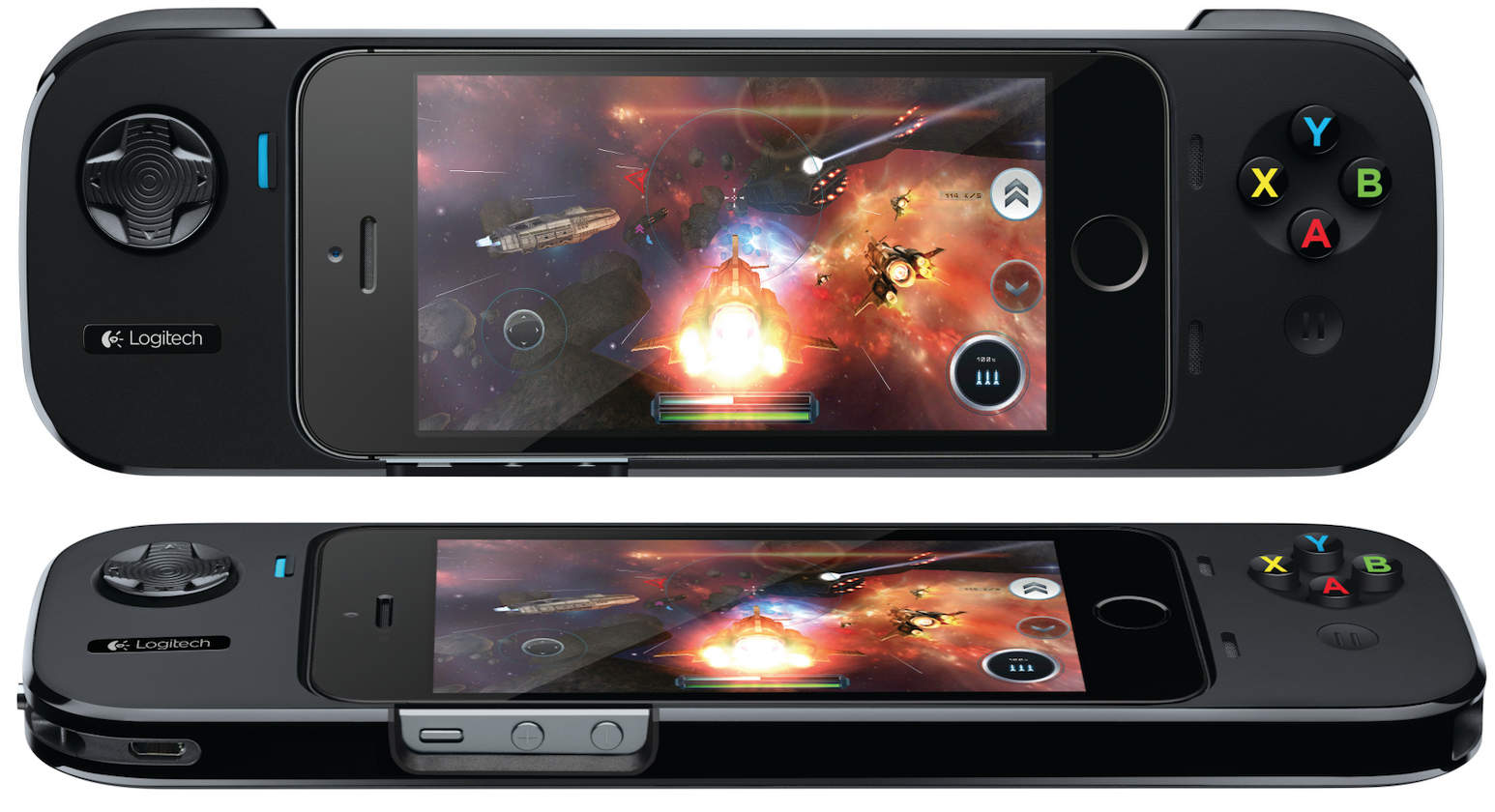 Following the announcement for Moga’s new iOS 7 game controller yesterday, Logitech today officially announced its new MFi controller, the PowerShell. Like Moga’s controller, Logitech’s also doubles as a battery pack with a built-in 1500mAh battery (slightly smaller than Moga’s 1800 mAh) and will sell for the same $99 that Moga is asking.

Both of the new controllers are using Apple’s new MFi iOS 7 game controller program, which offers accessory makers and developers one standard framework for implementing support for iOS compatible game controllers. Apple allows two types of game controllers and two configurations all with pressure sensitive buttons and consistent layouts. The first type of controller is the form-fitting controller (like the Moga and the new Logitech), which allows your iOS device to be docked right into the controller. There will also be standalone controllers that connect over Bluetooth.

MOGA have been making gamepad accessories for Android devices for a while. Today, they have announced on their website an adapted version compatible with iPhone and iPod touch. The company is the first to officially announce availability of an accessory that works with iOS 7’s GameController API (but not the last this week ;).

Logitech, ClamCase and others have hinted that they have competing accessories nearing release, but MOGA is the first company to openly announce available. The accessory will be available  tomorrow — priced at $99 — from the Apple retail stores and the Apple Online Store in addition to MOGA’s site.

END_OF_DOCUMENT_TOKEN_TO_BE_REPLACED

Since Apple first unveiled its new MFi game controller framework at WWDC earlier this year, we’ve already got a look at a couple controllers hitting the market in the near future from both Logitech and ClamCase. One of the other companies that Apple mentioned at WWDC was Moga, and today we get a look at what might be the first press shot for the company’s upcoming MFi controller dubbed “MOGA Ace Power” (via Evleaks). A second image below shows the controller when in “closed” mode without an iPhone docked: 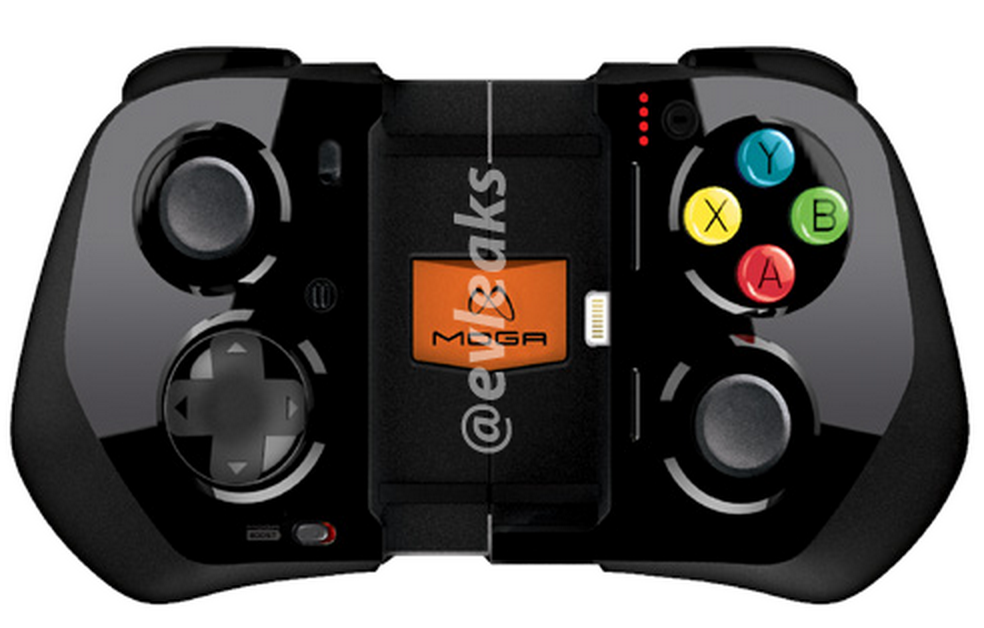 We don’t get many details about the controller above, but judging by the configuration and the fact that Apple already announced Moga was working on a controller, it’s a pretty good chance we’re indeed looking at the company’s upcoming MFi controller. Like some of Moga’s current controller products, the Ace Power will apparently sport a 1800mAh battery that will charge your device while docked in the controller.  END_OF_DOCUMENT_TOKEN_TO_BE_REPLACED

After teasing its first iOS controller that would work with Apple’s new MFi standard for game controllers, today we get what appears to be an official press shot of Logitech’s upcoming gamepad for iPhone that first leaked at WWDC earlier this year (via @evleaks).  We noticed that Logitech left space for the rear camera, which is nice for augmented reality apps and other games that utilize the iPhone’s camera.

Apple will offer 2 types of game controllers through its MFi program and two configurations all with pressure sensitive buttons and consistent layouts. The first type of controller is the form-fitting controller (much like Logitech’s above), which allows your iOS device to be docked right into the controller. The second will be a standalone controller that connects over Bluetooth. Above we’re looking at Apple’s standard layout, but there will also be an Extended layout for MFi controllers that adds dual thumbsticks and an extra set of shoulder buttons.

Others rumored to be creating new MFi iOS game controllers include ClamCase and Moga.  END_OF_DOCUMENT_TOKEN_TO_BE_REPLACED

Apple is making some big improvements for gamers in the coming releases of iOS and OS X, and not just the new standardized gaming controllers we told you about previously. Not only is Apple introducing enhanced leaderboards, improved challenge modes, and new turn-based gaming features, it is also providing developers with tools to combat and prevent cheating.