Microsoft to build version of Windows for ARM processors? 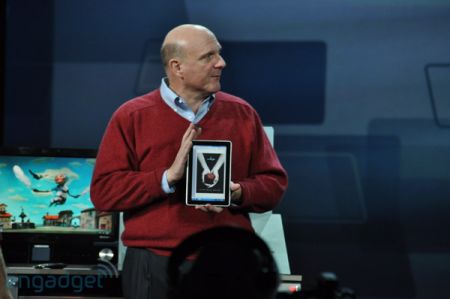 Bloomberg today reports what would have seemed unthinkable a year ago.  Microsoft is building a version of its Windows OS (not Phone 7) for the ARM processor design, the very same that powers Apple’s lineup of iOS devices.

The operating system would give Microsoft another way to attack the market for tablets and phones, where it’s lost ground to Apple Inc. and Google Inc. ARM chips — made by Qualcomm Inc., Texas Instruments Inc. and Samsung Electronics Co. — are used in most smartphones, as well as Apple’s best-selling iPad. A full-featured version of Windows for ARM chips is the best way for Microsoft to make a dent in the iPad’s lead, said Robert Breza, a Minneapolis-based analyst for RBC Capital Markets. While Windows is dominant in the personal-computer market, it hasn’t parlayed that into tablet success yet. “They’ve got to come back with a product that’s better than ‘me too’ and is equal if not better in features,” Breza said. He has an “outperform” rating on Microsoft’s stock, which he doesn’t own. “A lot of tablets today are inferior to PCs.”

Microsoft became a licensee of the ARM architecture earlier this year but at the time it seemed to be for embedded devices such as the Zune.  Apple is also an ARM licensee and builds its A4 lineup of chips using ARM designs.

Is this really a good move for Microsoft?  The problem with Windows 7 on tablets hasn’t really been an Intel problem necessarily.  Whatever the case, this has to be bad news for Intel/AMD who now may see competition from ARM processors like the Nvidia Tegra 2 in netbooks running Windows.

Another Question: Will Apple port Mac OS to ARM?