AAPL is now most valuable company in the world (Update: Closes lower than Exxon)

Apple just passed Exxon in Market Cap to become the world’s most valuable company. Quite a turnaround for a company that was on its last legs just over a decade ago.  AAPL passed the 400 mark last month on the back of monster earnings news but fell sharply as the US market plummeted over the last week.  Luckily for Apple, it didn’t fall nearly as sharply as Exxon, in the face of lowered oil costs. 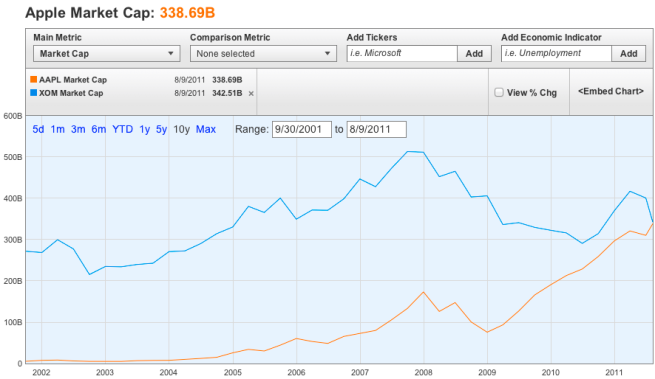