Google: 2/3rds of our mobile search comes from Apple’s iOS 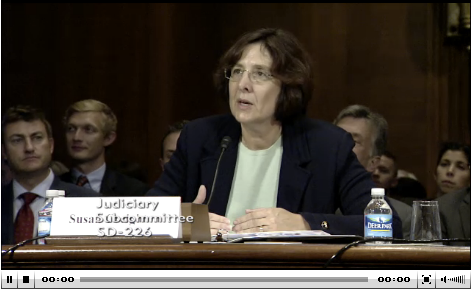 As part of the Senate Judiciary hearings today, former FTC official (and new Google employee) Susan Creighton, testified under oath today that Google, Microsoft and Yahoo! all bid to become the default search engine on iOS’s Mobile Safari Web Browser. As we know, Google won, and as we can infer, Apple gets some revenue from Google for making it its default search engine. As we know from Apple being Apple, the quality of the search results was probably as big a part of the decision as the relatively small bits of revenue.

But as part of the testimony, Creighton said briefly (before she was cut off) that 2/3rds of mobile search comes from Apple iOS devices. That’s pretty interesting considering the share of Android devices in the market. But not altogether surprising considering the web browser market share which includes those millions and millions of iPads.

Video at 2:24.00 (during very interesting testimony around Apple picking Google as default search)