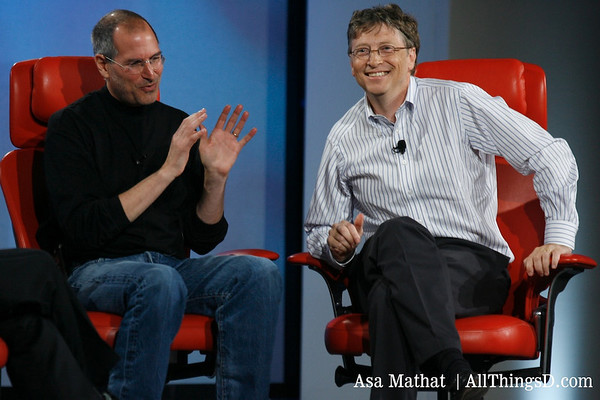 “He’d be a broader guy if he had dropped acid once or gone off to an ashram when he was younger.”

“He really never knew much about technology, but he had an amazing instinct for what works.”

“Bill is basically unimaginative and has never invented anything, which is why I think he’s more comfortable now in philanthropy than technology. He just shamelessly ripped off other people’s ideas.”

When it comes to Steve Jobs’ biological father, who we profiled a few months ago, Steve also harshly said..

“I had been to that restaurant [That his biological father had owned] a few times, and I remember meeting the owner. He was Syrian. Balding. We shook hands.”

Later Steve said, ” “I was a wealthy man by then, and I didn’t trust him not to try to blackmail me or go to the press about it.”