Among other interesting tidbits on Steve Jobs, technology investment pioneer Ben Rosen reveals that the new Apple CEO invited the then Compaq Chairman and CEO to Silicon Valley in 1999 to inquire about licensing Mac OS X:

After we finished with the amenities and reminiscences, we got to the purpose of the meeting. Steve wanted Compaq to offer the Apple operating system on its PC line, adding to the Microsoft OS that had always been our sole OS. At the time, Compaq was the world’s largest manufacturer of PCs. Our adopting the Apple OS would be seen as a feather in Apple’s cap (and a pretty visible slap at Microsoft). The catching up with Steve was fun, the food was great, but the OS idea never gained traction. Upon further analysis, it didn’t make sense for either Compaq or Apple. Compaq wasn’t about to declare war on Microsoft, our partner from our birth in 1982, and Steve had second thoughts about licensing their crown jewels.

What’s interesting here is this is a year after the introduction of the iMac and more than a year after Jobs had terminated Mac Clone licensing deals with Power Computing, Motorola and others. This was something else entirely.

This is also around the time OS X was being tested (the server version which was a NeXT port was released that same year). From the Intel transition announcement (4:40 above) we know Apple always had an Intel version of the Mac OS X being built alongside the PowerPC version (codenamed Marklar) but it now appears that Apple was seriously considering licensing the Intel version alongside the PowerPC version when the Mac OS X client was released way back at the turn of the decade.

Imagine an alternative universe where Compaq Macs competed with Apple’s Macs through the last decade. Weird.

Also, Rosen has a warm email contact with Steve Jobs where he reveals that though he was a Compaq CEO and Chariman for 20 years, he’s back to using a Mac as of 2007, below: 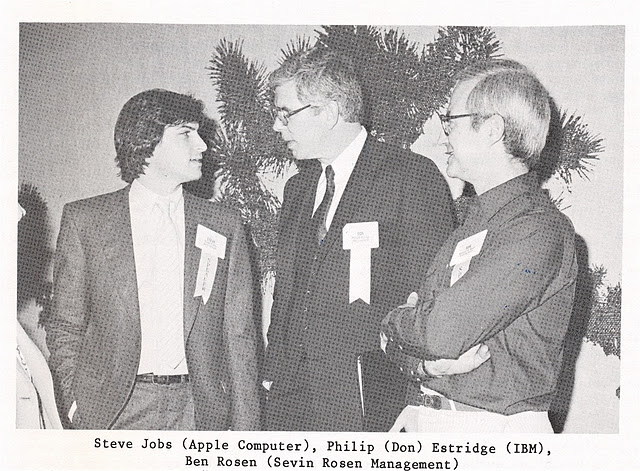