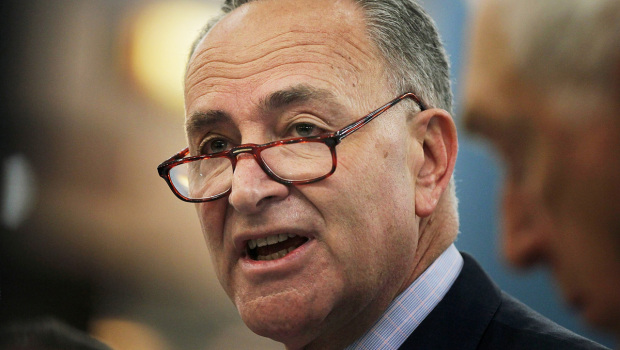 Sen. Charles Schumer pleaded with the U.S. Justice Department in the Wall Street Journal yesterday to drop its antitrust lawsuit against Apple and publishers by suggesting it will only lay the foundation for Amazon to reclaim control over the eBook industry.

According to the New York senator’s Op-Ed piece:

Recently the Department of Justice filed suit against Apple and major publishers, alleging that they colluded to raise prices in the digital books market. While the claim sounds plausible on its face, the suit could wipe out the publishing industry as we know it, making it much harder for young authors to get published.

The suit will restore Amazon to the dominant position atop the e-books market it occupied for years before competition arrived in the form of Apple. If that happens, consumers will be forced to accept whatever prices Amazon sets.

Amazon set its eBook prices at $9.99, but, according to the government (via The Hill), Apple and the publishers supposedly colluded to build a new business model that drove the standard price of eBooks up and placed pricing in the hands of publishers instead of retailers.

The Justice Department has ignored this overall trend and instead focused on the fact that the prices for some new releases have gone up. This misses the forest for the trees. While consumers may have a short-term interest in today’s new release e-book prices, they have a more pressing long-term interest in the survival of the publishing industry.

Like Apple contended in its legal response, Schumer is concerned the Justice Department’s lawsuit allows “monopolists and hurt innovators,” while having a “deterrent effect not only on publishers but on other industries that are coming up with creative ways to grow and adapt to the Internet.”

He further beseeched the Justice Department to “reassess its prosecution priorities” and assemble inclusive guidelines before filing antitrust suits in the future.

Check out the full memo at The Wall Street Journal.