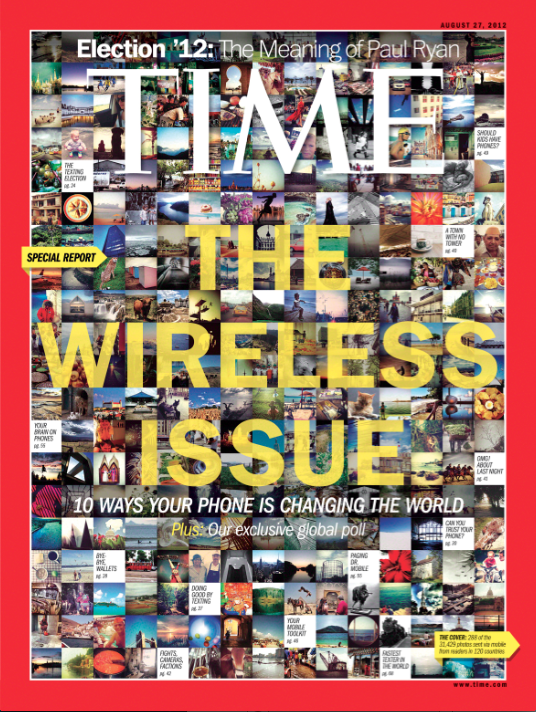 TIME magazine’s special wireless issue for this week takes an interesting look at how phones are practically now an extension of our minds and bodies.

The cover for “THE WIRELESS ISSUE. 10 Ways Your Phone is Changing the World” notably showcases more than 200 Instagram photographs from across the world; a mobile device captured each image. The magazine also features an in-depth, Qualcomm-partnered mobility poll that illustrates human dependency on smartphones and tablets. The poll tallied worldwide responses from 5,000 people online and by phone in June and July, and a whopping 84 percent said they could not go one day without a mobile device.

“It is hard to think of any tool, any instrument, any object in history with which so many developed so close a relationship so quickly as we have with our phones. Not the knife or match, the pen or page. Only money comes close—always at hand, don’t leave home without it,” wrote TIME Deputy Managing Editor Nancy Gibbs. “But most of us don’t take a wallet to bed with us, don’t reach for it and check it every few minutes, and however useful money is in pursuit of fame, romance, revolution, it is inert compared with a smart phone—which can replace your wallet now anyway.”

Additional stories in the wireless issue include: