New full-sized iPad with improved internals, Lightning connector to be announced next week at current prices 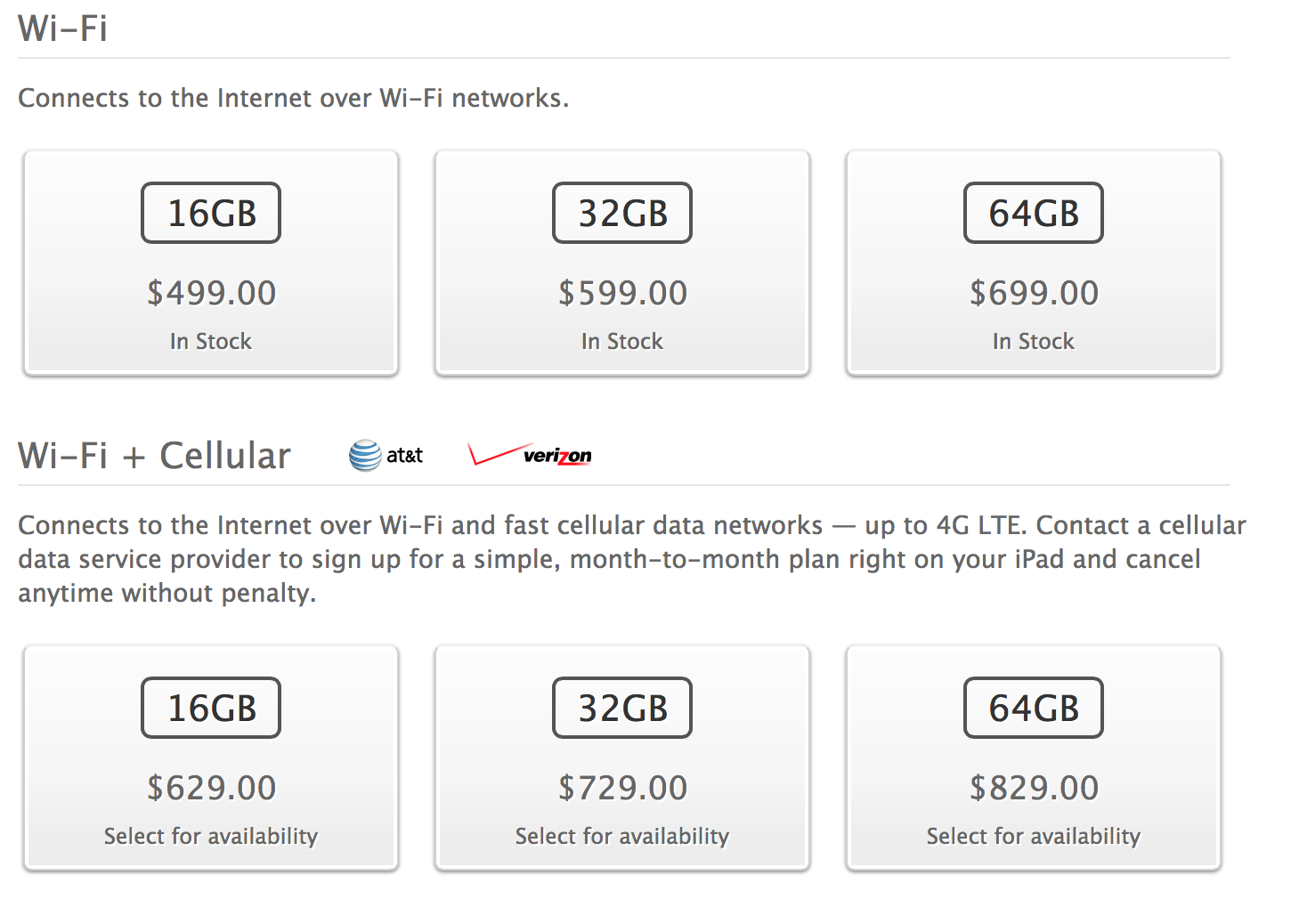 Apple will announce a refreshed version of its full-sized, 9.7-inch Retina display iPad at its media event October 23rd, according to our sources. These people say that the new version of the iPad will retain the same $499, $599, and $699 WiFi-only price points, and the LTE line will retain the current $629, $729, and $829 pricing. With no price changes or additional storage capacities, we believe that the storage options of 16GB, 32GB, and 64GB will also be retained.

Launching roughly half a year after the current third-generation iPad, this new iPad is said to be a tweaked model and not a complete revamp. As iMore and iLounge previously reported, we expect this new iPad to gain the smaller Lightning connector from the iPhone 5, fifth-generation iPod touch, and seventh-generation iPod nano. Also likely in the mix for this tweaked iPad is global LTE support, just like in the iPhone 5, according to a recent report from The Guardian. Apple could also use this opportunity to upgrade other internals like the processor, screen, battery, etc. but we don’t yet have specifics on this.

Out of the many new iPad models coming at this event, these new full-sized iPads make up half of the SKUs. The other half belong to the smaller ‘mini’ iPad.