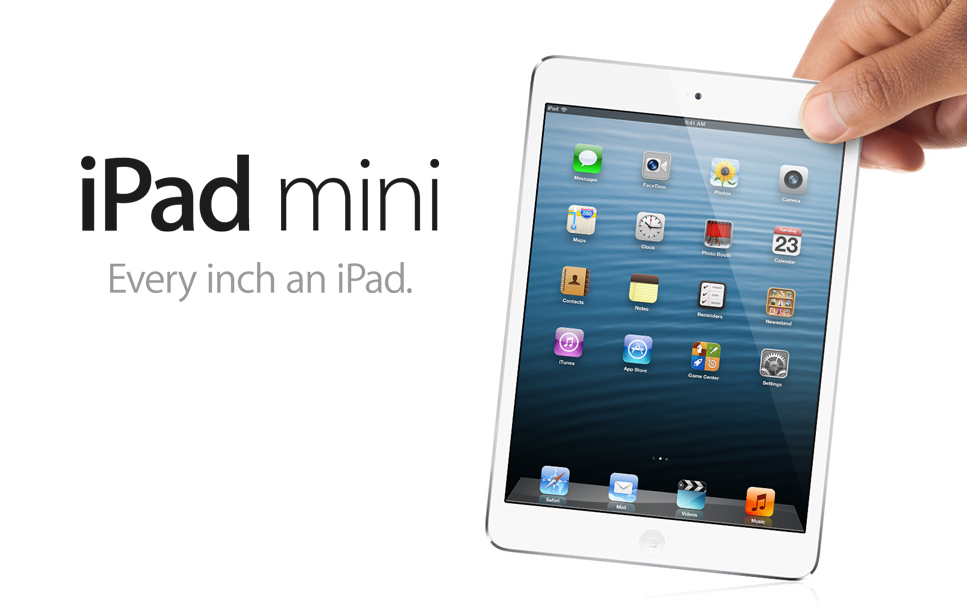 Apple Senior Vice President of Worldwide Marketing Philip Schiller is now live on stage at the company’s special media event in California, and he just unveiled the new iPad mini.

“The iPad mini is every inch an iPad,” announced Schiller.

The iPad mini is the much-rumored smaller tablet from Apple, and it just debuted at 7.9 inches and .68 pounds.

“It’s as light as a pad of paper,” Schiller added.

The new Apple-branded tablet boasts a 1,024-by-768-pixel resolution, like the previous-generation 9.7-inch iPad models, but it has a 7.2mm-thick aluminum shell that is 53 percent lighter and 23 percent thinner. The iPad mini also has a dual-core Apple A5 processor, a 5-megapixel iSight camera, 802.11n Wi-Fi, LTE capability, Lightning connector, and a 10-hour battery life. The base model

Go to 9to5Mac’s full coverage of the iPad mini for more information on pricing and availability.

An image gallery is below.