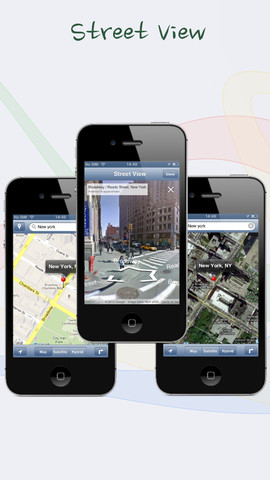 Curiosity – what’s inside the cube: Developer of the Fable series Peter Molyneux is out with an interesting cross-platform title that is also now available on the App Store for iPhone and iPad. The game consists of users tapping away at a giant cube made up of billions of smaller cubes. Nobody knows what’s inside (unsold copies of Fable?), but users will work together across platforms to find out the mystery inside of the cube.

Deep in the centre of the cube is something life-changingly amazing, but only the first person to reach the centre will discover what’s inside.

Tweetbot for Mac version 1.0.1: The Tweetbot Mac App Store app was just updated with a ton of new features, fixes, and improvements. Included in the update is support for “Reading list as a Read Later service” on 10.8 and up, the ability to disable Streaming from within preferences, as well as better keyboard support in “people searcher”. You can also now navigate the timeline using the jk keys. A full list of what’s new is below:

– added support for Reading list as a Read Later service (10.8+ only)
– added jk navigation support in timeline
– added ability to disable Streaming in Preferences
– improved keyboard support in people searcher
– fixed an issue where timeline would scroll down to tweets that were already read
– fixed streaming on accounts with > 1500 followers
– fixed many other reported issues and crashers

Rockmelt version 2.0.2: Rockmelt, an innovative new browser app released for iPad earlier this month, is receiving a huge update today. The app has been climbing the App Store charts, and today’s update addresses much of the feedback it has received from users. Included is faster search and navigation, bigger images, and much, much more:

★ See everything you are following from your profile (just tap on the number)
★ Unfollowing a source will immediately remove their tiles from your stream
★ Following a new source will add their tiles to your stream on next refresh
★ View who and what your friends are following from their profile pages
★ Searching now filters on people and sources, in addition to showing web search results
★ We’re cropping fewer images so your stream will look even more beautiful
★ Radically faster search & navigation
★ Faster reader view opening
★ More reliable web page loading
★ Smoother scrolling
★ Crash & bug fixes

ColorStrokes HD: ColorStrokes makes its way to iPad today with the release of the HD version of the popular iPhone app: