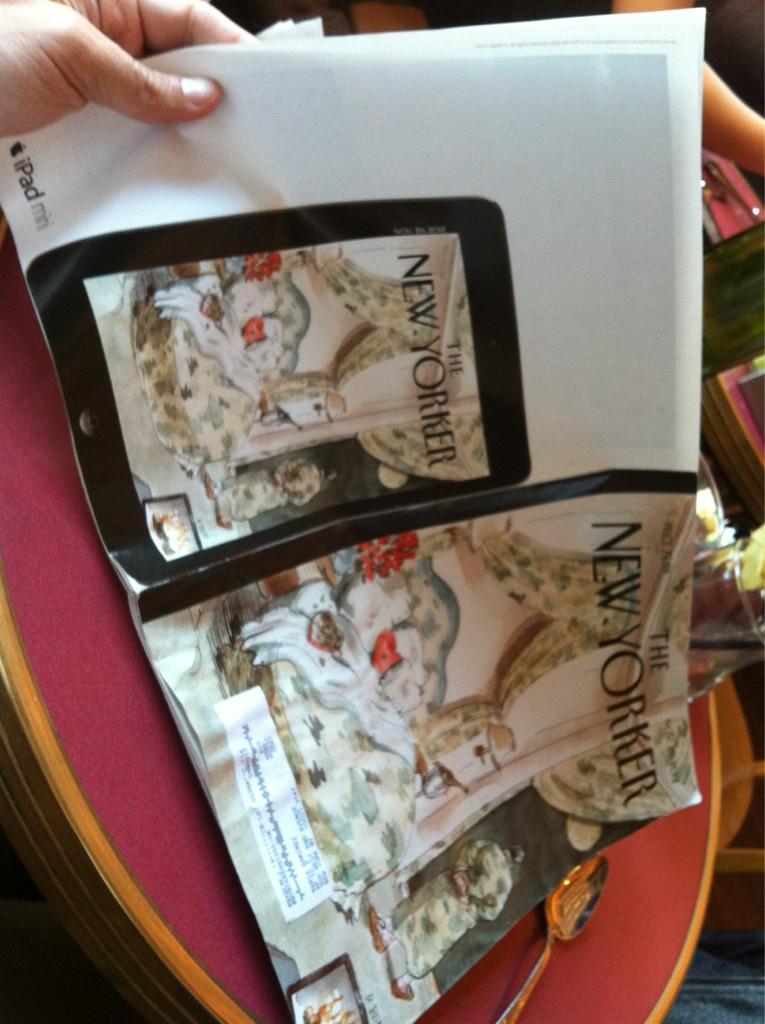 Using its clever advertising tactics, Apple began advertising its 7.9-inch iPad mini in several print magazines. As seen on the cover of the New Yorker above and TIME below, the ads highlight the device’s small, compact design and show how a user can get access to the same magazine content from Apple’s Newsstand feature. This isn’t the first time we’ve seen Apple bust out advertising past the traditional TV spot this month, as it just began running 3D exploding iPod ads on several websites. It can’t hurt to try to juice sales just in time for the holidays, but, to be fair, they should have pixelated the display to signify the non-Retina screen. 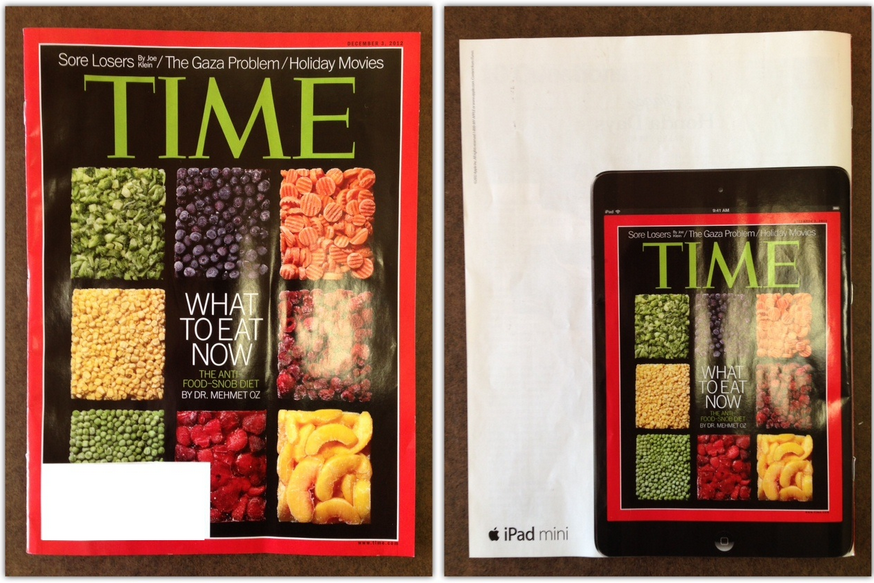 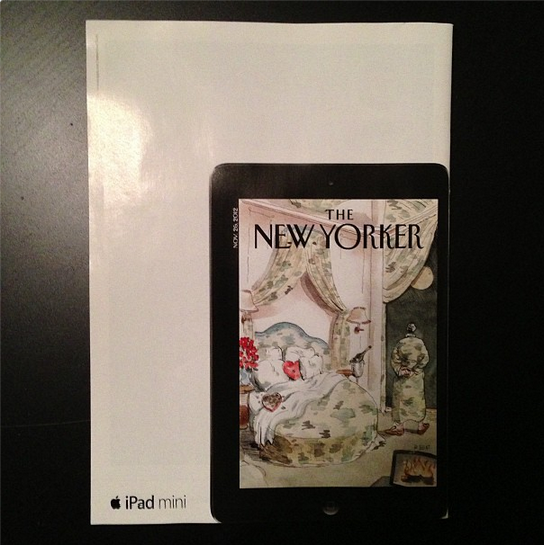