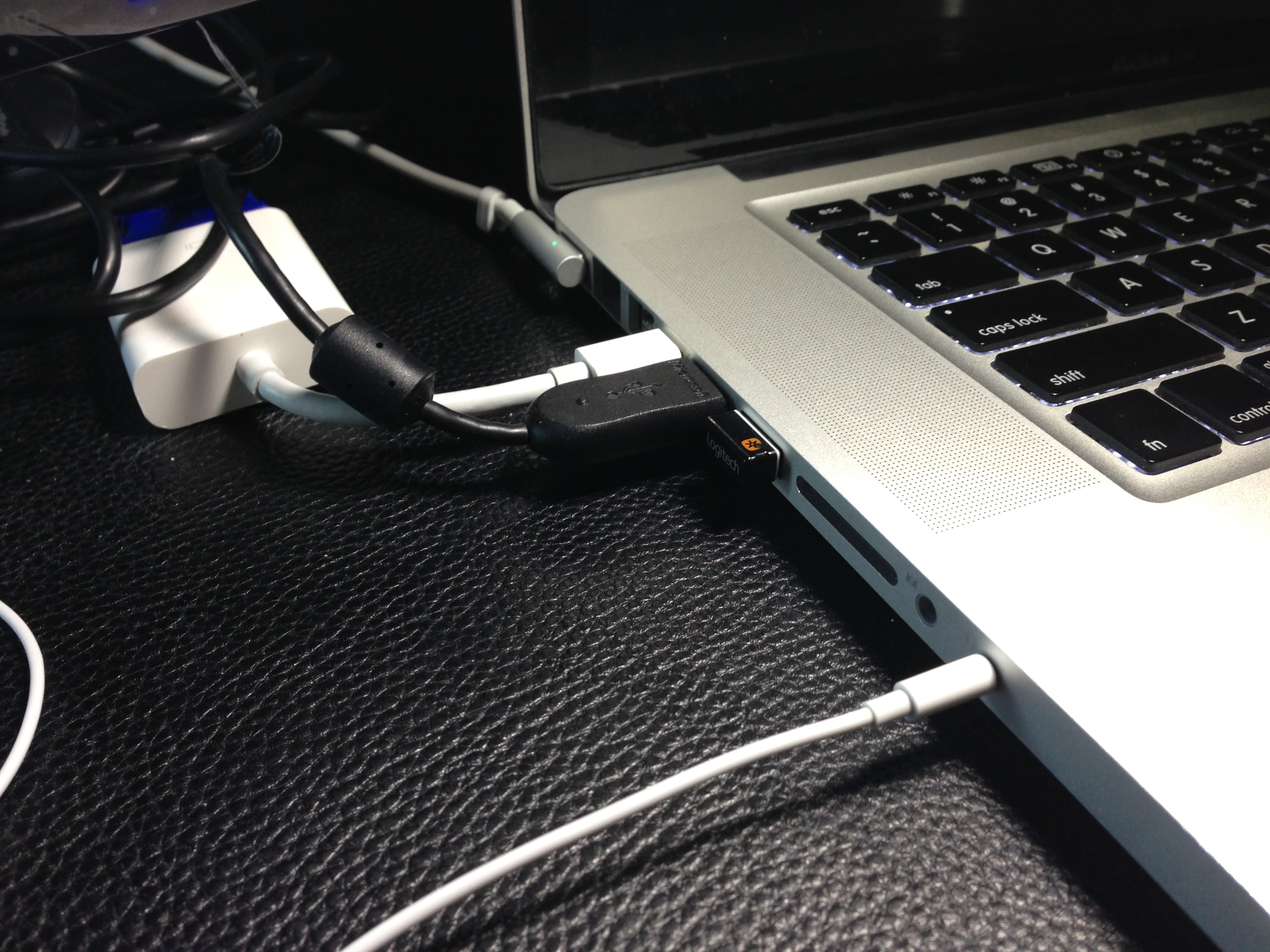 If your desk looks anything like mine, seen above, then you probably know the joys of constantly connecting and disconnecting a handful of cables every time you need to move your MacBook away from your desk or put it back.  In my case, I have to fiddle with these cables every few hours when I take my MacBook downstairs to work in the living room or bring it back upstairs to plug it into my monitor. I hate it.

The ZenDock, which hit Kickstarter today, promises to help eliminate most of this problem for me, and from the looks of it, the folks at ZenBoxx might just be on to something. The ZenDock comes in two varieties: Pro and Retina. As you might imagine, the names correspond to the MacBook model that the dock is designed to work with.

The ZenDock consists of two parts. The first is a base that can be place on top of your desk or mounted on the back of it. Your monitor, speakers, permanent USB devices like external hard drives, and other devices plug in here. This is connected by a single cable to an aluminim box that runs to your MacBook.

The anodized alumnim box quickly plugs into several ports on the side of your MacBook at once, allowing you to connect and disconnect all of your peripherals much faster than if you were to do them all at once. The Pro version supports gigabit Ethernet, FireWire, a Mini DisplayPort connection, three separate USB 3 ports, and an audio input and output. The Retina model features fewer connections—only a Mini DisplayPort, three USB 3 connections, and audio in/out ports—but also sports a Thunderbolt passthrough connection, allowing you to connect additional high-speed devices despite the port being covered.

Both models also feature a slot for the MagSafe power cable, meaning you can attach the charger to your MacBook at the same time as the other cables, or easily pull it out to take it with you on the go. Unlike other docking systems, the ZenDock doesn’t require you to close your MacBook lid, which allows you to continue using the built-in display along with any external monitors.

ZenBoxx has already reached more than fifty percent of their $40,000 funding goal on the first day of the funding campaign. If you want to get a ZenDock, I would advise you to get in on the Kickstarter before it ends. At the time of this writing, the only remaining reward is the $139 tier, which will get you one ZenDock of your choice. The anticipated retail price is $179.