Review roundup: Is Office for iPad worth ninety-nine bucks a year? 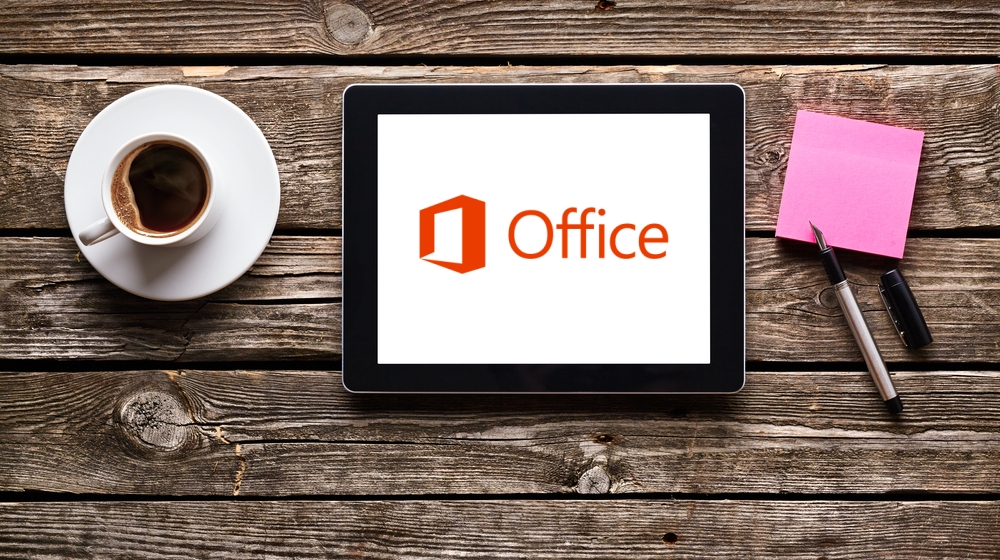 The iPad edition of Microsoft Office has been a long-time coming. This was, it now seems clear, no accident: Microsoft wanted to attempt to boost sales of its ill-fated Surface tablet by pointing to the lack of Office software on the iPad.

Now that the company has accepted the inevitable, that most people would rather have Office on their iPad than buy a Surface, the question is: was it worth the wait … ?

TechCrunch says that the apps are surprisingly polished, but the subscription pricing model is unfortunate.

Everything from button and menu item touch points, to the icons, to the size and design of the cursor when editing documents seems carefully and thoughtfully created […]

Office for iPad on both the new iPad Air and iPad mini with Retina Display runs like a dream, without any noticeable lag or hangups […]

My main complaint with Office on the iPad is no easy access to an AirPlay button for beaming it to a Wi-Fi connected screen. You can do it via the iPad’s native AirPlay menu, but it’s not nearly as convenient as it could be […]

What Microsoft has managed here is nothing short of transforming working with Office files on iPads from a necessary evil to a pleasant experience, and that’s no small feat. It’s unfortunate that they’ve opted to go with the recurring subscription, instead of a flat one-time fee to unlock full editing and document creation.

Office for iPad marks an impressive iOS debut for Word, Excel and PowerPoint. Although some compromises are evident, we’re impressed at the apps’ ability to import and display desktop Office documents without ruining the formatting, and to edit those documents non-destructively. It’s a big step up from the workarounds we’ve previously had to put up with.

The big disappointment is that the apps aren’t available standalone, as other iOS-based office suites are. For those who already pay for Office 365, downloading and installing Office for iPad is a no-brainer, but ultimately the suite isn’t powerful enough to justify stumping up for a subscription on its own.

ArsTechnica said only those forced to use Microsoft Office would use it, for others it’s too little too late.

Most people are going to have one of two reactions to Office for iPad. Some people need Microsoft Office specifically—maybe their publishers only accept .doc files, or maybe they spend lots of time in big group-edited Excel spreadsheets, or maybe they have lots of Word and PowerPoint files that need to look exactly the same no matter what device they’re being viewed on. This describes a huge chunk of the businesses that are tied to Microsoft because of Windows and Active Directory, which find it easier and cheaper to follow along with Microsoft’s vision than it is to seriously explore alternatives. Those people are going to love Office for iPad, as well they should.

Others, like my colleague Sam Machkovech, don’t need a specific tool so much as they need something that does what it needs to and stays out of the way. At the height of Microsoft’s power in the desktop PC era, that tool may well have been Office. Now, those people with no particular allegiance to Microsoft have moved on, whether that’s to Google Drive or Pages or one of the many lightweight note-taking applications that populate the App Store.

Microsoft Office for iPad is a great suite of applications that suffers from few Version-One-Point-Oh deficiencies, printing support aside. But by coming to market so late, Microsoft has missed the chance to appeal to people outside its (admittedly large) core audience.

TIME holds a similar view, saying that it offers plenty of features, though printing is a bizarre omission, but that the suite is geared to those who use Office for everything.

Just about everything that’s good about Office for the iPad — the familiarity of its interface, the support for collaborative editing, the speed with which you can get files in and out of Office on various devices, with their formatting intact – has one overarching thing in common: It’s all about Office for the iPad being part of the greater Office ecosystem, not an island unto itself. The more editions of Office you use, and the more people you work with who also use Office, the more you’ll like the iPad version […]

Paying that kind of money solely to get access to Office on the iPad would be excessive; spending it for Office on all the devices in your household is not.

CNET said that Microsoft got the feature-set right for the device, again viewing it as aimed at those already embedded in the Microsoft Office world.

Rather than just a place to view documents and make small edits, Office for iPad actually lets you get real work done on your tablet. That’s a big, and welcome, improvement from Office Mobile for iPhone. While it’s still not as powerful as the desktop version (obviously), it sits right where it should be, which is comfortably between Office on a computer and a smartphone.

What I’m now realizing is with the iPad app, the limited Office Mobile for iPhone makes a lot more sense. Here’s why: Microsoft reasonably assumes that you’ll start your work on your desktop, then gives you the tools to make substantial tweaks on your iPad with many of the most used features. Then, with Office Mobile for iPhone you can make last-minute edits and fix typos while on your way to the big meeting. Without this piece of the puzzle, the gap between the desktop and smartphone versions was too big. But with the iPad version, it starts to feel like the modern Microsoft Office is a set of tools that truly works together.

With the last piece of the puzzle, Microsoft appears to have finally met the challenge posed by iWork and Google Docs. Both of those competing solutions have their advantages (for one, Google Docs doesn’t require a subscription), but they bring disadvantages as well (such as fewer easily accessible templates).

CITEworld was impressed by Word, unimpressed by PowerPoint and describes the pricing as less than ideal.

The one thing that’s clear about Office for iPad is that Microsoft really focused on thinking out the best ways to deliver an experience that is both quintessentially Office and adheres to the best touch-first experiences possible on an iPad.

Word is clearly the standout star of the suite and the most well executed. Excel is also well executed but not as powerful as it is on a PC or Mac. PowerPoint is simply not up to par with either the other Office apps or its primary competition.

Overall, however, I was much more impressed than I expected. There is room for improvement and Office isn’t going to be the ideal option for everyone, particularly since it requires an Office 365 subscription while Apple’s iWork comes free with new devices (and each app only costs $9.99 for existing devices). That said, for business users and others with an existing Office 365 subscription, it is a welcome option.

Technet says the iPad edition offers only 10-15 percent of the features of the desktop, but that these cover the things you need most.

My overall impression is that the Office iPad apps are a solid effort. Defiantly much better than the editions released for the Windows / iOS / Android Phones. […]

As for user reviews on iTunes? The biggest complaint by far is the pricing, followed by lack of Dropbox support. It’s no surprise that Microsoft is pushing its one OneDrive cloud storage service, but Dropbox is integral to the way that many us use our iPads, so the omission is a pretty big deal.

Other complaints were the lack of support for printing, no ability to save documents to PDF and sluggishness at opening large files.

The bottom-line, then, appears to be that if you’re a big Office user already, the iPad edition probably makes sense. If you’re not, it’s simply not worth the cost of the annual subscription. Personally, Pages and Numbers give me all the features I need on my iPad. If I do need Office on the move, I’ll pick up my MacBook Air rather than fork out $99 (or even $67) a year for Word, Excel and PowerPoint for iPad.