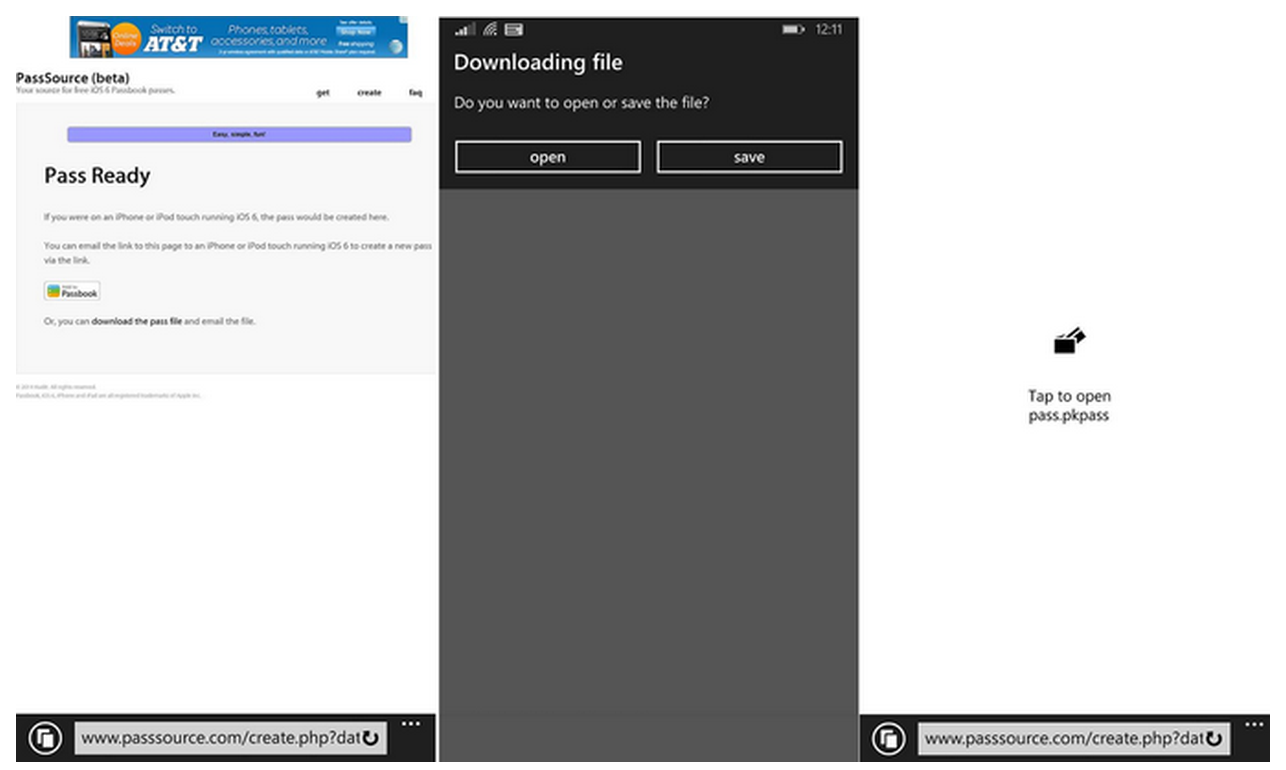 While the Microsoft Wallet app will be able to load the various coupons and loyalty cards usually reserved for Passbook, it’s still a little unclear exactly what’s going on behind the scenes. Microsoft appears to be allowing users to download the Passbook files and rendering its own card for Microsoft Wallet, but the report speculates Windows Phone won’t be able to tap into the push notifications Apple’s uses to update cards like on iOS.

There seems to be some confusion over whether or not Mircosoft is officially supporting Passbook in one way or another, but with a developer preview of Windows Phone 8.1 rolling out today, I’m sure we’ll be hearing more about this soon.