Ahead of Earth Day celebrations planned for tomorrow, Apple today has completely revamped its environmental site with new stats alongside announcements for initiatives planned for the year to come. It also gave an interview with its new head of environmental issues Lisa Jackson. If you don’t want to dig through and read the multiple pages in Apple’s updated report, below we’ve put together a roundup of all the numbers and initiatives Apple announced today:

–9 percent increase in carbon footprint for 2013 (after improving data accuracy from years prior).

–169 percent increase in the use of renewable energy at Apple corporate facilities worldwide (35% in 2010).

-In 2013, converted 73 percent energy for all facilities — 86 percent for corporate campuses, and 100 percent for data centers. 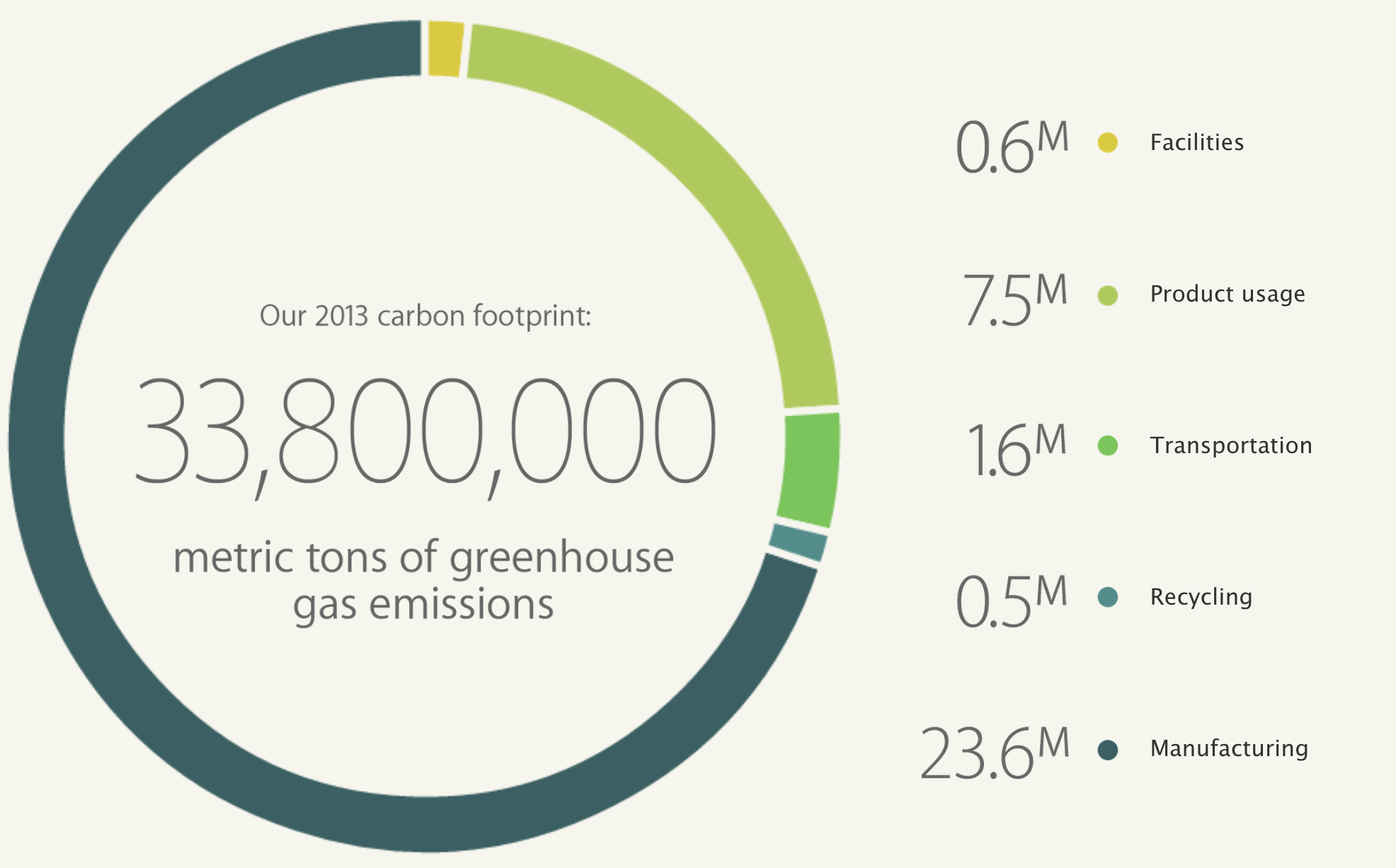 -18‑ to 20‑megawatt solar array with new photovoltaic panel planned for 2015. Will generate over 43 million kilowatt‑hours of clean, renewable energy per year.

–Apple Campus 2 will use 30 percent less energy than a typical R&D office building.

-Power consumption in idle with the display on is 33 percent less than the previous‑generation 11‑inch MacBook Air.

–Timer Coalescing lets a Mac use less energy by grouping operations together, reducing CPU activity up to 72 percent.

–Over 90 percent of recycled material from non-Apple products.

–421 million pounds of equipment diverted from landfills since 1994.

-Reduced the average total power consumed by Apple products by 57 percent since 2008.

-Rollout of PVC‑free cables in China across all products complete.