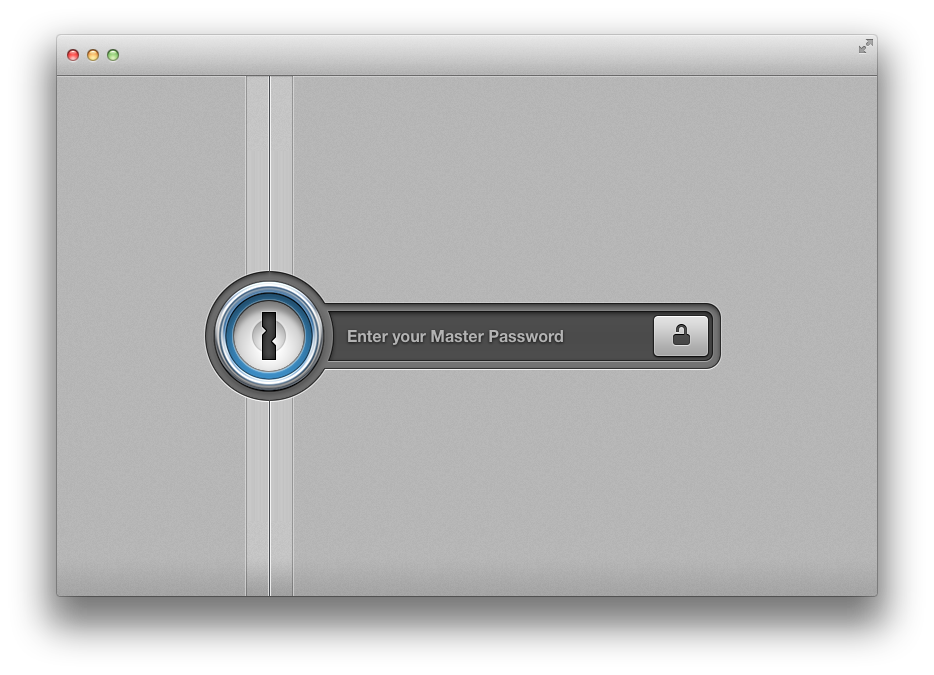 1Password 4 for Mac was updated today to version 4.3 with a bevy of enhancements and new features. Unlike today’s update to the iOS version of the app, the OS X-based update is not an overhaul of the application, but instead focuses on refining the software’s feature set.

This update features big updates to the 1Password Mini plugin, which now allows you to edit your saved items and generated passwords, recognizes a number of new keyboard shortcuts, and supports “fuzzy search” for saved items; the auto-save system, which now prompts you to update your existing password if you create a new password for a saved website; and a lot more.

In the main app, a few important changes to syncing have been made. When you change your master password in the main app, the change will now be synced to all of your deviecs—something that for some reason was not in existing versions. The update also introduces a new syncing method that allows you to copy your vault to a USB drive, which lets you carry your data with you and access it from any computer without the need for a network connection.

The updated app has better URL detection, and can figure out if you’re trying to login to a subdomain of a website for which you’ve saved a password. You can search for data other than domain names in 1Password Mini, including usernames and notes.

A whole host of bug fixes and small tweaks have also been made, including the addition of full-screen mode on supported versions of OS X, better support for multiple Chrome profiles, and improvements when editing items that allows you to quickly pick up where you left off if you lock the app or change vaults with the editor open.

1Password 4.3 is a free update to all current users on the Mac App Store. New users and those using the 1Password 3 or older can get the app for a special half-off price of $24.99 until Friday.

The iOS version of the app, which you’ll want to get so you can sync your data between devices, got a major overhaul today for iOS 7. Like its desktop counterpart, the mobile version is half-off until Friday, meaning you can get it for only $8.99.

One important thing to note is that the Mac App Store version of 1Password never reached version 4.2, while the version available through the AgileBits website did. That’s because Apple rejected the 4.2 update, and rather than resubmit it, AgileBits pushed ahead. The 4.3 update on the Mac App Store contains all of the features found in version 4.2 along with the changes introduced in 4.3.

The full change log for the App Store version is below. As noted above, it may include some items already available in the version of the app available from the developer’s website.

1Password 4.3 for the Mac App Store is a *massive update* that includes all the features from our v4.2 update for our website version. There’s great new stuff here that you’ve been asking for, such as: updating existing items right in the browser when you change passwords, editing items right in 1Password mini, lots of new keyboard shortcuts, USB drive support, sync improvements, and much more!

This wouldn’t have been possible without your feedback. Please continue sharing it with us at support@agilebits.com. We love hearing from you!