Apple may be planning to give the next version of the Mac OS X operating system, 10.10, a larger presence than iOS 8 at this year’s Worldwide Developers Conference, according to sources with knowledge of the plans. Because OS X 10.10 will feature an end-to-end redesign, not dissimilar from the scope of the changes to the iPhone and iPad operating system with iOS 7 last year, Apple wants to heavily promote the new system to developers. Apple has also been allocating iOS user interface resources to OS X teams in order to finish up the new OS X design in time for WWDC, and 10.10 development is said to be “steaming forward…”

The new look will have similar toggle designs to iOS 7, sharper window corners, more defined icons across the system, and more white space than the current version. However, OS X characteristics like the Finder, multi-window multitasking, and Mission Control will not disappear in favor of a more iOS-like experience. Apple is keeping iOS as iOS and OS X as OS X. The convergence will solely surround feature parity that makes sense and aesthetics. Apple is aiming to release 10.10 by fall and is planning a slew of hardware updates to promote the new software. 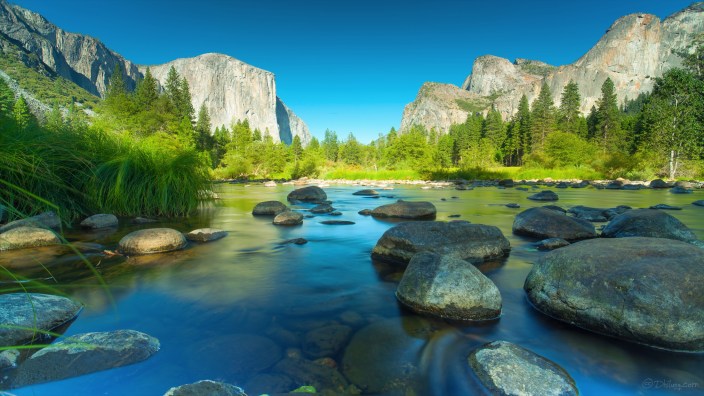 While I understand the internal development codename of OS X 10.10 is “Syrah” (named after the wine), the California-themed marketing name for the software is not so clear. John Gruber suggested on his podcast (the episode in which I was a guest) that Apple should name 10.10 as “OS X Yosemite.” As Gruber said, “big is big,” and what better name for the most dramatic OS X redesign in history than the famous Yosemite National Park? And Apple may agree. The company has apparently been snapping up trademarks for California landmarks such as Yosemite, Mammoth, and Diablo.

As for iOS 8, some changes might not be so immediate.

Over the past few months, I have reported that Apple is working on several different projects for consideration in iOS 8. The list includes a Healthbook application for aggregating various health statistics from App Store apps and third-party medical/fitness devices, an updated Maps app with public transit directions support, a standalone iTunes Radio application to boost usage, VoLTE calling support, TextEdit and Preview apps, and various enhancements across the system.

While all of these features have been considered for iOS 8.0 and its launch later this year, sources are now saying that Apple has begun work on iOS 8.1, and that some of the notable features in the works for the first release of iOS 8 could potentially shift back to iOS 8.1. 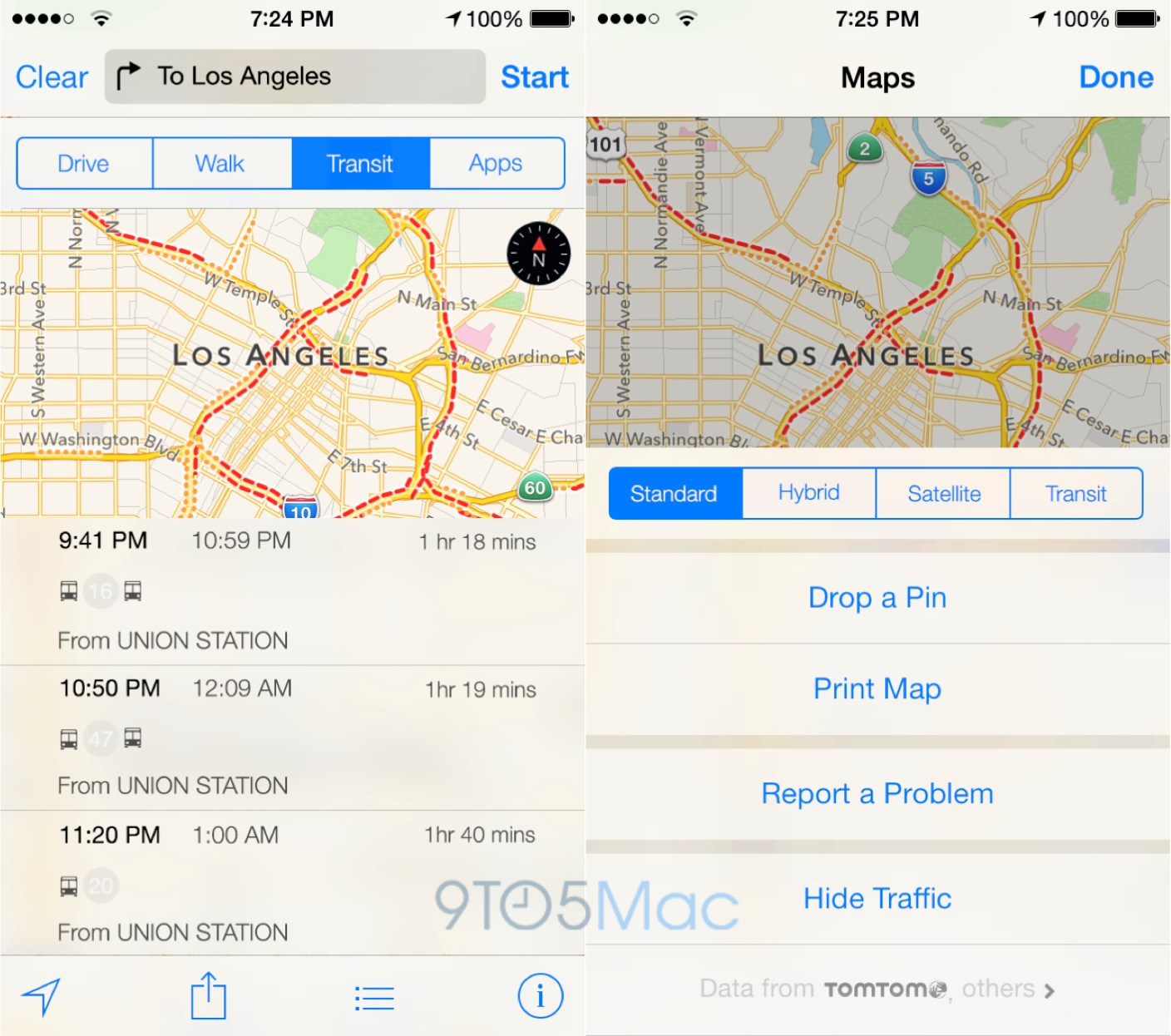 The reasoning behind the potential shift is unclear, but sources speculate that resource allocation to OS X and various other high-priority projects is the cause. It is uncertain which particular features could be pushed back, but sources say that Apple is still racing to properly integrate public transit functionality into iOS 8 Maps and that said functionality is certainly in the mix to potentially be pushed back.

Apple’s upcoming transit routing service is based upon the compiling of transit data from several acquired sources, and Apple is obviously looking to take its time with the launch to avoid a repeat of the problems with its Maps app from iOS 6’s launch in 2012. Apple likely knows it could hold back the release of transit and face little consequence.

While some iOS 8 features may not launch until later in 2014 or early 2015, it is likely that Apple could preview all of the planned iOS 8 functionality at WWDC much like it announced CarPlay approximately a year before the feature’s release.

Besides the iOS 8 features that we have already discussed, Apple is said to be planning some significant changes to iCloud for introduction as soon as this year. Apple has been working on a new iCloud-based service for developers that would make development of cloud-infused apps simpler and more efficient. That Parse-like functionality has been tabled in the past, so it is possible it could be pushed back once again. 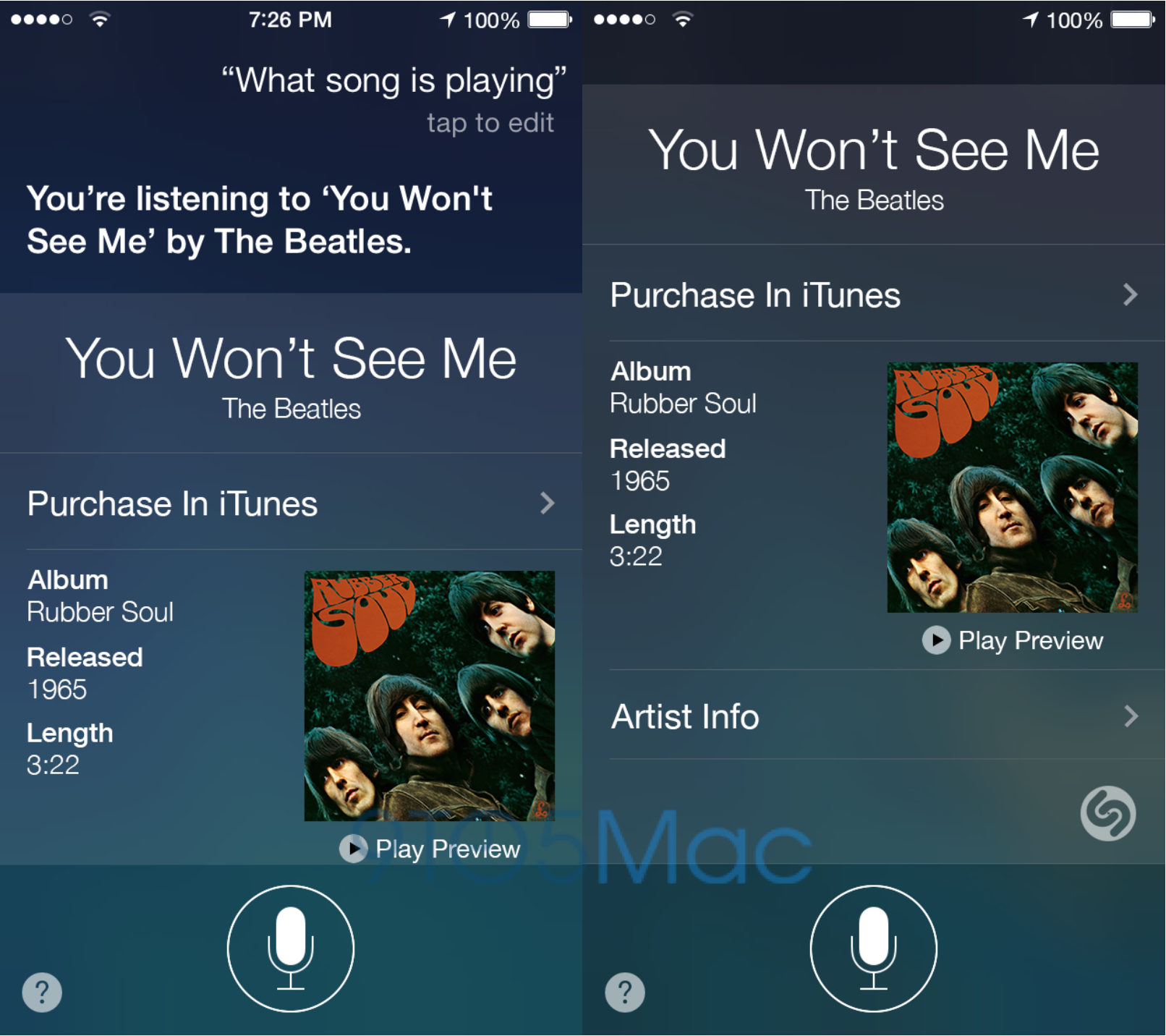 Apple is also working on a song identification feature for Siri in partnership with Shazam, according to several sources. The feature would allow Siri to leverage Shazam’s database to pull up the title and metadata of a song playing from an external speaker. Siri would then be able to present the user with the ability to download the song via the iTunes Store. The mockup above by Michael Steeber is a great representation of how the feature could look. It is intriguing that Apple has chosen to partner with Shazam for the functionality since Apple already utilizes an in-house song recognition database to power iTunes Match. Bloomberg previously reported on the Song ID feature. 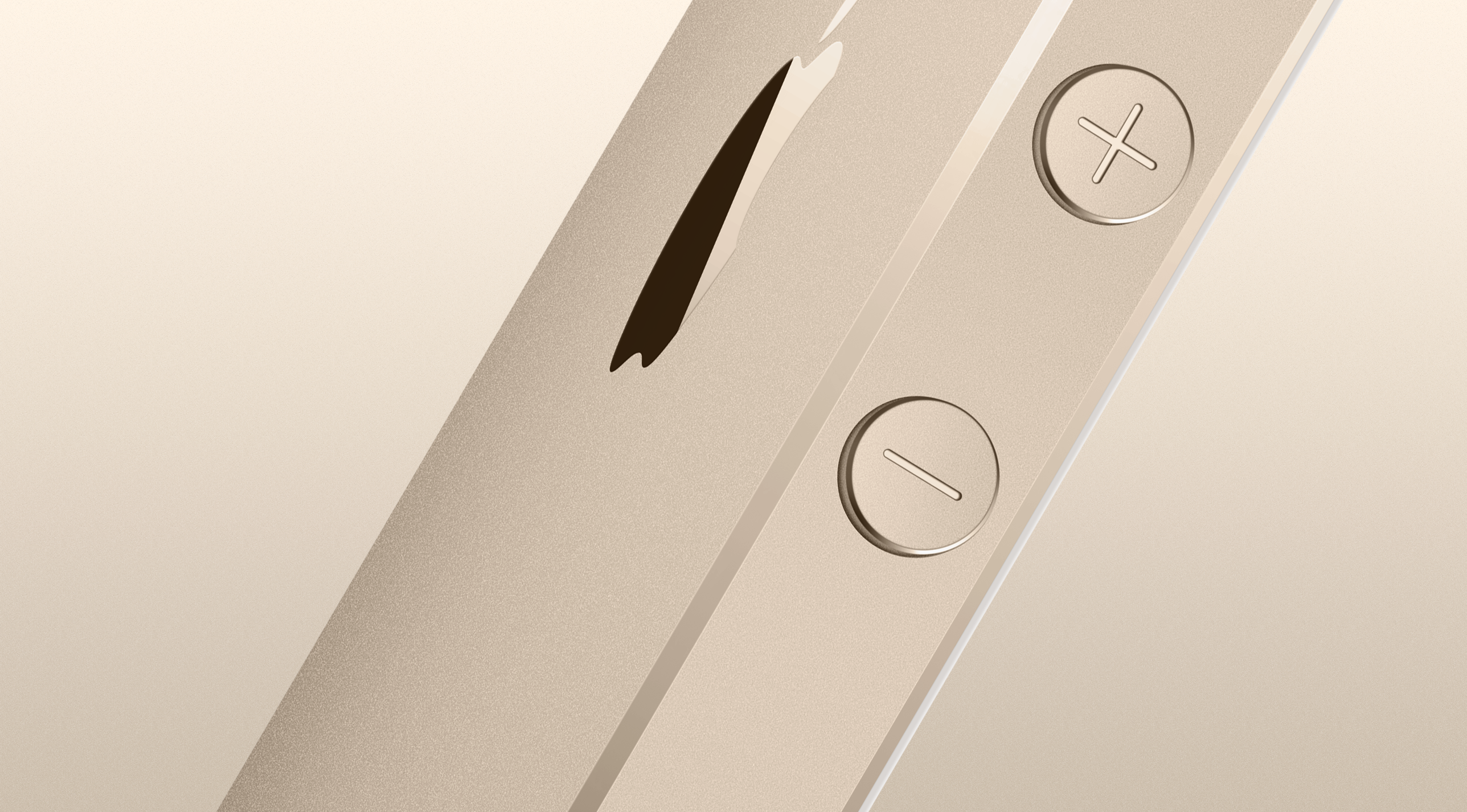 iOS 8 is also being prepared to leverage a new generation of Apple’s in-house processor that is called “A8.” The successor to the 64-bit A7 does not emphasize core architectural changes and speed like the move from 32-bit to 64-bit technology, but it is instead designed to be more efficient for battery life and overall performance. The next version of the iPhone will have a larger display as well as a much thinner body, so maintaining power efficiency is critical. The new iPhone’s larger display, as well as a “high-priority” iOS device that is not an iPhone, also lends itself to another core iOS 8 addition. The feature, dubbed by Apple employees as “multi-resolution support,” is designed to improve the performance of both App Store applications and the general iOS operating system across multiple new iOS device resolutions. 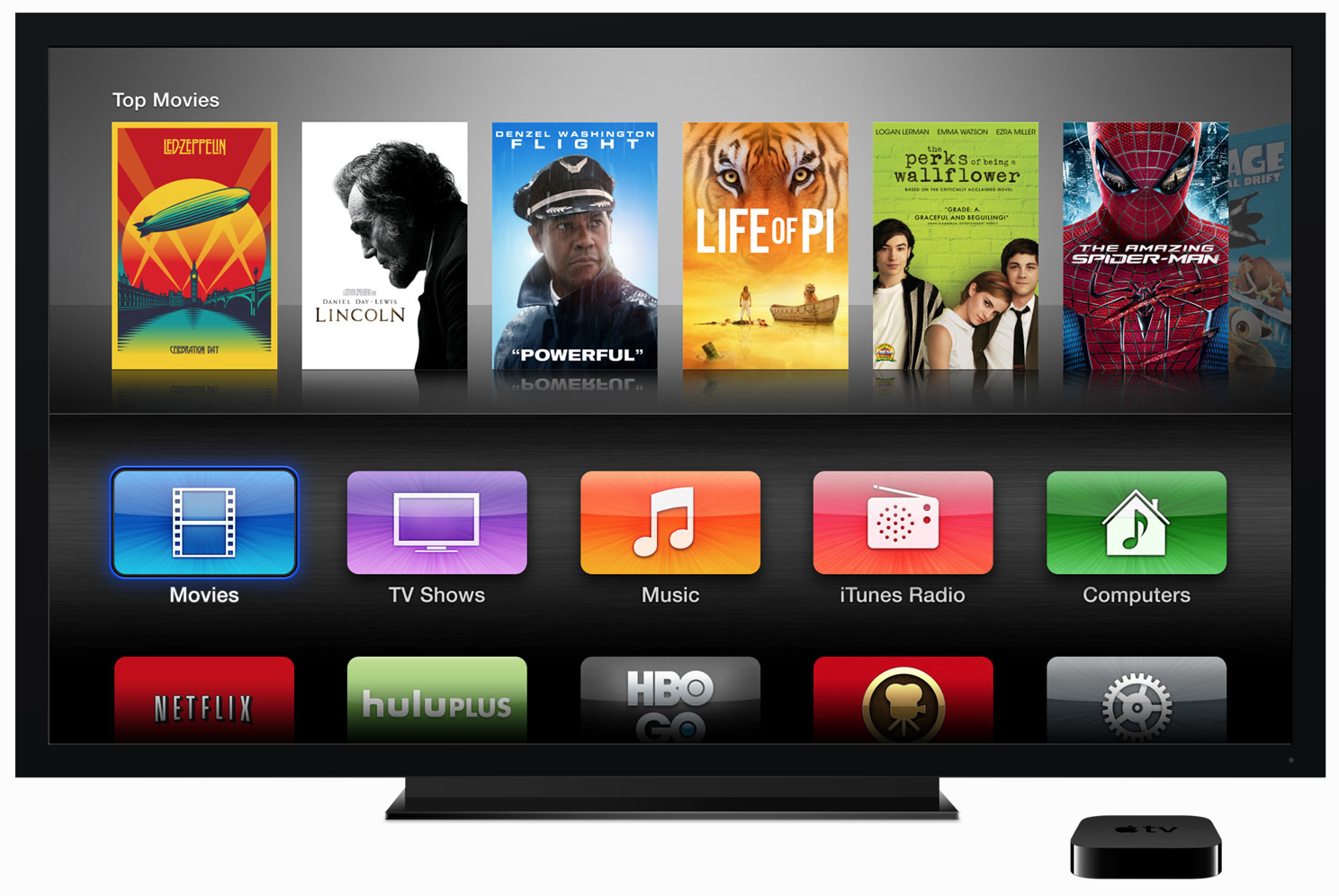 One of the future Apple products that could also take advantage of improved resolution support is the next Apple TV.

Apple originally planned to introduce a new model of the Apple TV in the first half of 2014, but the product’s debut seems to have been pushed back. Sources now indicate that new Apple TV set-top-box hardware as well a thorough revamp of the Apple TV’s iOS-based software are simultaneously in the works, but are not specifically tied together. That means that the new software update could arrive well before new hardware or that the new OS could also support the current-generation Apple TV.

Apple is said to have roped in immense amounts of engineering resources from other software and hardware engineering groups across the company to finish up the next versions of the Apple TV hardware and software. Unlike in the “hobby” days, future Apple TV product development is now a priority.

We previously reported that Apple is working on an Apple TV update to support Siri-based voice control. The new update could also support new types of content such as apps. The new version of the Apple TV software is said to be in development alongside the aforementioned iOS 8.1 release, so it seems likely that the two systems will launch in tandem late in 2014 or early next year. It is currently unclear if Apple will discuss the Apple TV at WWDC, but we know that Apple has been meeting increasingly frequently with cable providers regarding its future plans for the living room.

Regardless of what Apple ends up announcing at WWDC and throughout the rest of the year, we’ll have full coverage and will be bringing you the latest information as we hear it.