Opinion: A Mac’s longevity is its biggest unsung selling point

Apple can’t advertise Macs as having ten-year lifespans for legal reasons, and reviewers rarely write about their old computers ten years later — they’re typically focused on each year’s latest and greatest machine. But the average person buys a computer and keeps using it until it stops working, something I note every time a friend or family member “finally” upgrades from an old Mac to a new one.

This morning, Christopher Phin’s article “Saying goodbye to a beloved 2008 MacBook Pro” recalled the many end-of-life Mac discussions I’ve had with people over the years — specifically that their still-working-but-old Macs are so antiquated that virtually every internal component has been replaced in current models. Yet no one ever says they’re switching from an old Mac to a new PC; instead, the conversation is always about figuring out which new Mac to buy, or whether to squeeze a little more life from the old machine with a hard drive to SSD swap or additional RAM.

The superb longevity of Macs isn’t discussed very often, but it’s due as much to the durability of the hardware as the engineering of the software. Let’s take a quick look at what keeps Macs going so long… 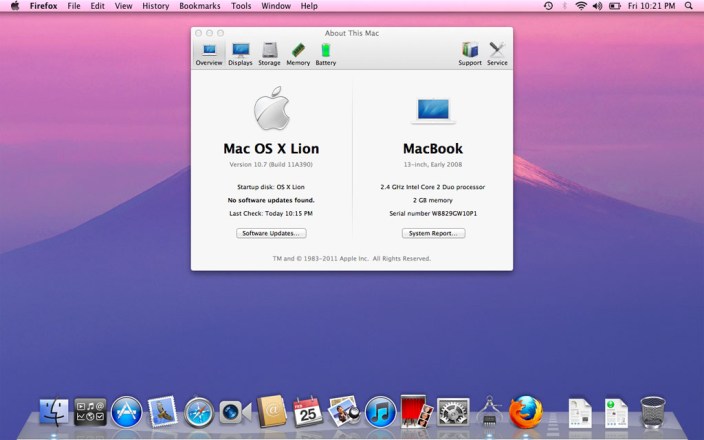 Hard-core Mac fans would be amazed at how many 2015 Mac upgraders are still running OS X Lion, which came out four years ago, or earlier versions of the operating system such as 2007’s OS X Leopard, the last to support PowerPC processors. Yes, it’s true: there are some Mac users who have never upgraded OS X to a new major release over the Internet, used iCloud, or even seen the Mac App Store. 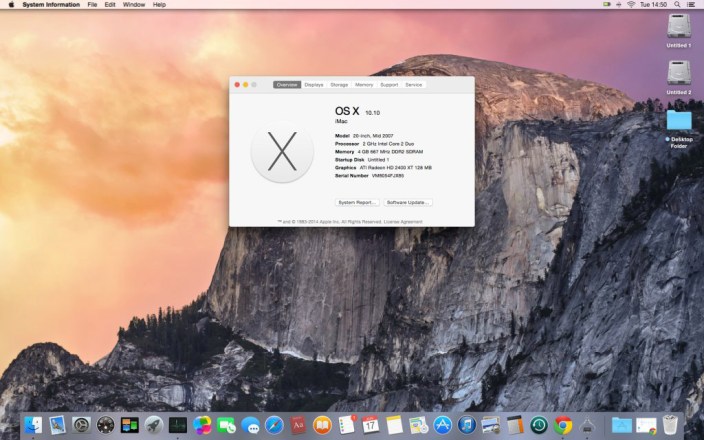 Last year’s OS X Yosemite is much-improved over prior releases, but the fundamentals are the same

As hard as that may be to believe, that’s actually a testament to the Mac’s excellence as a platform. It’s not surprising that users can continue to use 2007- or 2011-vintage software  to send emails, browse web pages, use productivity apps, and play games. For the most part, apps that run on older Macs continue to run on newer ones. And it’s actually a huge plus that someone who transitions from Lion to a newer version of OS X won’t have to re-learn anything fundamental (apart, perhaps, from certain multi-touch gestures) to keep using the Mac just as he or she did before. The screenshots above show obvious cosmetic improvements, but nothing that would stop users of older OS X versions from understanding new ones.

While it’s true that the iterative nature of OS X’s evolution means that there hasn’t been a “must upgrade” OS X change for regular people in years, moving up to OS X Yosemite (or the forthcoming El Capitan) from a much older version comes with an uncountably huge collection of small quality-of-life improvements. And depending on the number of years that have elapsed between one’s upgrades, significant software features such as AirDrop, Notification Center and Push Notifications, AirPlay Mirroring, iCloud, iBooks, and Continuity may seem entirely new to some people. None of these things is critical, but they all make the Mac experience better.

The other key thing about OS X that many mainstream users don’t realize is that under-the-hood software improvements routinely make old Macs run better than they did when originally purchased. Some years’ OS X tweaks improve battery life under certain conditions, while others speed up graphics or general app performance. There are certainly bugs that come up, creating new issues here and there, but the overall trend of OS X has been continuous annual improvement. 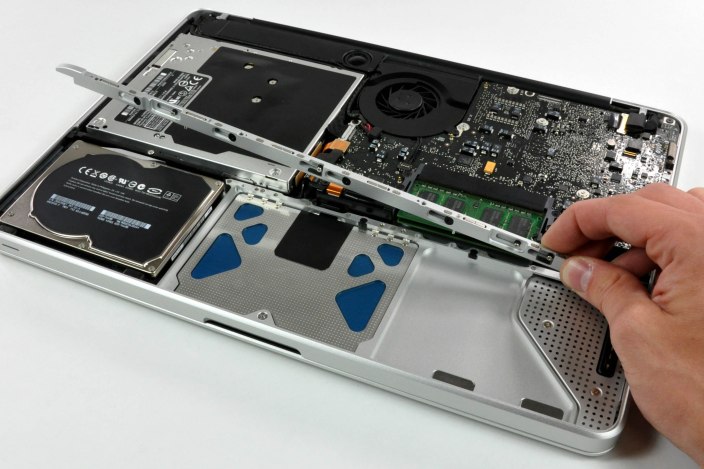 The giant logic board of a 2008 MacBook (courtesy iFixit)

For legal reasons — namely, added warranty responsibilities — Apple doesn’t promise users that their new Macs will last for ten years. But with rare exceptions, it builds Macs to keep running for around that long. Unlike Dell, which in the name of low prices knowingly churned out millions of computers with cheap, shoddy parts, Apple typically selects components that will continue to work for a long time unless (and sometimes even if) seriously abused. Although the company was working towards this goal in the early 2000’s, the real turning point came in late 2008 when Apple began to phase out plastic-bodied MacBooks in favor of universally metal models. There had previously been reason to believe that plastic MacBooks and their iBook predecessors were designed to be replaced every few years. Going forward, there wasn’t much question that all Macs were built to last. 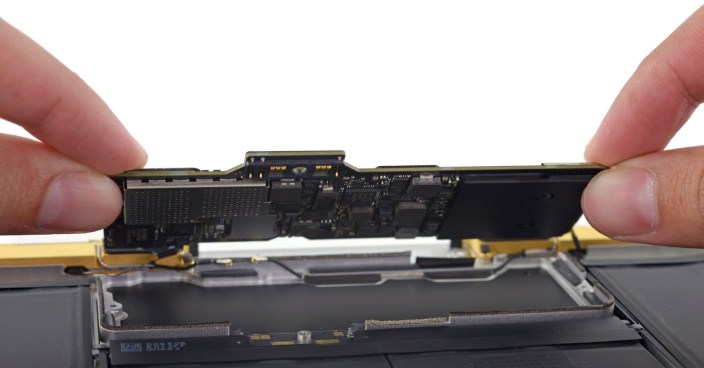 The tiny logic board of a 2015 MacBook (courtesy iFixit)

Exterior resilience aside, the major reason for excellent Mac longevity has been a radical reduction in the number and nature of components inside modern Macs. Compare the inside of 2008’s first all-metal MacBook with 2015’s new all-metal 12″ Retina MacBook and you’ll see how a huge circuit board tied to two mechanical drives gave way to a candybar-sized logic board and exclusively chip-based storage. Fewer parts and fewer moving parts means fewer potential points of failure, as well as much greater energy efficiency, and typically faster speeds. This has been Apple’s hardware engineering philosophy for nearly two decades now, and it keeps getting better every year.

This isn’t to say that every Mac is perfect. Certain components, particularly high-end graphics processors, high-capacity traditional hard drives, and certain early Retina screens, were prone to developing issues over time that Apple has been forced (typically via class action suits) to address with free repair programs beyond their original warranties. But these are exceptions to the general rule that a Mac will run as well (or better) several years down the line as it did on day one. 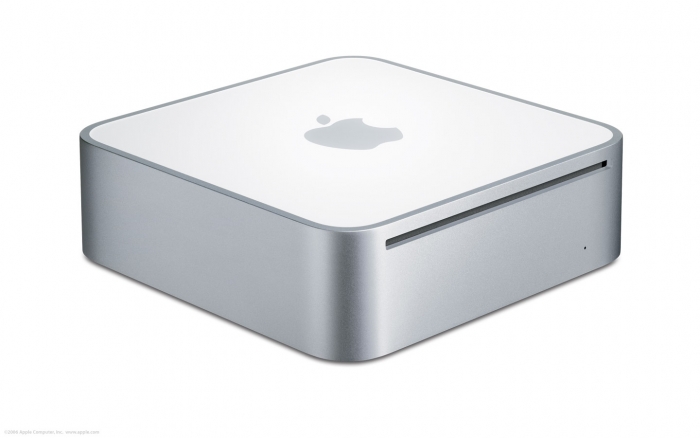 One of the big things I’ve noticed when people buy new Macs is their tendency to keep old ones around rather than trade them in for cash. Even if your Mac was purchased in the 2000’s, it’s entirely possible that it has enough processing power and hard drive space to serve as an iTunes media server for your home, a basic video player for a bedroom, or starter computer for a young student. There are brand new, low-cost Windows PCs being sold today that are less capable of doing these things than an old Mac. So unless you need the cash to finance a new Mac purchase — which can be significant thanks to strong retained resale value — hanging on to your prior machine can be worthwhile, and the old Mac can be useful for years to come.

All of this is to say that for Mac users, at least, it’s hard to complain about the “Apple tax” PC fans used to harp on. It’s certainly true that Macs are more expensive than PCs. But with a Mac, you certainly get what you pay for, and sometimes much more than expected. More often than not, replacing a Mac is an option rather than a necessity, and something undertaken many years after the initial purchase.

Check out more of my How-To guides and reviews for 9to5Mac here! I’ve covered a lot of different topics of interest to Mac, iPad, iPhone, iPod, Apple TV, and Apple Watch users. Don’t forget to click on Older Posts at the bottom of the page to see everything!