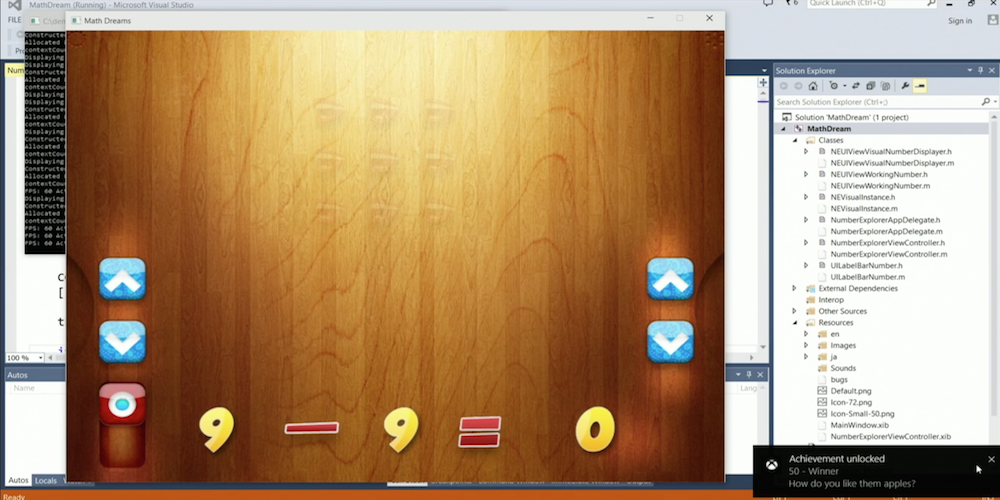 Microsoft first unveiled “Windows Bridge” a few months back, a new tool for developers that aims to make porting iOS apps to Windows 10 easier and hopefully breathe some life into the Windows Store in the process. Today the company is releasing the software, albeit an early release ahead of a final launch planned for later this year in the fall.

The bridge offers developers tools for utilizing existing code from iOS apps to build Windows apps, but Microsoft stressed that its “goal with the iOS bridge has never been simply to run iOS apps on Windows.”

We’re releasing the iOS bridge as an open-source project under the MIT license. Given the ambition of the project, making it easy for iOS developers to build and run apps on Windows, it is important to note that today’s release is clearly a work-in-progress — some of the features demonstrated at Build are not yet ready or still in an early state… The iOS bridge supports both Windows 8.1 and Windows 10 apps built for x86 and x64 processor architectures, and soon we will add compiler optimizations and support for ARM, which adds mobile support.

The early release of the Microsoft Bridge for iOS is available to all as an open-source project on GitHub starting today.

Microsoft noted that the final release in the fall will let devs tap into new tooling capabilities that will ship with the upcoming Visual Studio 2015 Update. The company also has more behind-the-scenes information on how the Windows Bridge for iOS tool works in a blog post here.