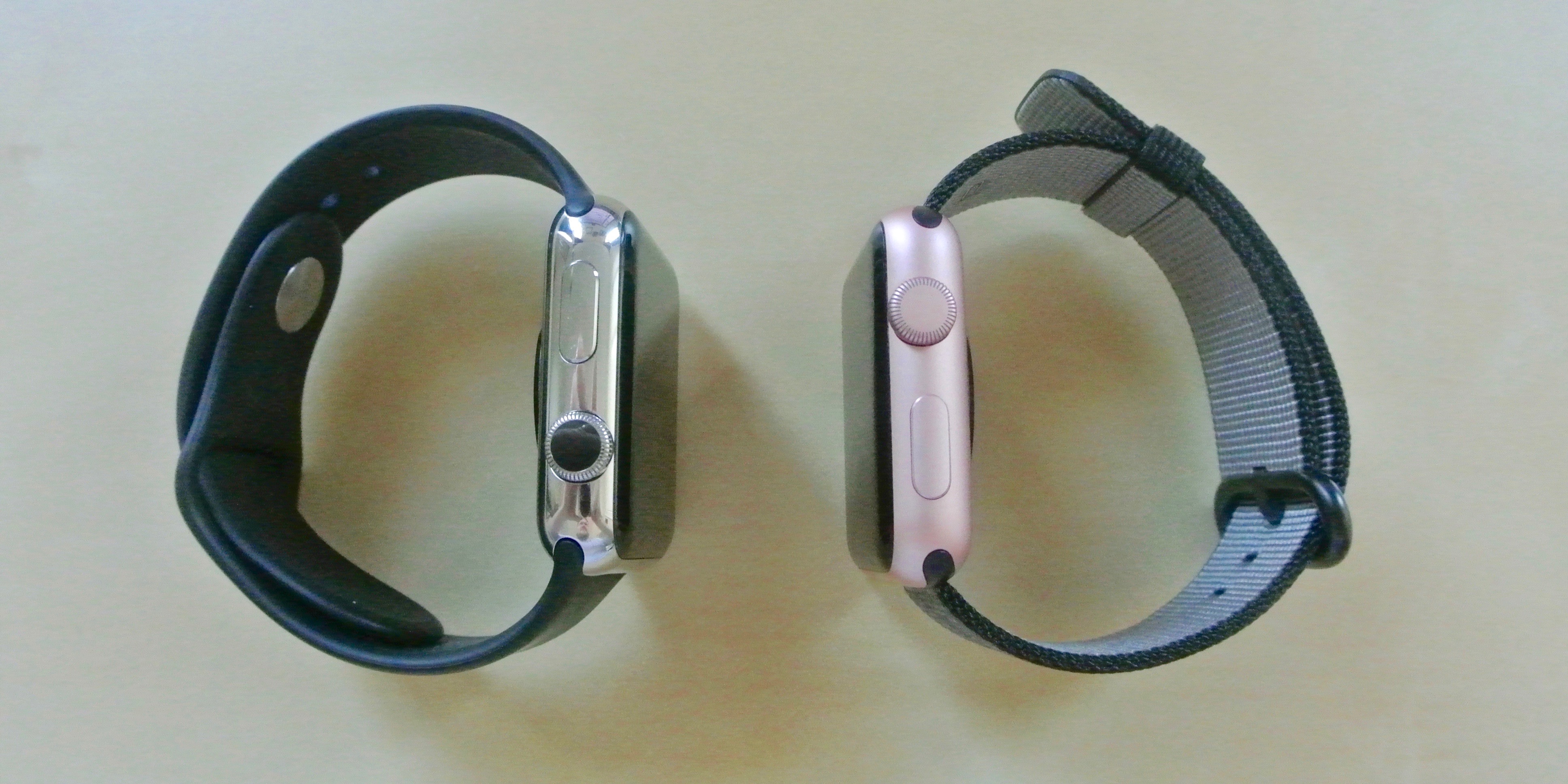 While we’re all looking forward to seeing new iPhones next month, it’s also possible we’ll get our first look at the second generation Apple Watch during the same Apple event. I still love my Apple Watch, but it’s just plain old in fast-paced technology terms.

Apple introduced the current Apple Watch almost two years ago at its September 2014 event where we also saw the iPhone 6 and iPhone 6 Plus. Remember all the hype? Then Apple gave the Apple Watch stage time once again at its March 2015 event before releasing it the following month. This year Apple could either update the Apple Watch soon or go into the holiday quarter with the same Apple Watch as last year.

I’ve considered the window closed for buying the current Apple Watch for a while now so I’m hoping we see an upgraded Apple Watch 2 in a few weeks. After more than a year with the first generation Apple Watch, there are plenty of improvements I’d love to see as well.

While battery life was widely expected to be an issue for Apple Watch before it was released, most users had no trouble getting through a day and a half on a single charge. Instead, speed has been an issue that has defined the first generation Apple Watch. It’s often faster to pull out your iPhone and launch an app than it is on the Apple Watch from your wrist.

watchOS 3 makes a lot of progress with your most used apps, but the first generation hardware still presents the loading screen way too often on apps that you haven’t opened recently. While the gains made by watchOS 3 are really impressive, it will take new hardware to speed up the whole experience.

More processing power should make using apps more practical. Basic system functions like using Siri should also see improvements. Apple Watch doesn’t need to be as fast as the iPhone it’s paired with, but it shouldn’t feel like the iPhone 3GS either. Speed, or lack thereof, is the biggest reason I don’t recommend people buy the current Apple Watch even though I get a lot of utility from mine. 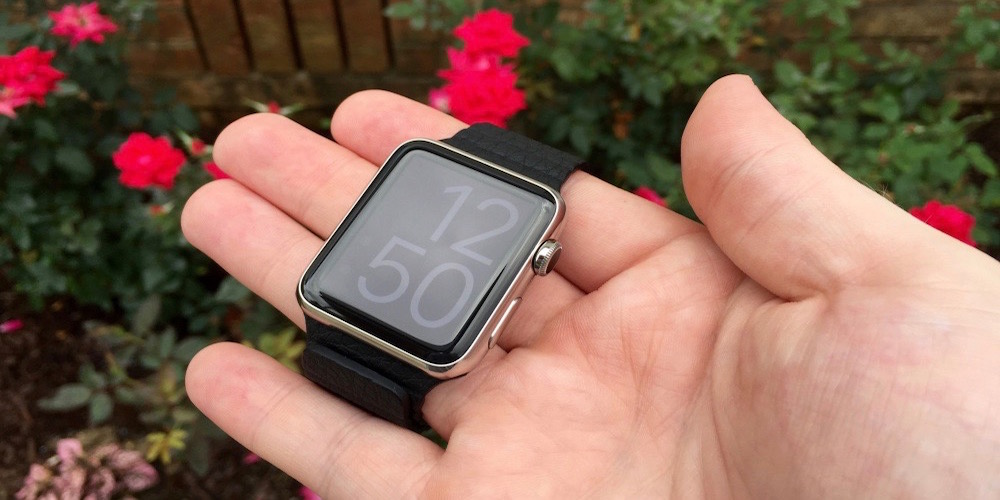 So far Apple Watch 2 sounds like a revision of the internals of Apple Watch 1 without an external makeover and I’m OK with that. You could make Apple Watch much thinner or totally change the way it looks, but it makes sense to optimize performance with the current design before tackling broader changes.

That being said, there are a few hardware improvements I’d like to see in this update.

Compared to traditional watches, Apple Watch is really sub par as a timepiece in direct sunlight. The glass on Apple Watch Sport isn’t as scratch resistant as the sapphire cover on stainless steel Apple Watches, but it’s somewhat more legible in bright environments. I’d love to see Apple improve this situation on both versions though.

Other changes that are possible while keeping the current design including making the Taptic Engine stronger and making the embedded speaker louder. 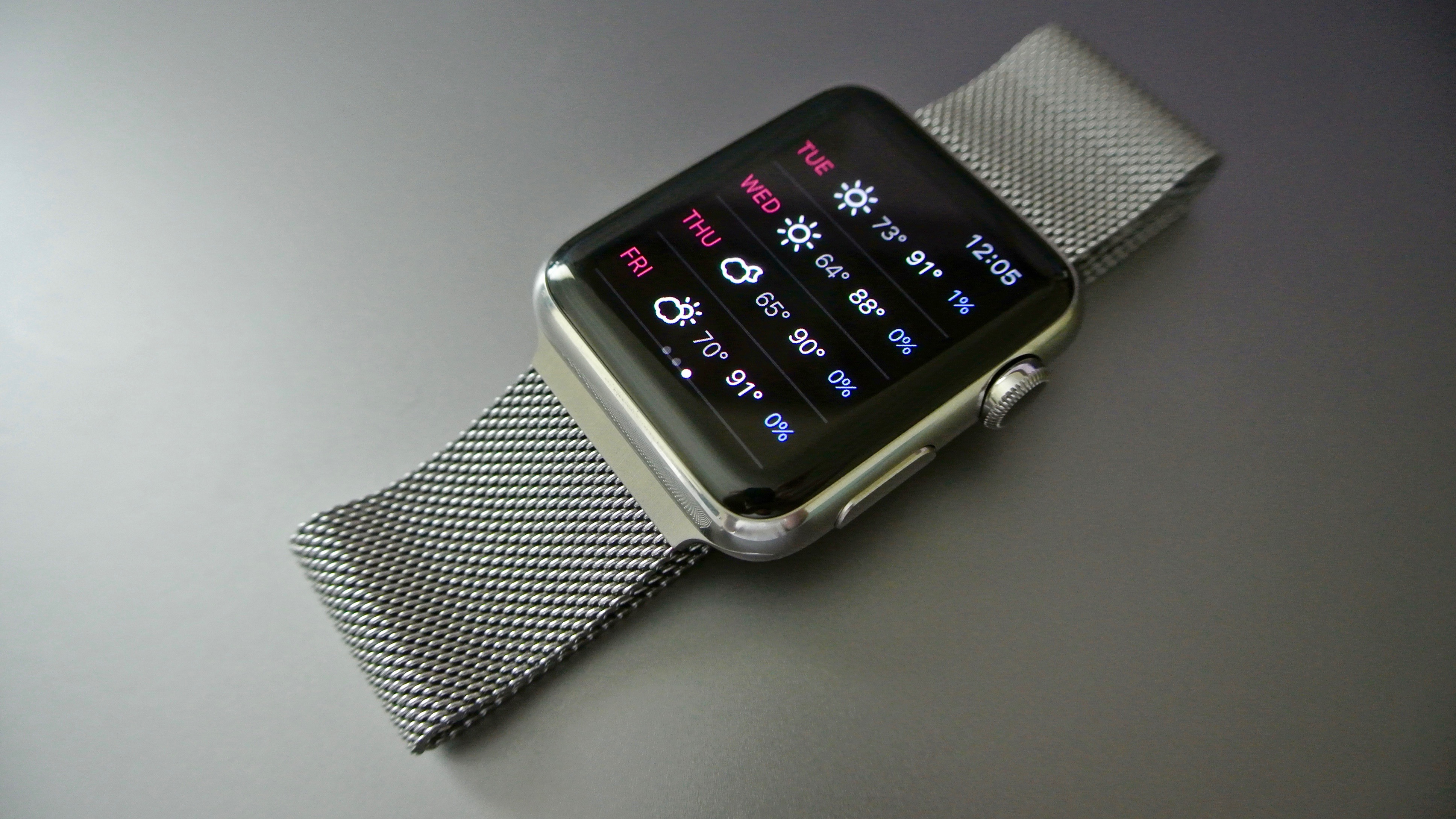 If design did change, I could live with a thinner overall casing. From the side view, Apple Watch can look stubby compared to its bands, although by general watch standards it’s not ridiculously fat.

There’s also a gap between the glass and the display that you can clearly see from an angle or in direct sunlight that I would love to see go away. The OLED screen generally makes the display look terrific in most lighting, but you occasionally see the layers clearly. iPhones and iPads have gotten really good at removing the air gap and Apple Watch has that same opportunity. 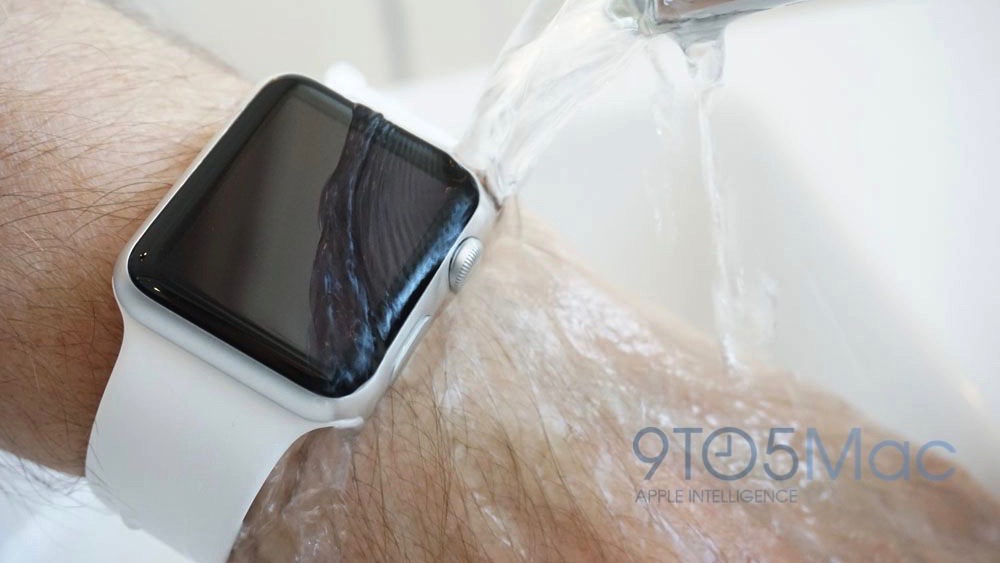 I really want to see stronger water-proofing fit for swim tracking. Apple Watch is more water-resistant than iPhones — Apple even instructs you to run the Digital Crown under warm water to clean it — but I wouldn’t recommend anyone go for a long swim or subject it to high-pressure contact with water.

Some version of sleep tracking would also be nice, although charging nightly makes this a tricky problem to solve until battery life gets much longer and charging gets even faster. Aside from sleep tracking, I generally want to see more sensors added. Sensors that I’m not even aware of yet but ones that would track more aspects of my health and change my behavior the way the current model has done for me.

Generally, if Apple Watch 2 does exactly what Apple Watch 1 does, but more reliably and faster, it’ll be a hit for me. Other rumored features so far have included an embedded GPS, cellular connectivity, and a possible FaceTime camera. 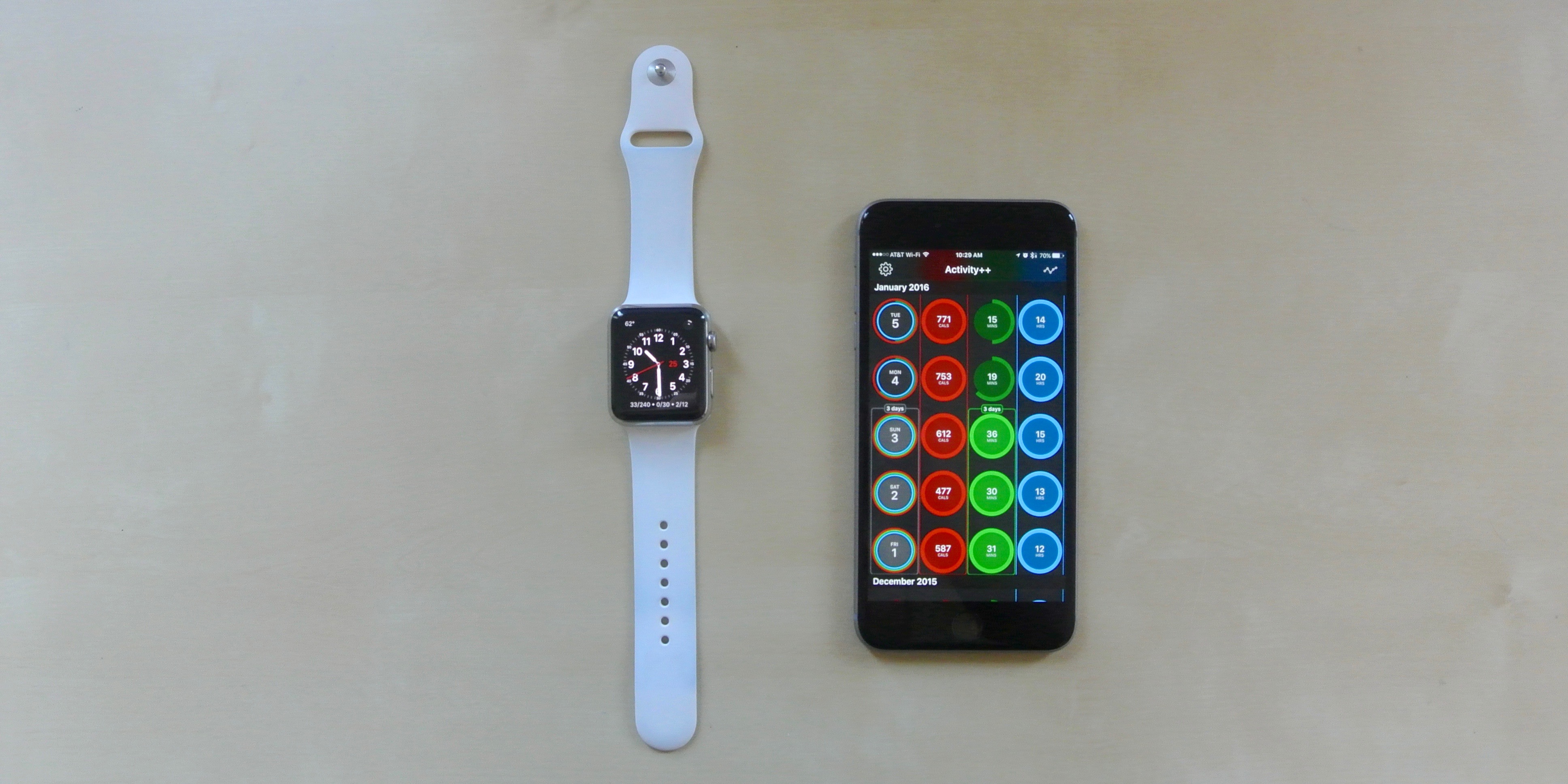 On price, I hope Apple maintains the $50 drop on Sport models. Apple Watch Sport started out at $349 and $399 for 38mm and 42mm models, respectively, then dropped to $299 and $349 earlier this year. Note that at the time stainless steel Apple Watch models did not see an official price drop from their $549 and up prices.

Personally, there’s enough utility from the Apple Watch that I wear mine every day. Activity tracking and alerts keep me hooked, and watchOS 3 is a positive step in the right direction. Refreshed hardware should only improve the experience for me so I’m already planning on upgrading as soon as possible.

Ultimately this decision could change based on what the new lineup looks like, but I’m also planning on only buying the Sport model and not the stainless steel model this time around.

I spent $700 last time and have no regrets, but the Sport model is said to have a better Taptic Engine and the non-sapphire glass is more legible in direct sunlight so I’m happy to save a few hundred dollars this time. I spend more time with the Sport and Woven Nylon bands than the stainless steel-matched leather Classic Buckle strap anyway, and I could always take the stainless steel first-gen model out for fancier occasions without losing activity tracking since switching between multiple watches is possible now. 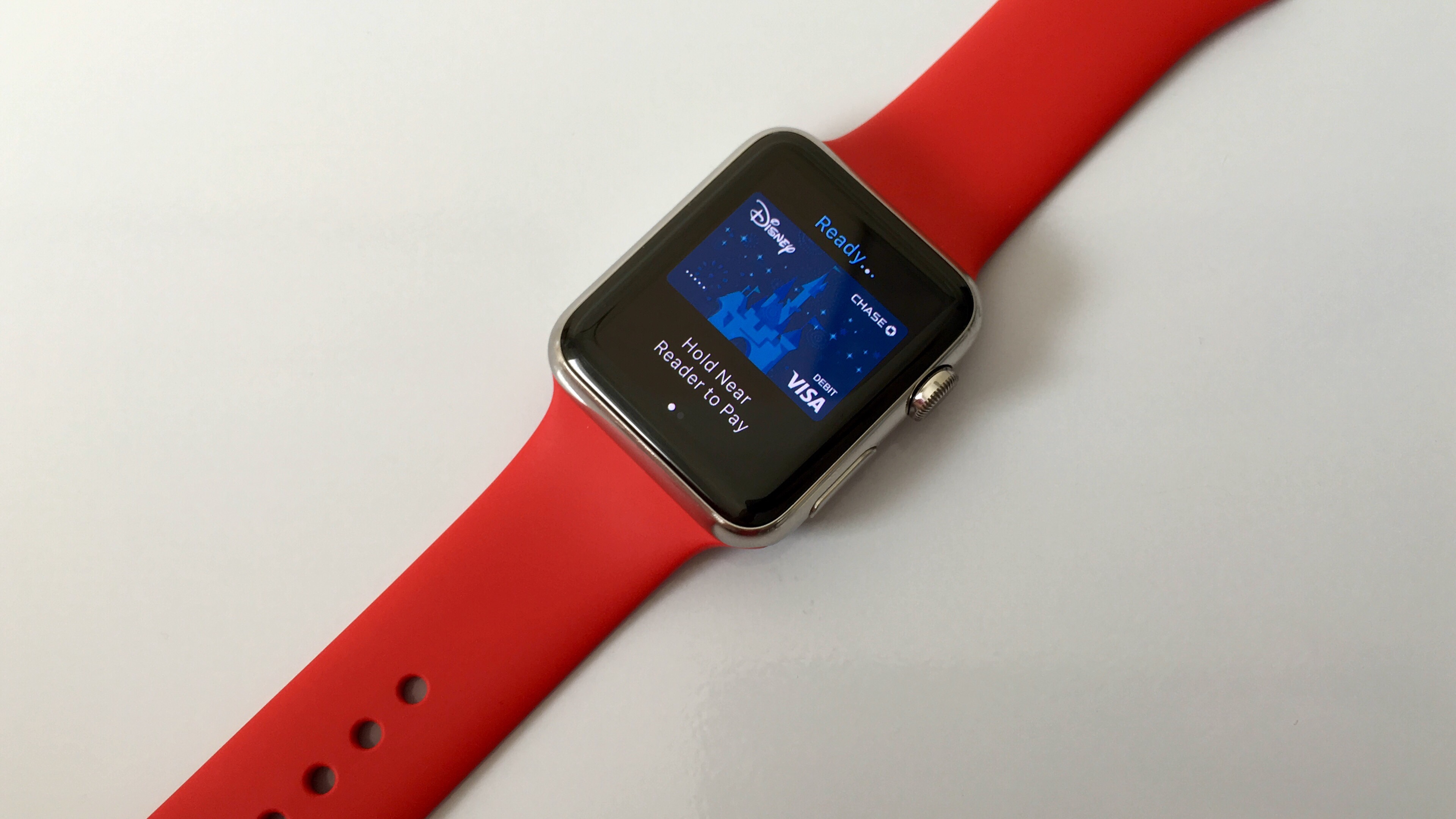 A recent report that Apple could introduce a spec-bumped Apple Watch 1 alongside new models is especially interesting compared to what Apple has done in the past with other products. It won’t be for me, but it could mean a lot more people take a look at Apple Watch if the price is right.

So while Apple’s expected September event is fairly referenced as the new iPhone event (based on product revenue and interest), I’m anxiously anticipating what changes we see in the Apple Watch lineup and how they’ll benefit me.