On its release date, Apple’s iPhone 8 Plus took the the top spot in DxOMark’s rankings for best smartphone camera. Now, the results are in for Samsung’s Galaxy Note 8 and the iPhone 8 Plus has to share its short-lived title.

Before diving into the details, it’s always good to remember that rating camera performance is a subjective matter. While DxOMark certainly does a thorough job testing cameras in all sorts of conditions, it is a human who scores each attribute, as opposed to an objective test like CPU benchmarking.

So, how did the Galaxy Note 8 do? The device received an overall score of 94 points just like the iPhone 8 Plus. However, the Note 8 scored lower on the video portion coming in at 84 points (lining up with CNET’s recent review), with the photo sub score coming in at a record 100 points.

While DxOMark shares that there is a lot to love about this camera, it calls it “The best smartphone for zoom”. Here is a comparison of the Note 8 and iPhone 8 Plus at 8x zoom: 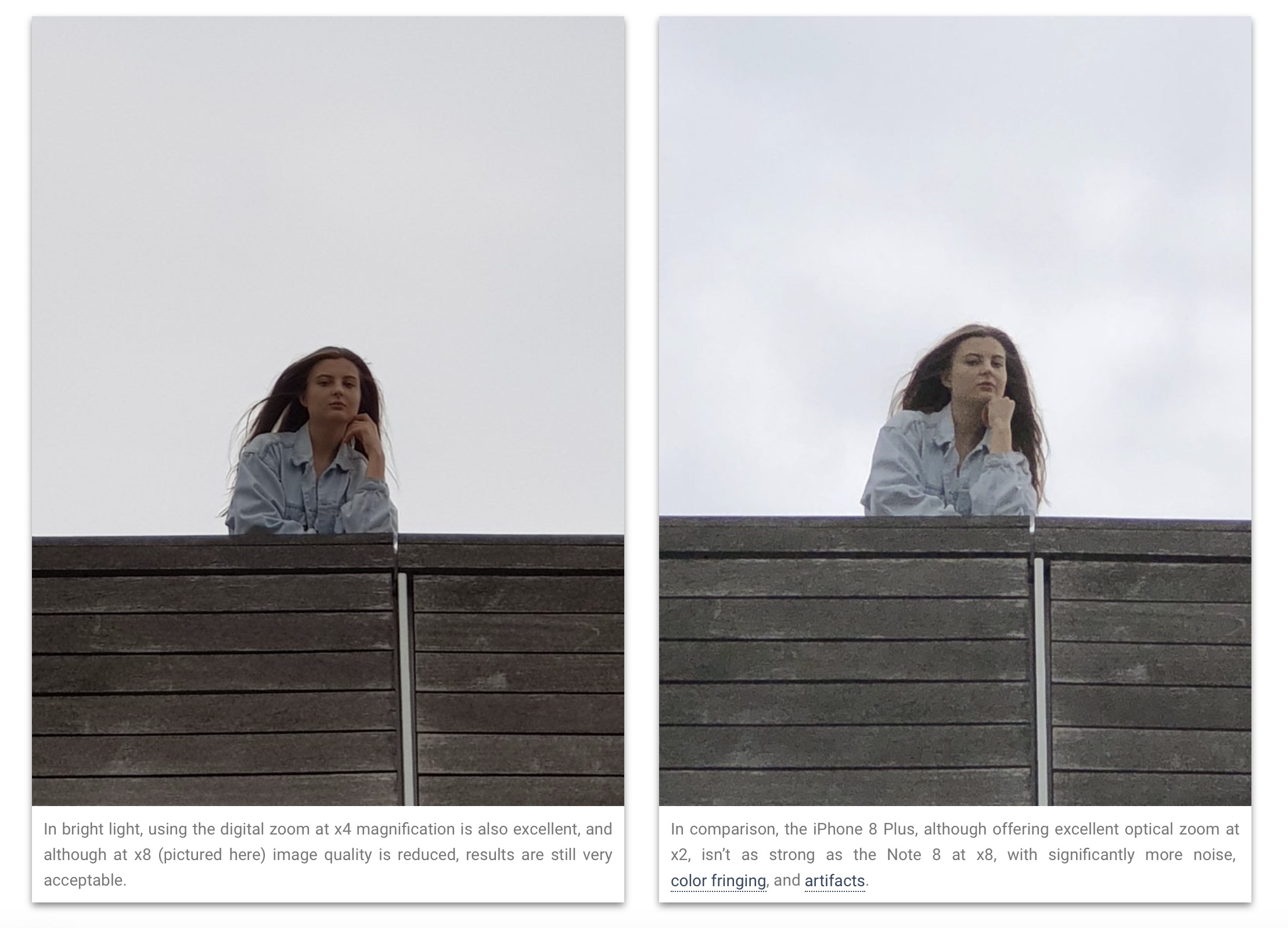 Another aspect where DxOMark feels the Note 8 camera shines is with bokeh effect (when it works). DxOMark notes that, “Repeatability is also a bit hit and miss, and although the bokeh effect kicks in more often when shooting static subjects, we found the effect wasn’t applied on around a third of our portrait shots.” 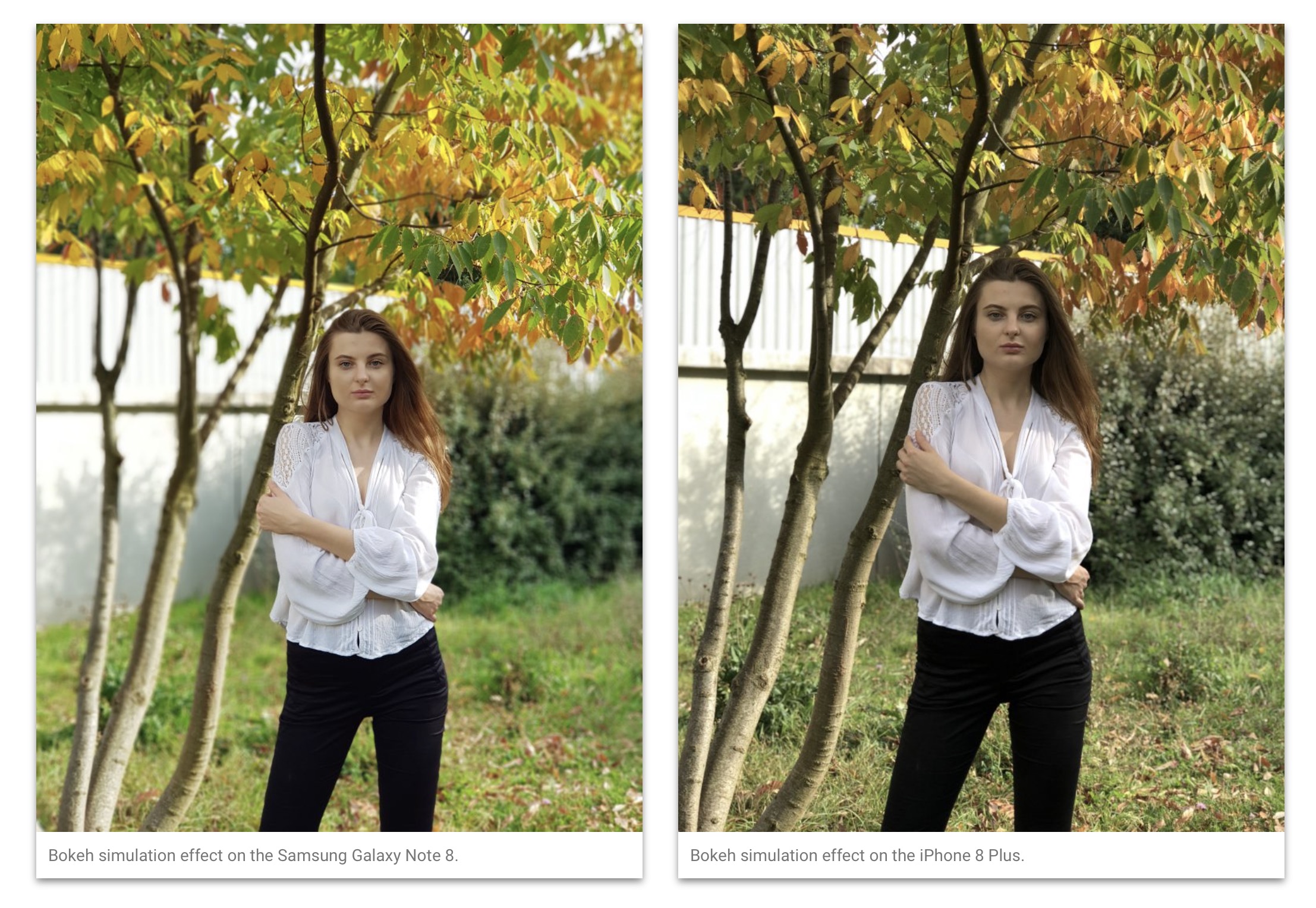 Bokeh simulation on the Note 8 does a pretty consistent job in both low and bright light conditions. Its strengths are a strong blur or depth-of-field effect, which can make for some striking portraits.

As for video, the Note 8 lost points in this review for a more limited dynamic range and users having to manually enable autofocus tracking.

As for DxOMark’s conclusion, it details the Note 8 as an “outstanding choice for the smartphone photography enthusiast, matching the top overall score of 94 points of the iPhone 8 Plus.” But, it alludes to expectations that the iPhone X or Google’s Pixel 2 XL will top both of these devices, “With new devices on the horizon from several of the key innovators for smartphone photography, will the Note 8 be able to hold onto its top spot? Time will tell.”

As for the iPhone X, its camera system features a wider aperture on the telephoto lens coming in at ƒ/2.4 and includes dual optical image stabilization, while the iPhone 8 Plus has a ƒ/2.8 for the telephoto lens and doesn’t feature dual OIS. DxOMark’s full review of Samsung’s Galaxy Note 8 can be read here.