With the launch of iOS 12 this past September, Apple brought RAW editing support to the built-in iOS Photos app for the first time. The feature is a welcome addition, but iPhone users shooting RAW images will likely be dissatisfied by the rudimentary editing controls available in Photos. Today, Gentlemen Coders released RAW Power 2.0 for iOS and macOS with an impressive list of enhancements aimed at helping you get the most out of your photos.

Before developing RAW Power, Nik Bhatt of Gentlemen Coders was an Apple engineer working on the iPhoto and Aperture teams. His knowledge of Apple’s photo frameworks informs the design of RAW Power. We took a look at the first iteration of the iOS app when it was released last November.

In the months since, iPhone camera improvements have driven more interest in RAW photography by casual photographers without multi-thousand-dollar camera rigs. RAW Power 2.0 is still built around iCloud Photo Library, meaning most customers can get started right away. For power users, a standalone Mac app is available and gains some impressive new features. But let’s begin by looking at iOS.

On the iPhone and iPad, new adjustments and workflow enhancements are now available. Camera presets are planned for a future version. If you’ve used RAW Power before, you’ll already be familiar with the design. On small devices, the interface has been optimized to expand and collapse as needed for maximum usability. The app has also been fully updated to support the new Liquid Retina displays on the 11-inch and 12.9-inch iPad Pro. On my 11-inch model, the app was quick and snappy, and edits were applied in real-time. 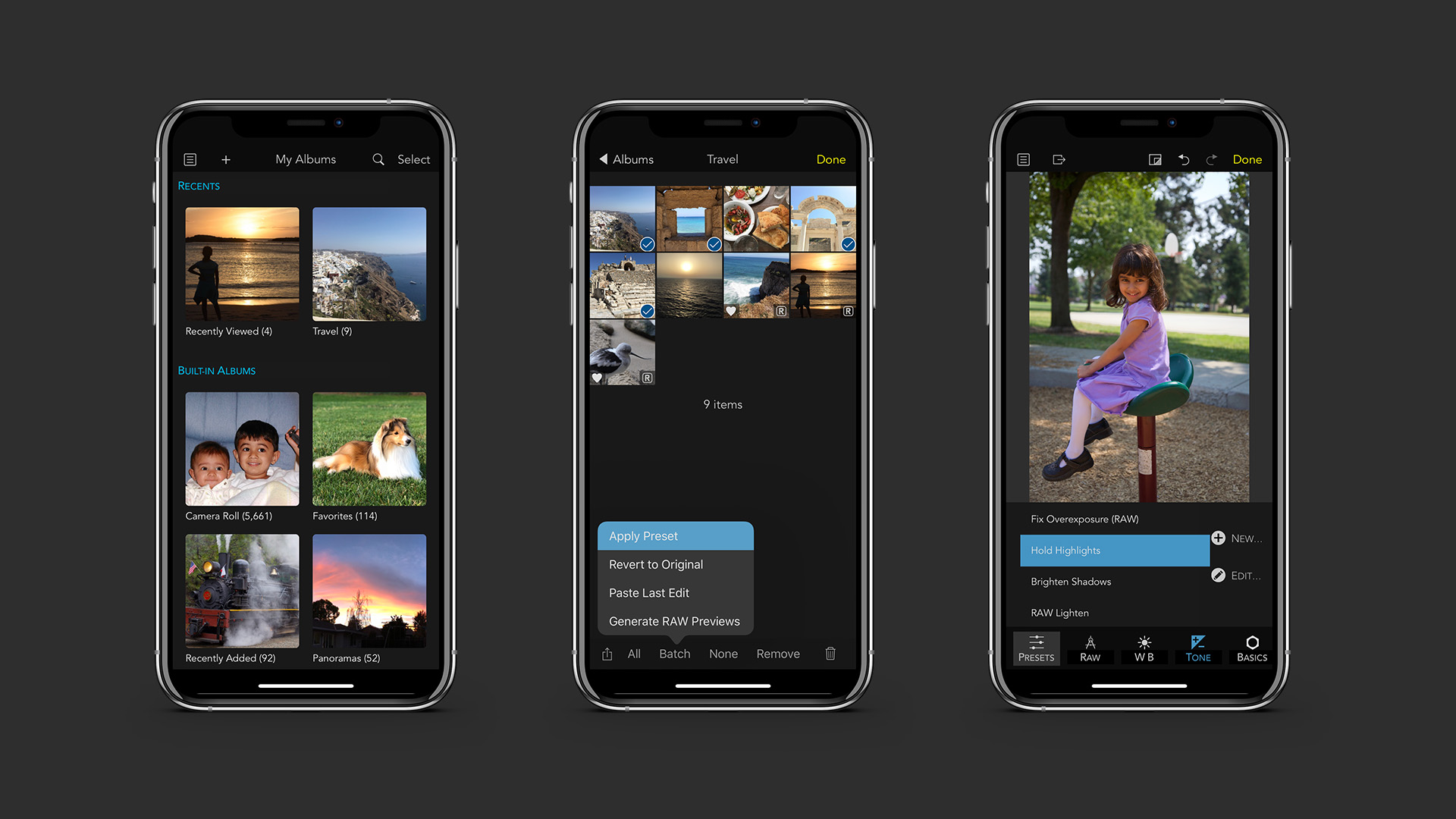 New Chromatic Aberration, Perspective, Black and White, Vignette, and Enhance adjustments are all compatible with the Mac version. Built-in and custom presets don’t sync between the applications at this time, but the adjustments they apply will.

RAW Power for iOS now supports batch processing. This means you can apply presets and adjustments to multiple images in one action. Since iOS asks for permission before modifying any item in your library, RAW Power completes every item in the batch before saving, meaning you only need to grant permission once. 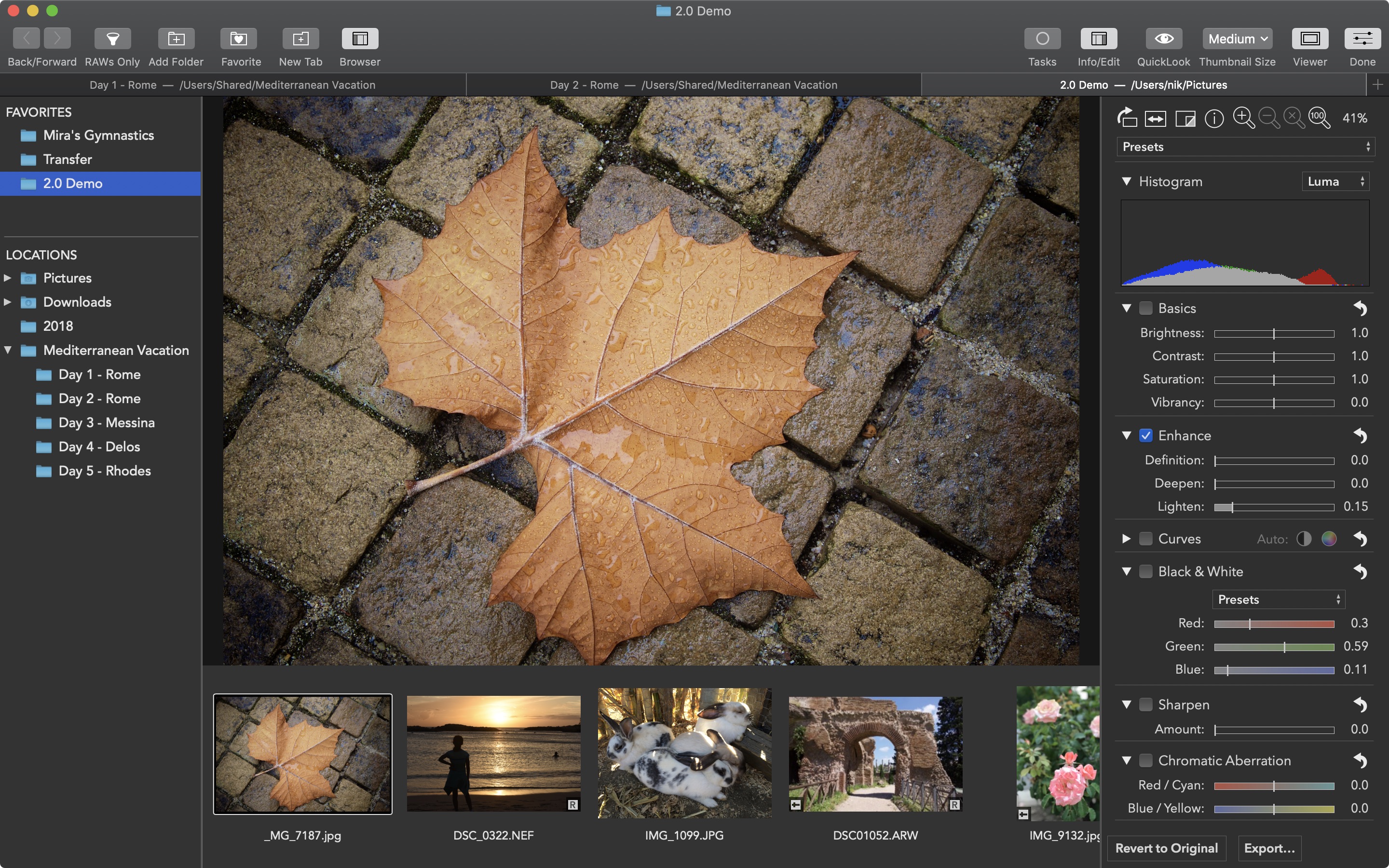 On the Mac, RAW Power gains many of the features and enhancements brought to iOS. The new version also takes advantage of the flexibility of macOS to offer more ways to browse and open your images. The same Chromatic Aberration, Perspective, Black and White, Vignette, and Enhance adjustments are available in both the standalone app and Photos extension. Enhance includes “Lighten” and “Deepen” sliders that cleverly add richness to images without creating an unnatural look. I was impressed by RAW Power’s ability to recover detail and color information even on JPEG files.

The standalone Mac app offers more features than the Photos extension can provide. Outside of Photos, the app can’t sync with your iCloud Photo Library, but images can be imported and exported to upload to cloud storage. I prefer the Photos extension for its simplicity. A full file browser is now available inside RAW Power that behaves similarly to Finder. Folders can be favorited, image metadata is viewable, and Quick Look is supported.

The app now supports tabbed windows, so you can browse multiple locations on your drive at once or even edit multiple files simultaneously. For fans of Dark Mode in macOS Mojave, RAW Power offers full support.

Like on iOS, batch processing is supported. Applying presets, pasting adjustments, reverting, exporting, and custom naming can be done in a batch. A background processing task view lets you see the progress of your edits.

RAW Power for Mac 2.0 is compatible with macOS High Sierra and Mojave, and is available for an introductory price of $26.99 before returning to $29.99 after November. Version 2.0 is a free upgrade for existing customers.