As Apple announced a monster Q2 earnings with $89.6 billion in total revenue, a major driver for the growth was its services. Apple rarely shares specifics on its subscription numbers, but CFO Luca Maestri said that the company now has 660 million paid subscribers for its services.

END_OF_DOCUMENT_TOKEN_TO_BE_REPLACED

Spotify has been one of the major tech companies to accuse Apple of having too much power and using monopolistic business practices. Now after Apple’s September event which included the official announcement of its Apple One services bundle, Spotify has hit again with a statement of condemnation.

END_OF_DOCUMENT_TOKEN_TO_BE_REPLACED

Multiple Apple services down for some users, six hours and counting [update: back online] 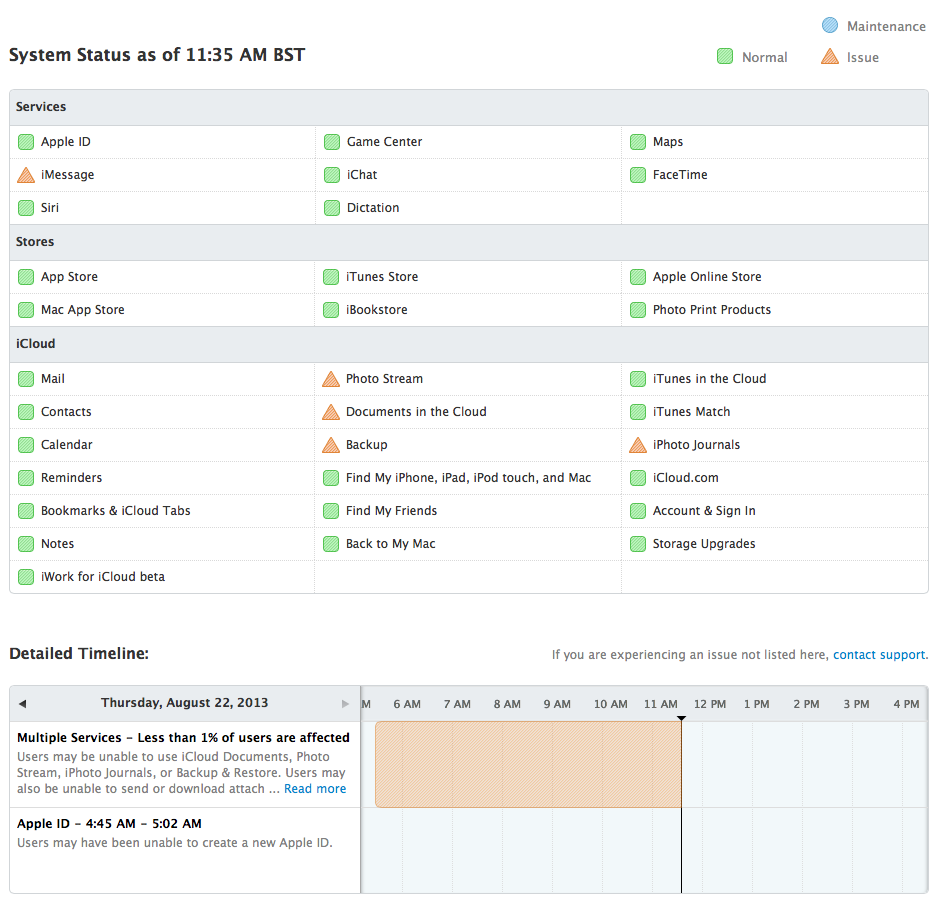 Apple’s system status page is showing that iMessage and four iCloud services – Photostream, Documents in the Cloud, Backup and iPhoto Journals – have been down for some users for more than six hours …  END_OF_DOCUMENT_TOKEN_TO_BE_REPLACED