Since Apple announced that Angela Ahrendts is passing her role as senior vice president of Retail to longtime leader Deirdre O’Brien, many Apple enthusiasts have arrived at the conclusion that the company’s stores are in dire need of radical change. Valid complaints of low appointment availability, slow service, and overcrowding have inflated themselves into an online meme that Apple store visits are becoming as unpleasant as the DMV. One of the most commonly prescribed antidotes is to “just build more stores.”

Critics argue that by simply growing its store count, Apple can solve capacity issues and make a better retail experience. On Friday, my colleague Ben Lovejoy echoed the sentiment, saying, “Open some more damn stores! Can anyone explain to me why Apple doesn’t do this?” Sure.

Let’s begin by looking at the facts. Apple currently operates 506 retail locations across five continents, around half of which are concentrated in the United States. While over 500 stores might sound like a lot, it’s roughly half the number of locations Best Buy operates, and a tiny fraction of the 28,000+ Starbucks locations worldwide. Many countries have no Apple Store at all. Apple’s retail team of over 70,000 employees handles the traffic of more than 500 million visitors per year.

In a December 2018 press release announcing a new Austin, Texas campus, Apple stated it “plans to add more stores and reimagine the customer experience at many existing retail locations across the country.” Another press release this past January announcing the rollout of 58 new Today at Apple sessions noted, “Apple is upgrading the existing fleet of stores with design elements that greatly increase the store’s Today at Apple sessions and capacity.”

How will these changes manifest themselves? History sets a clear precedent. 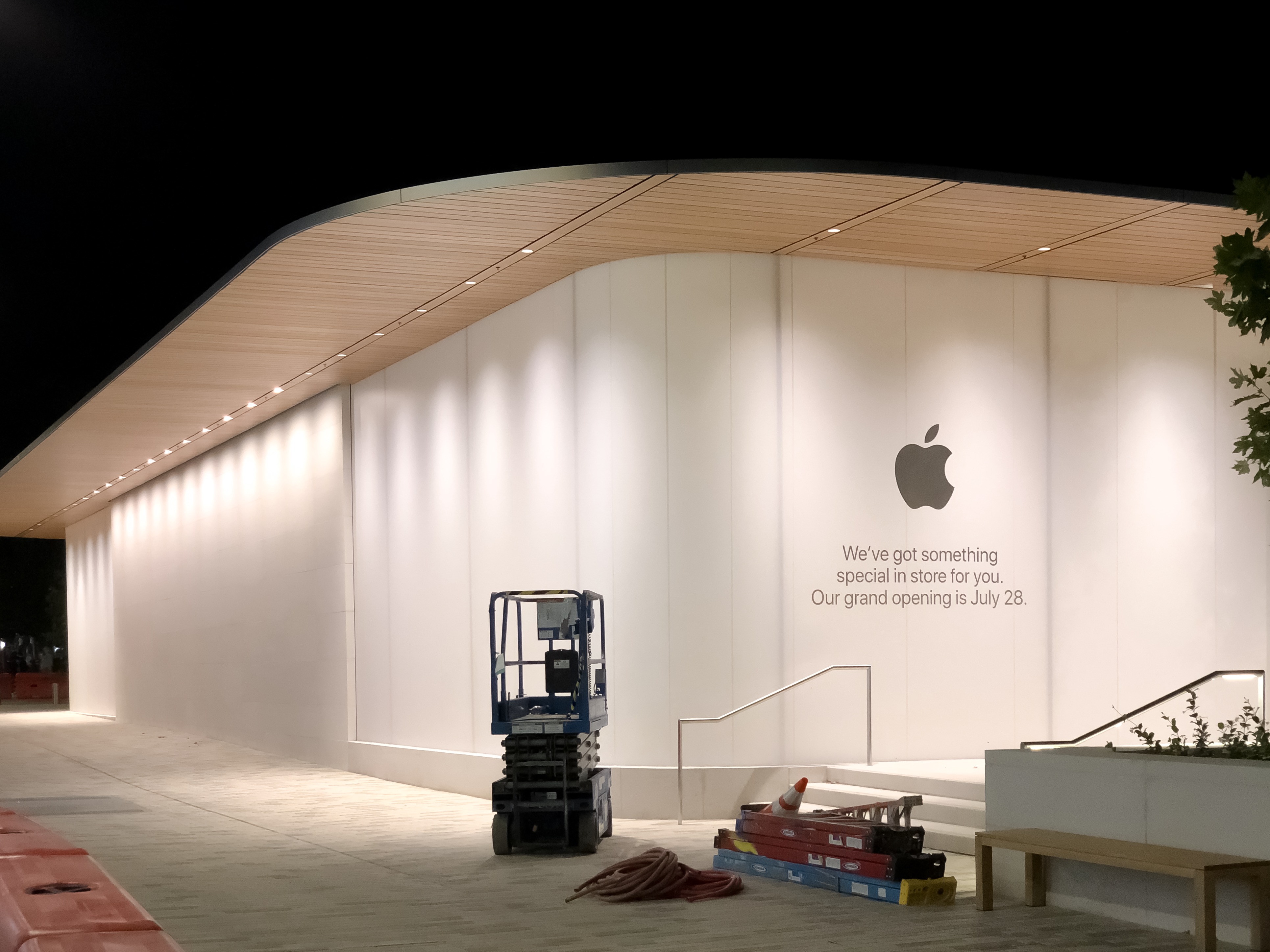 In 2018, Apple added nine store locations (designated with a new store number) and rebuilt or moved 17 existing stores to larger and more modern spaces. 24 stores received facelifts by losing their Genius Bars in favor of Forums and Video Walls. Each of these 50 changes are detailed in our comprehensive 2018 Apple retail field guide. In 2019, Apple plans to create 70 new Forums, meaning a slightly faster pace of progress can be expected. As of publication, just one location has a set completion date.

So why not just crank up the dial? Advocating for a rapid expansion tragically discounts the Goliath effort that goes into opening a modern Apple store. While you might be content with a fleet of the modest mall shops of the iPod era, Apple certainly is not. The company has repeatedly said it thinks of stores as its “largest product.” Just like new iPhone features are implemented with cautious consideration, Apple’s retail development adheres to similar uncompromising scrutiny in site location and building design. Even if Apple decided to double its store count today, the results would not begin to show for another 2-3 years.

If you’re not able to visit a contemporary Apple store completed in the last year or two, fire up the Apple Store app on your iPhone and browse through the list. Even the lowliest store remodels demand more attention to detail and architectural prowess than flagships of years past. As older designs shake out of the project queue, the minimum standards will only rise. Take a look at the nine wholly new locations opened last year: 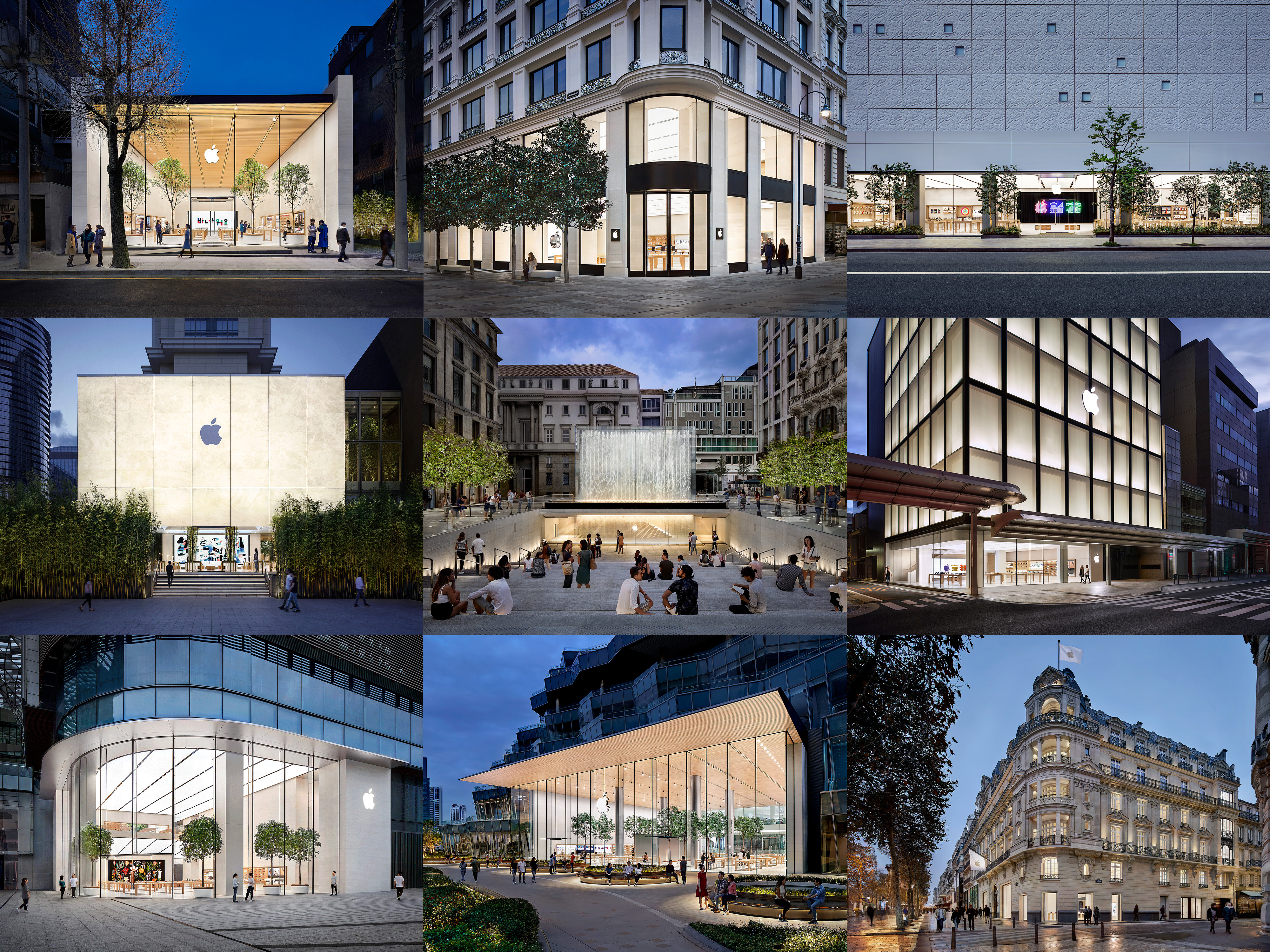 These are the kinds of new stores Apple opens now, and nothing less. Asking for a significant uptick in store count is asking Apple to churn out an endless quantity of award–winning landmark destinations. If you subscribe to the notion that retail is a product, asking for more modest stores is like wishing for Apple to compromise on hardware quality. A decade-long news cycle of doom and gloom in the retail world has endlessly proven that to be average is to die.

Scaling store count also puts a strain on talent and training qualified employees. In the wake of Angela Ahrendts’ departure, some have called for Apple to roll back its community initiatives and become entirely service oriented. It’s not going to happen. Today at Apple is a huge part of Retail now, and it won’t just disappear. Would Apple have spent the last 25 months renovating the most coveted commercial property on Fifth Avenue in New York City to be more suited for sessions if this wasn’t a key part of the strategy? 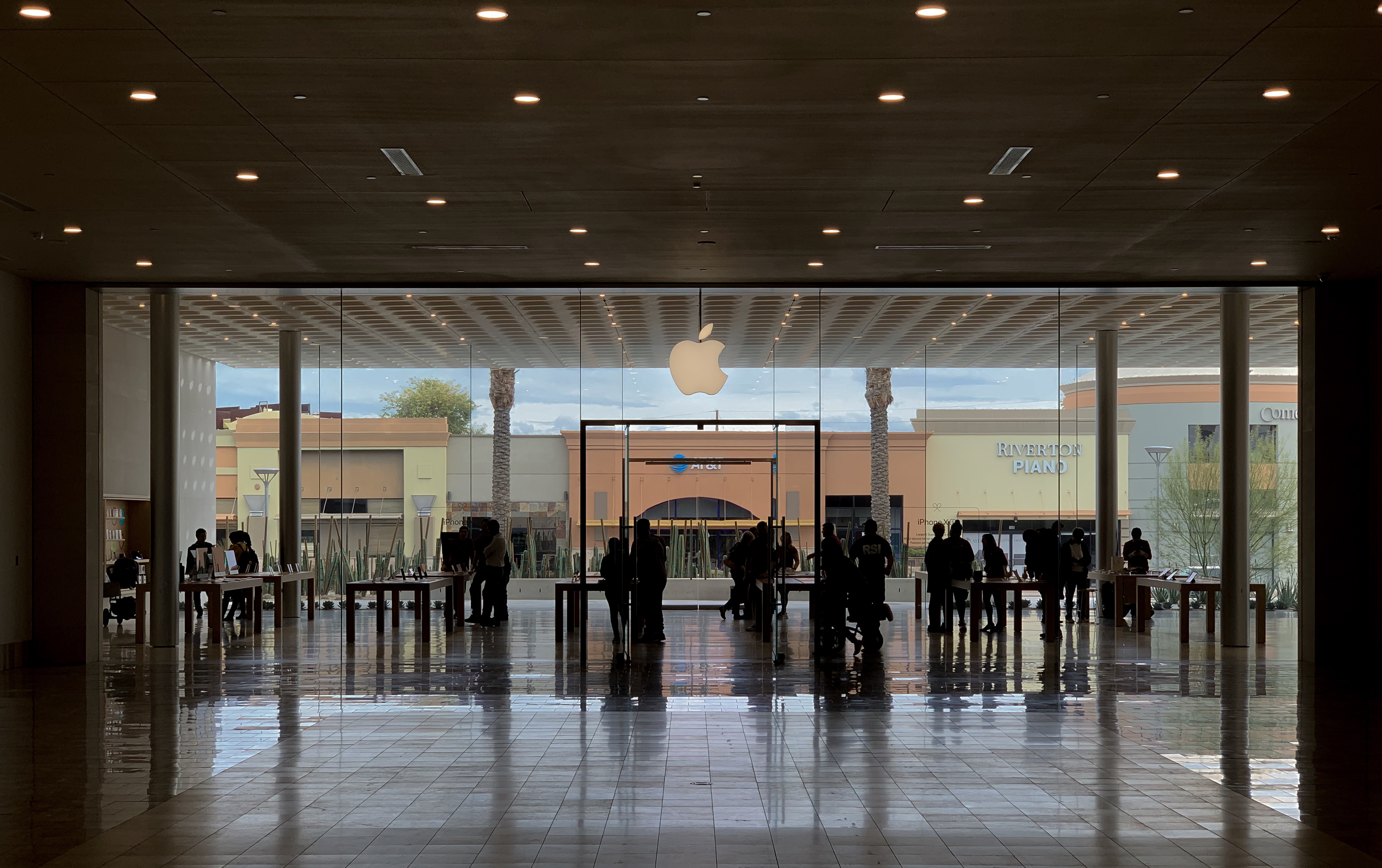 “We are now opening fewer, larger stores so that you can get the full experience of everything that’s Apple,” Angela Ahrendts said just last month in an interview with Vogue Business. Betting against official company language is rarely productive, even when the person that spoke it will soon be succeeded.

As the rate of store openings falls, the rate of store closures may also rise. Apple shuttered a store for the first time in 2016, and has since then closed seven more locations, including one already this year in Japan. All of these locations were either massively outdated or out of alignment with the future of retail.

Assuming the company’s global store number will hover just above 500 for the foreseeable future, we should encourage Apple to apply razor-sharp focus to the strained support and service offered at existing locations rather than stretch already exhausted resources. Outside of stores, enhancements to the Apple Support app and improved software ease of use can reduce the support burden across the board.

A ballooning footprint results in neglect and deterioration. Pruning the branches helps every store thrive.