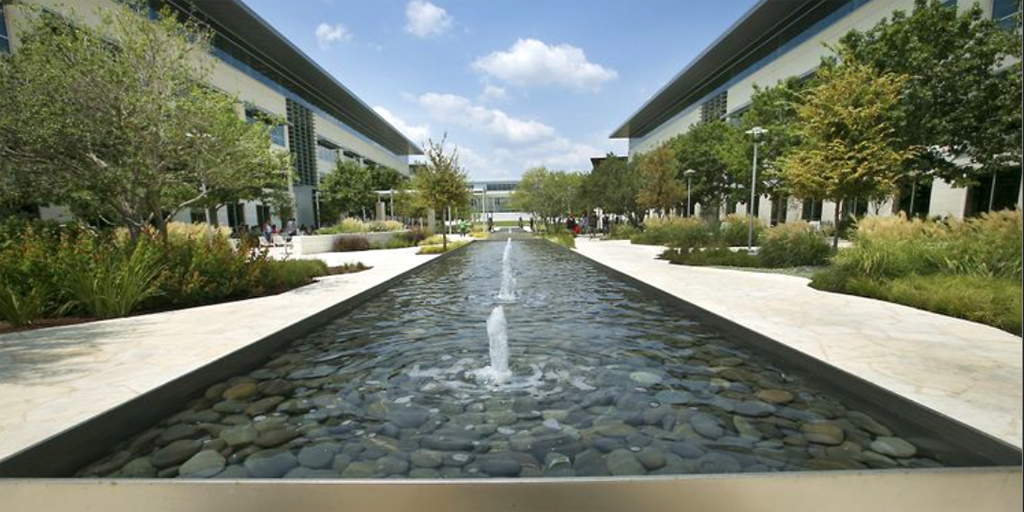 Alongside building its far more famous spaceship campus in Cupertino, Apple has also been busy expanding its main U.S. operations campus in Austin, Texas – with four of the planned seven buildings now open. The Austin-based American-Statesman got to do a photo tour of the facility.

We first reported on Apple’s $304M plans all the way back in 2012, with the first employees moving in two years later. This is our first look inside the latest stage of the development …  END_OF_DOCUMENT_TOKEN_TO_BE_REPLACED

South by Southwest (SXSW) just launched its official mobile app ahead of the festival and alongside it announced plans for the world’s largest deployment of iBeacons to offer mobile app features triggered by the Bluetooth beacons. In total, more than 1000+ beacons will be deployed to pull it all off. SXSW thinks the features will “fundamentally change attendee’s experiences” by letting mobile app users network and navigate the event. END_OF_DOCUMENT_TOKEN_TO_BE_REPLACED

Over the past week, we’ve heard rumors that Apple planned “pop up” stores for displaying the new Apple Watch inside high end stores in both Paris Galeries Lafayette and London Selfridges (pictured above). Now the Austin Statesman notes that Apple has participated in SXSW in a number of ways over the past few years and it would almost be surprising if the Apple Watch wasn’t displayed in some capacity to the international SXSW Interactive audience there. Apple set up a pop-up shop for the iPad 2 during its spring launch in 2011 (pictured right). 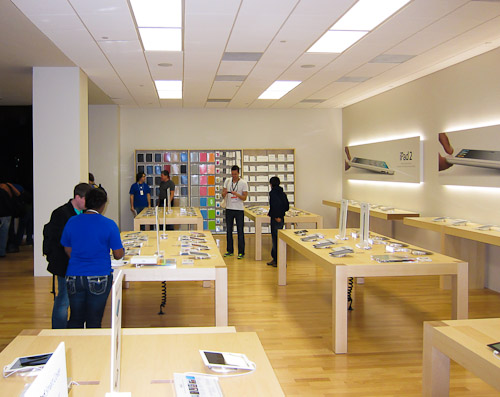 Apple has used the festival in the past to showcase a new product (like the iPad 2) or to promote its services (like the iTunes Music Festival last year). SXSW Interactive is the perfect audience of early adopters for a product like the Apple Watch and it wouldn’t be surprising if the company offered a preview of the device there.

SXSW is an annual Music/Film/Interactive conference that runs March 13th-22nd this year, the week following the March 9th event and before the Apple Watch goes on sale in April. One SXSW event Apple Watch enthusiasts may want to check out: Wearables and the Happiness Quotient.

A possible counter-argument to an Apple Watch presence that Apple has focused on Fashion audiences and not Tech audiences for the Apple Watch launch.

Apple also plans another showcase of the Apple watch outside of the Yerba Buena Center where it will hold its Spring Forward event on March 9th. 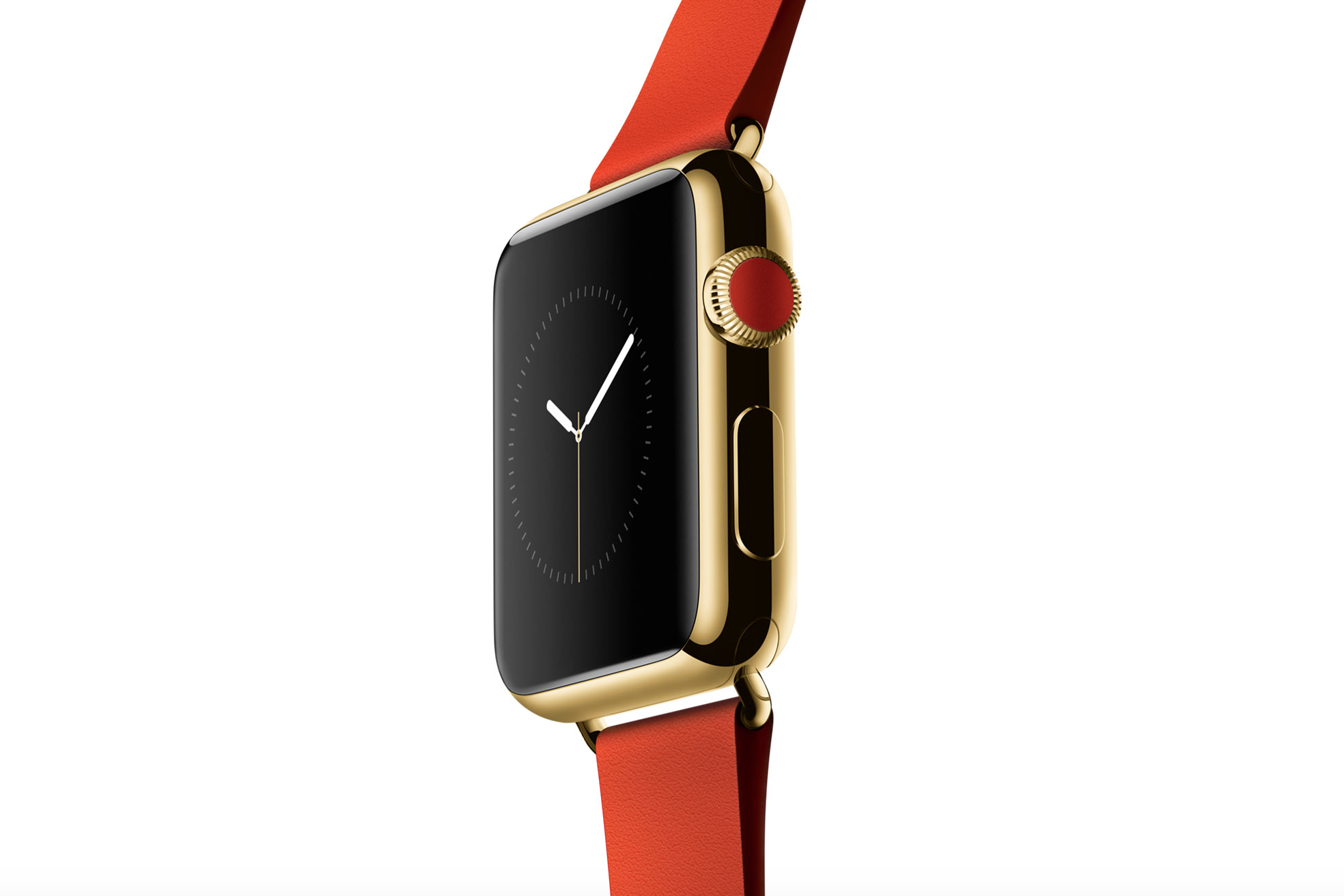 Apple is preparing to take some pages out of the traditional jewelry store playbook. For the upcoming 18-karat gold Apple Watch Edition, Apple is planning several new features for its retail stores to support the device. As we reported several months ago, Apple is planning on allowing customers to actually try on the watches and test out different band styles inside of stores. With the high-expected price tag of the gold watch models, Apple will also step up its security features for stores…

END_OF_DOCUMENT_TOKEN_TO_BE_REPLACED 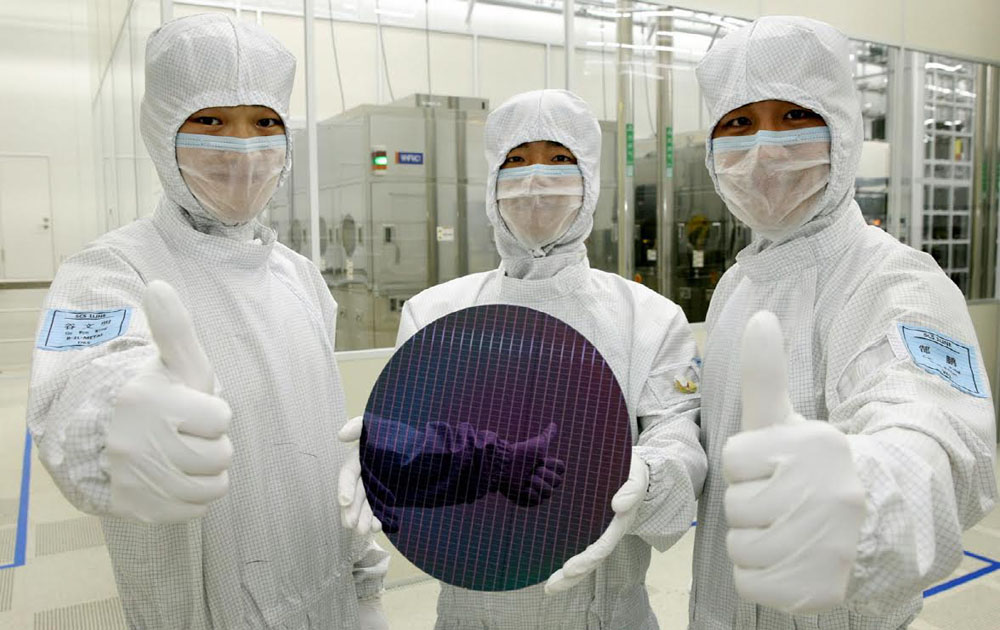 Korean news site MK Business News (via Reuters) is reporting that Samsung will make 75% of the A9 chip for the next iPhone. This matches an earlier detailed prediction by KGI Research, which stated that the balance of the chips would be made by Global Foundry, and is in line with a statement by Samsung which last year confirmed it as a major supplier of the new chip.

The Samsung-fabbed chips will, says the report, be made in the USA …  END_OF_DOCUMENT_TOKEN_TO_BE_REPLACED 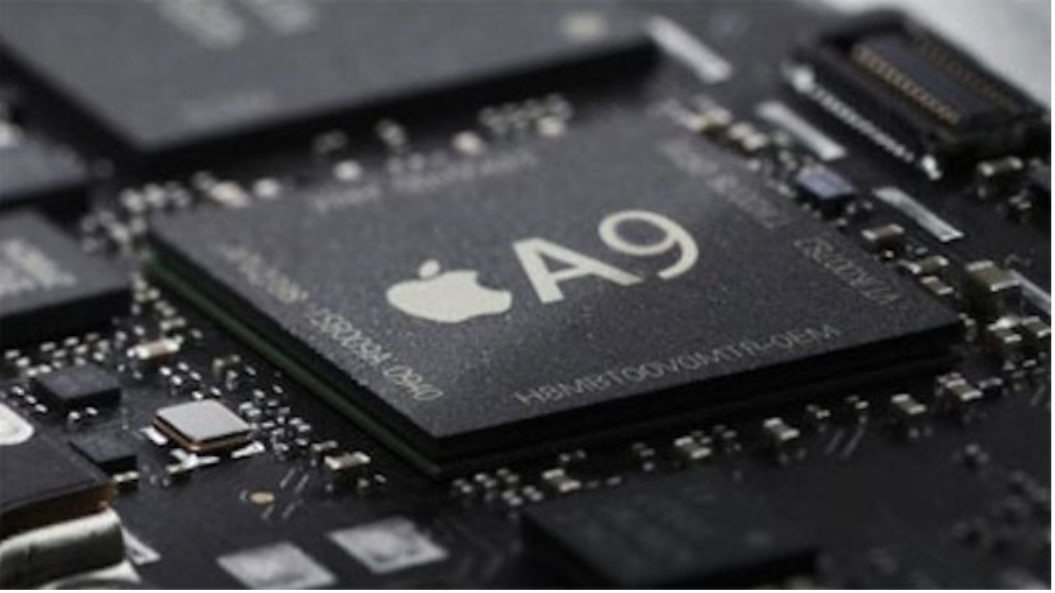 END_OF_DOCUMENT_TOKEN_TO_BE_REPLACED

Apple’s Campus 2 project in Cupertino isn’t the only construction project to keep your eyes on. The company’s massive new Austin campus is now operational, and new photos of the location that have been posted to Twitter and Instagram by employees at the complex show that the campus is a building worthy of the Apple name.

END_OF_DOCUMENT_TOKEN_TO_BE_REPLACED 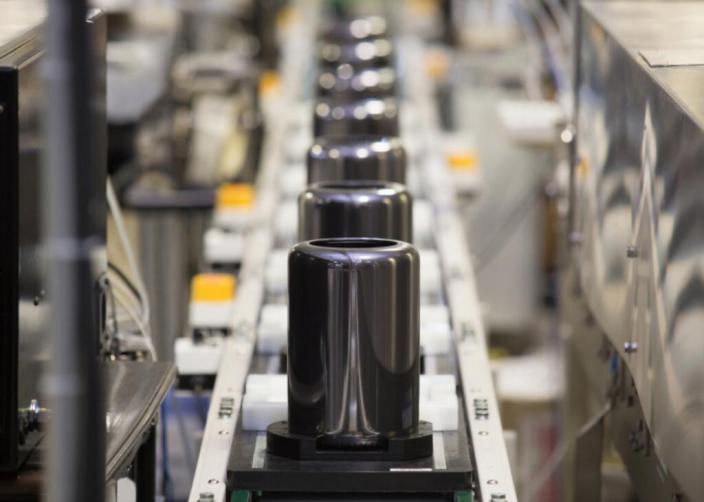 END_OF_DOCUMENT_TOKEN_TO_BE_REPLACED

Wild Speculation: Why a $2B AMD purchase would be a puzzle piece fit for Apple

Things aren’t looking good for chipmaker AMD…Following another round of layoffs totaling about 15 percent of its employees last month, Reuters reported today that AMD is looking for an investor to sell its Texas campus in order to raise up to $200 million in cash in a multi-year lease back deal. AMD’s cash dropped from $279 million to $1.48 billion in the third quarter, and today the company sits at a market cap of $1.40 billion.

Despite not being the “main option,” with the restructuring and the company’s financial issues, Reuters’ sources claimed an outright sale of the company isn’t out of the question. This isn’t the first time we’ve heard chatter of an AMD takeover. However, with the company sitting at a market cap of $1.40 billion and rumors of Bob Mansfield’s new Technologies group possibly transitioning away from Intel processors, we can’t help but imagine a few things Apple would stand to gain from the purchase…

END_OF_DOCUMENT_TOKEN_TO_BE_REPLACED 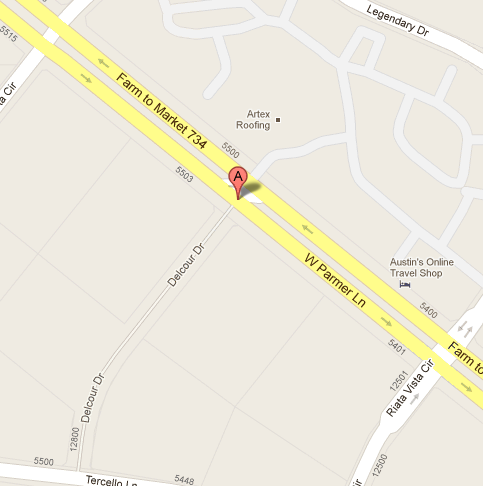 END_OF_DOCUMENT_TOKEN_TO_BE_REPLACED

Update: A report from KVUE is claiming Travis County Commissioners approved the revised incentive deal at this afternoon’s meeting:

The last piece in the puzzle to one company’s effort to expand in Austin fell into place Tuesday afternoon… Travis County Commissioners approved an incentive deal for Apple on Tuesday. The deal has been on the table for a while.

The last time we reported on Apple’s ongoing negotiations with Austin officials to build a $304 million campus and bring over 3,600 new jobs to the city, reports claimed Apple was growing frustrated with delays in approving incentives from local Travis County. Travis would provide Apple with roughly $6.4 million of the total $36 million in incentives included in the deal, but the vote to approve the incentive was delayed due to “weak points” in the contract. According to a new report from Statesman, the Commissioners Court could approve a revised version of the incentive. However, the new deal would impose strict hiring guidelines on Apple:
END_OF_DOCUMENT_TOKEN_TO_BE_REPLACED 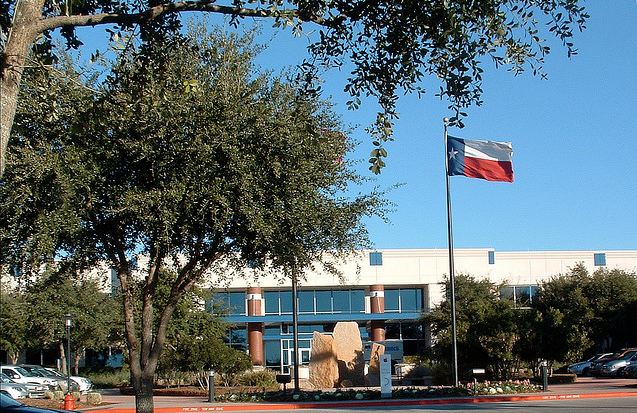 In total, Apple would receive roughly $36 million over 10 to 15 years as part of the deal. Approximately $6.4 million is supposed to come from Travis County. The report explained the reasons behind the County delaying approval of the incentive:
END_OF_DOCUMENT_TOKEN_TO_BE_REPLACED

Austin cements itself as Apple’s ‘second city’ with approval of $8.6M incentive

We reported earlier this month that Apple was waiting on city officials from Austin, Texas to decide whether to offer the company an $8.6 million incentive over 10 years as part of Apple’s proposal to invest $304 million in a new campus. The Texas Enterprise Fund is already kicking in $21 million over 10 years as part of the deal, and last night the City Council unanimously approved the $8.6 million in incentives. According to a report from KXAN, this will initiate “the negotiation and execution of an Economic Development Agreement with APPLE INC,” but Travis County officials are still weighing the decision to offer Apple an additional $6 million in real estate related incentives…
END_OF_DOCUMENT_TOKEN_TO_BE_REPLACED

Earlier this month, we told you Gov. Rick Perry announced plans to double the size of Apple’s workforce in Austin, Texas with an investment of $304 million that would add up to 3,600 jobs. Apple will receive $21 million in incentives over 10 years through the Texas Enterprise Fund as part of the deal. According several reports from KVUE News and Austin news website Statesman, Apple representatives met with Austin City Council officials today for a formal proposal.

The plan would see Apple building up to 1 million square feet of new office space taking up approximately 38 acres at West Parmer Lane and Delcour Drive. As we reported before, the new jobs would mostly be administrative positions. As part of the deal, we also learned that City Council would offer Apple an extra $8.6 million over the 10-year period, but Apple is still apparently waiting for the City of Austin to come to a decision on whether to offer an incentive.

END_OF_DOCUMENT_TOKEN_TO_BE_REPLACED 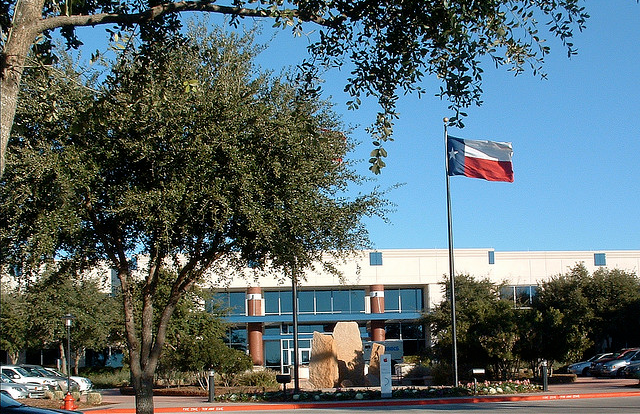 Apple may not be hosting a temporary store this year at SXSW in Austin, Texas, but it is investing $304 million to increase its presence in the state by up to 3,600 employees. According to a statement from the State of Texas and Gov. Rick Perry, Apple’s new Austin campus will “double the size of Apple’s workforce” in the state for customer support and other administrative positions over the next decade. In exchange, cash-strapped Apple will benefit from $21 million over 10 years through the Texas Enterprise Fund. While it is mainly administrative positions mentioned in the statement, we reported in December that Samsung’s new $3.6 billion factory in Austin is now producing almost only Apple’s A5 chip for iPhone 4S and iPad 2. Gov. Perry said the following about today’s announcement: