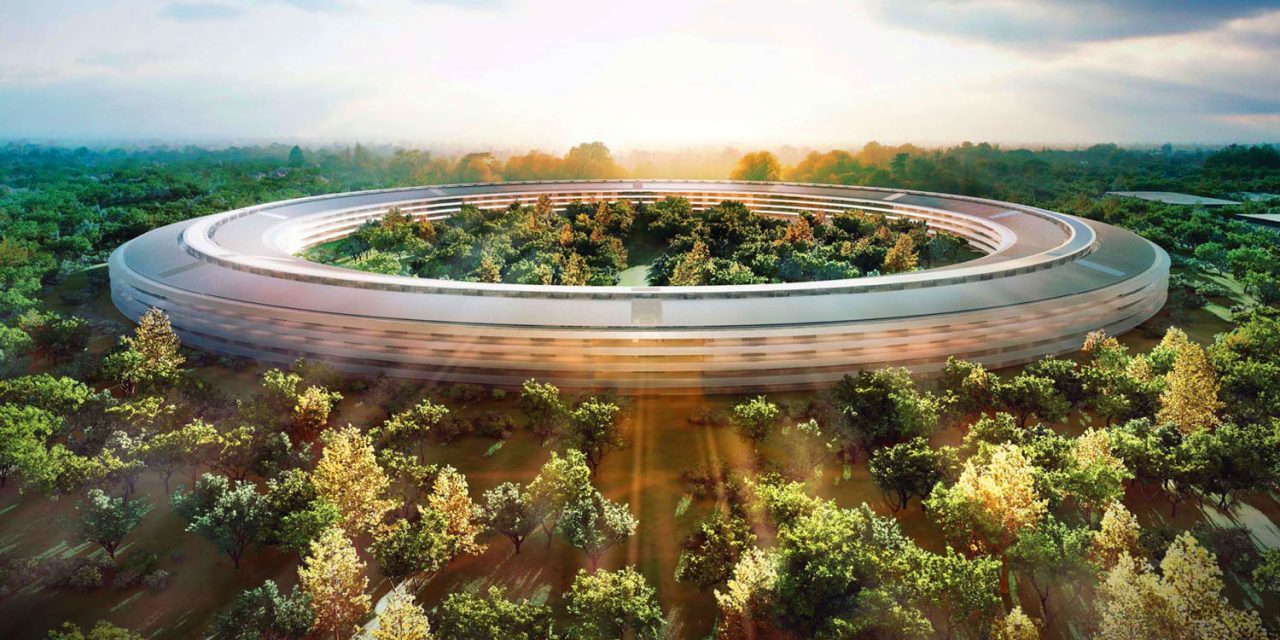 This time last year, I gave my end-of-year report card for Apple’s 2016 performance – and it’s time now for the 2017 version.

Last year, there were some controversial decisions, with two key products getting more attention for what they omitted rather than what they offered: the loss of the headphone socket in the iPhone 7, and most ports in the MacBook Pro. Both now feel like very old news. As I wrote at the time, while there may be much discussion at the time, people do quickly get used to changing standards.

We’ve already rounded up all the products Apple released this year, but there’s no doubt that one of them in particular stands out: the iPhone X.

There had been much debate about whether Apple would celebrate the 10th anniversary of the iPhone with something truly special. Some argued that the company has little respect for anniversaries, and releases products when it feels they are ready. Others suggested that this was different, and that the iPhone 7 being effectively an iPhone 6ss indicated that Apple had something truly special in mind for the following year.

If we believe Apple, both were true. Jony Ive said that the iPhone X was the first realisation of his long-held vision of the phone as ‘a single slab of glass’ – but that it was a happy coincidence that the company was to pull it off this year. Either way, there’s no doubt that the phone is a stunning achievement.

Naysayers may argue that Android phones beat Apple to the all-screen look, but that was at the expense of clunky UI elements like rear-mounted fingerprint readers. The iPhone X offers an all-screen design that truly works.

It was all the more impressive when you consider that Apple had to drop the most familiar UI element of every previous iPhone: the Home button. Instead of replacing it with a virtual one, as many had expected, the company invented new gestures. That was a huge gamble, but one that paid off. I found that the new gestures very quickly became second nature, and my experience seems to be almost universally mirrored.

Not only that, but it swapped its much-loved biometric security feature – Touch ID – for a completely new one. That, too, could have gone horribly wrong. But while there has been much grumbling at the decision, it’s notable that very little of it is from iPhone X owners. For almost everyone else, to use Face ID is to be converted to it.

The iPhone X looks beautiful, feels fantastic, and is a joy to use. I have to give Apple 10/10 for this, and my colleagues feel the same.

Coupled to the iPhone 8/Plus for those who wanted most of the new tech at a somewhat more affordable price, and the storage bump for the iPhone SE, Apple pretty much had something for everyone who was in Apple’s target market. My only query here would be the messiness of a range that currently has the X, the 8, the 7, the 6s and SE. But Apple has clearly done its research, and found that there’s a market for each, and it’s hard to argue against more choice.

Then there were two new iPads, along with a spec-bumped 12.9-inch one. Most eyes were on the new 10.5-inch iPad Pro. Some considered that it was a slightly odd thing to do, ending up with an iPad line-up that spanned four different sizes, but those of us who tried it quickly understood why Apple had done it.

For me, and many others, that 10.5-inch screen truly is the sweet-spot. It’s large enough for immersive content, yet the reduced bezels meant that it retained the portability of its 9.7-inch predecessor. I didn’t expect that to be enough reason to buy one, but it turned out that it was.

Apple took one of my favourite products and made it near-perfect. Pretty much my only complaint was the lack of compatibility with some accessories geared to the 9.7-inch size. So a solid 9/10 from me for this.

But there was also the 2017 iPad: a significantly cheaper 9.7-inch model. Ok, it’s no budget tablet, but it does provide most of the benefits of more expensive models at a price many can justify. We considered it not just a good buy for those new to the iPad, but also a solid upgrade for any pre-iPad Air 2 owners.

With the two new models, and the upgraded 12.9-inch model, Apple really has something for everyone in the iPad range. So I’d expand my 9/10 rating to Apple’s iPad performance as a whole.

On the Mac front, I’d have to give a more mixed report. Headline news, of course is the new iMac Pro. Apple may have just snuck under the wire with this one, beating its end-of-the-year launch promise by just a few days, but it made it.

There were those who questioned the whole concept of an officially non-upgradable pro machine. But while I do understand the objections, I do also think the machine makes sense. There’s plenty of demand for more power in a familiar and popular form-factor, and the machine appears to have been well-received – the 10-core model in particular.

The Kaby Lake-powered MacBook Pros and other iMacs were a tickbox item rather than anything to get excited by, though the price-drop of the entry-level Touch Bar model was to be welcomed.

I’d say a solid 8/10 on the iMac Pro, with a 5/10 on the updates to other models – though it’s of course not reasonable to expect big advances each year, so in the laptop field, 5/10 isn’t a terrible score.

The big news on the Apple Watch front was, of course, the launch of the LTE version. While I don’t personally see a need for one – my iPhone is always with me – there are plenty of fans who appreciate the ability to leave their phone behind when in the gym, out jogging and so on.

In particular, the combination of the LTE Apple Watch and AirPods is one that makes sense to a lot of people for activities like running.

The launch of the standalone Watch seems to have breathed new life into the product, while even the Wi-Fi-only version was enough to persuade me to upgrade.

There are those who’d still like to see more battery-life, and – contrarily – those who’d like to see it slim down a little, but I’d have to give Apple a decent 8/10 here.

We also finally saw the launch of a 4K Apple TV. This was generally well-received, and most consider it the best streaming box on the market, albeit at a significantly higher price point than most of its competitors.

We haven’t, though, seen much progress on the content front. Apple’s original programming to date hasn’t exactly wowed people, Planet of the Apps in particular seen by many as more of an embarrassment than a highlight.

Finally on the hardware side, we have the products that didn’t make it to market this year: the HomePod, the new modular Mac Pro, and a new Apple display.

In fairness to Apple, it only promised the first of these this year, but it was certainly an embarrassment to be forced to postpone the launch into next year – and losing holiday sales will also have been expensive.

We can’t, of course, rate the HomePod until it’s available. So far, those who’ve had a brief demo have seen reasonably impressed, but it’s real-life performance in the home environment that counts.

We know even less about the upcoming Mac Pro and accompanying display, but personally I’m delighted to hear that Apple listened to feedback on the trashcan one, and that it remains committed to a pro desktop machine.

On the software side, iOS 11 brought a whole range of new features, especially on iPad. A new-look, single-screen Control Center has been widely welcomed, especially the ability to customize it. New Messenger features, including Apple Pay. Greater Siri intelligence. A built-in QR scanner. Enhancements to Live Photos.

But the really big news was the way that Apple has transformed the iPad into a much more computer-like device thanks to both the Dock, the new App Switcher and the Files app.

High Sierra was a lower-key update, promising more of a focus on stability than new features, but it still got quite a few of the latter. APFS was an under-the-hood change, but shows up in the form of more user-available storage. HEVC and HEIF further improved storage thanks to much more efficient video and image compression.

The Photos app got a pretty major upgrade, managing to combine the often-conflicting goals of greater ease of use with more power. Safari, Mail, and Notes got some tweaks, my favorite new feature being pinned notes.

So, less dramatic than iOS 11 for sure, but some worthwhile features. I would have given High Sierra 6/10, were it not for …

Security! All operating systems and apps have bugs, of course, and some of them will create security vulnerabilities. But Apple managed to allow the most incredible vulnerability imaginable: allowing anyone to login to a Mac as root without any credentials!

The company did at least act quickly in fixing the problem, but is still remains inexcusable that it happened in the first place. It’s hard to factor that into an overall rating for macOS, but let’s say that 6/10 score needs a very big asterisk next to it …

And it wasn’t just in High Sierra where Apple ran into a huge security issue. A major zero-day HomeKit vulnerability allowed anyone with the necessary knowledge to remotely control all devices – including locks – without the owner granting them any kind of access. Worse, the developer who discovered it said that Apple failed to close the loophole until 9to5Mac got involved.

Apple did fix this too, but the severity of the issues means that I have to give Apple 1/10 for security this year.

Finally, there’s the iPhone slowdown issue. Whether or not you consider Apple’s actions as acceptable, by failing to disclose what it was doing it played right into the hands of all those conspiracy theories that the company deliberately slows older devices to force upgrades.

Some might consider Apple’s behavior here to be shady. Personally, I don’t – but I do think that failure to disclose was both unacceptable and dumb. In addition to leading some to feel significantly less trust toward the company, the controversy took some of the gloss off a hugely successful iPhone X launch – and ended the year on a sour note.

So top marks on PR around the iPhone X launch, but definitely need to dock some marks for this, so call it 7/10 for PR.

Overall, then, I think Apple had a reasonable year. The iPhone X was the high-point, and the iMac Pro a decent way to round out the year – just a shame that security and PR issues went some considerable way to overshadowing these achievements.

What’s your own report card for Apple 2017? As always, please take our poll and share your thoughts in the comments.