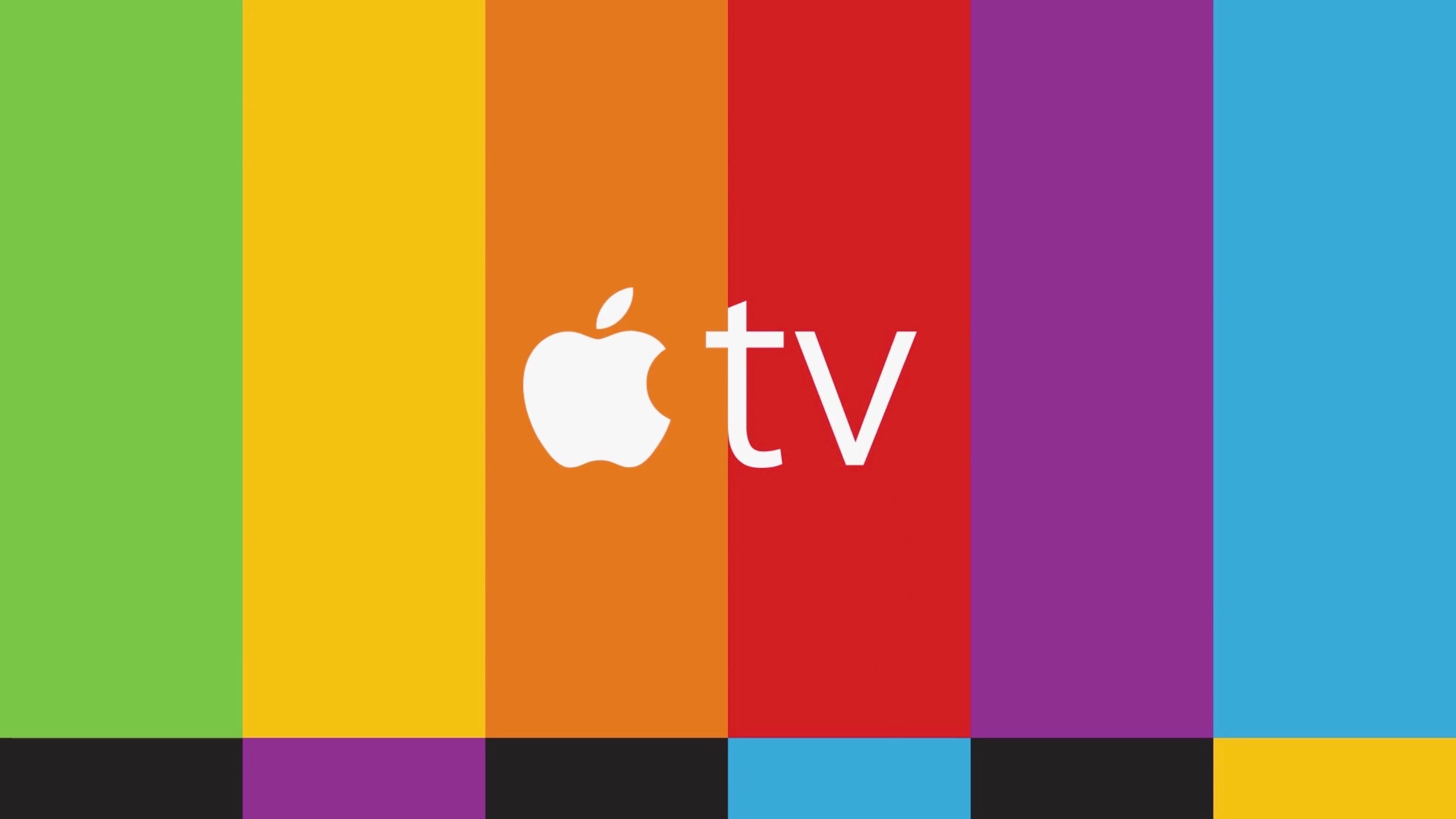 Apple has launched a new campaign to highlight both the new Apple TV and the many games and entertainment services on its App Store with a new series of short video clips. Each 15 second video starts with the same Apple TV graphic, then promotes a popular game or video service app on the new Apple TV with some gameplay or a popular show available on the service, and ends with the same multicolor graphic. So far these clips promote Netflix, HBO NOW, Asphalt 8, Disney Infinity 3.0 Edition: Star Wars, and Crossy Road. You can view each one below: END_OF_DOCUMENT_TOKEN_TO_BE_REPLACED 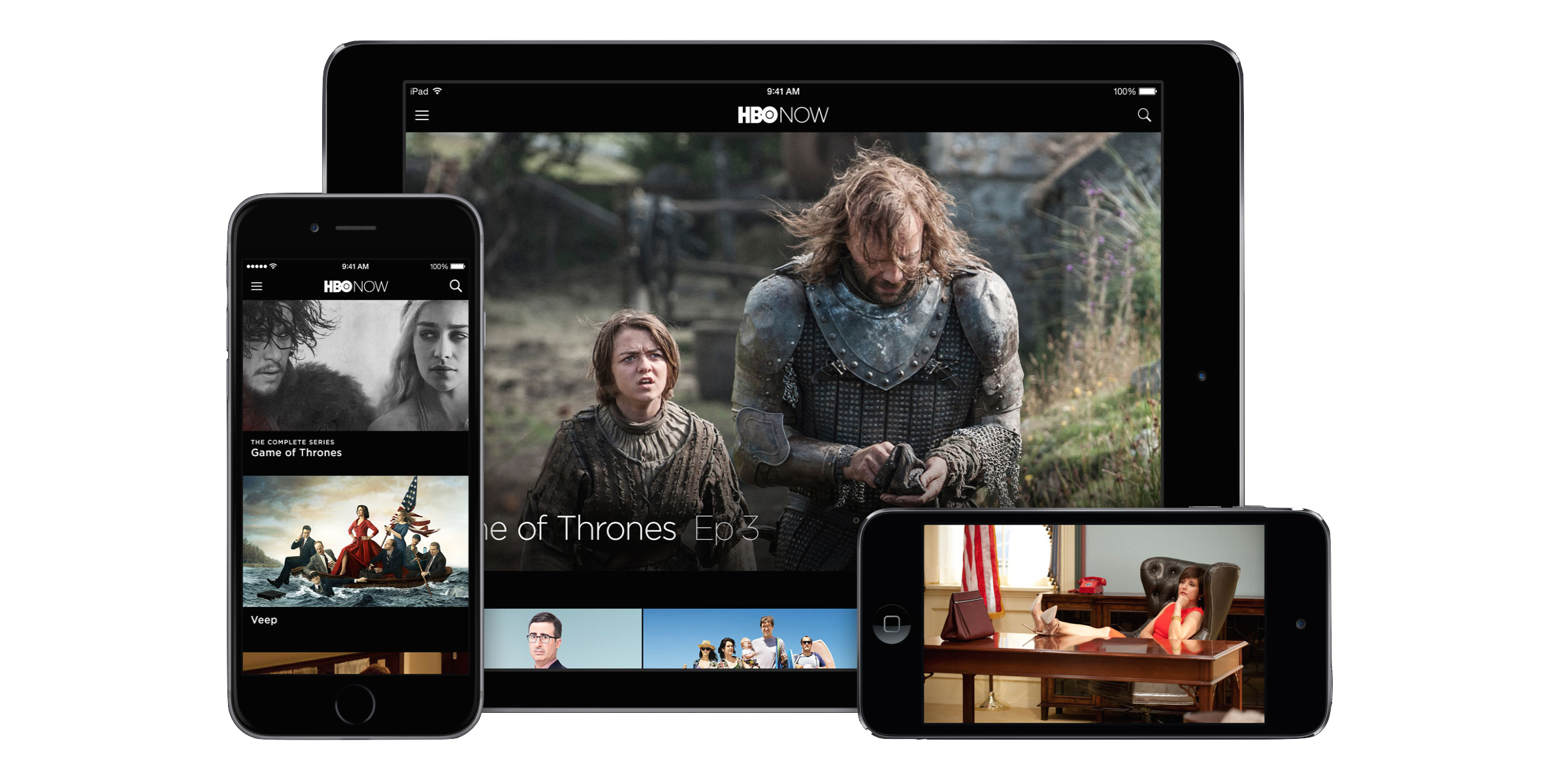 One of iOS 9’s most useful features on modern iPads is the ability to playback videos from the Home screen or other apps using picture-in-picture. Video services have to opt-in to supporting PIP, though, so it means App Store apps must be updated before the feature works.

HBO has done just that with their iOS 9 update for iPad, supporting picture-in-picture when you leave the HBO Now app while you’re watching a movie or TV show. The feature is only mentioned in the update for the standalone HBO Now service, however, so the HBO Go version which requires a cable subscription may not support it. END_OF_DOCUMENT_TOKEN_TO_BE_REPLACED 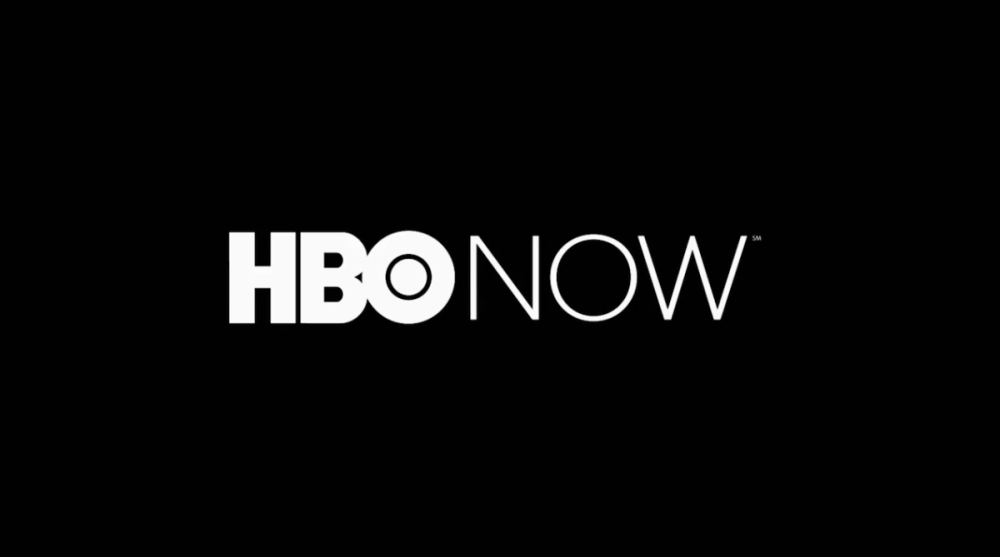 HBO Now debuted earlier this year exclusively on Apple TV, iPhone and iPad, but lately it has been making its way to competing platforms. Android handsets and tablets as well as some of Amazon’s Fire-branded devices got HBO Now access a few weeks ago, but now the service is coming to Chromecast via an update to the HBO Now app.

The latest version of HBO Now for iOS was released today, numbered 1.2, and features more than just Chromecast support. You’ll find that you can also now receive push notifications — assumably for new episodes of your favorite shows and the like — as well as the usual bug fixes and performance improvements.

You can grab HBO Now on the App Store for free, and an HBO Now subscription is going to run you $14.99 per month after a 30-day free trial.

When Apple and HBO announced the launch of the HBO Now streaming service, they said that their app would be exclusive to Apple devices for three months. Now, a quarter year later, that agreement has expired and other providers are looking to distribute access to the television network’s streaming app.

One of the biggest names looking to get into the HBO Now market is Verizon. The mobile carrier and FiOS provider announced today that it will be bringing the service to its 100 million customers…

END_OF_DOCUMENT_TOKEN_TO_BE_REPLACED

HBO Now, the standalone subscription service for the premium network, appears to be a hit with iOS users, says new data from analytics service App Annie.

After launching on Apple TV and the App Store for iPhone, iPad, and iPod touch in early April with a 1-month free trial, the new report says the standalone service’s app “debuted at #1 on our Worldwide May iOS revenue charts” showing that the free trial converted users to paid customers.

A month after the trial ended for day one subscribers, App Annie says HBO Now sat at “#2 overall daily grossing rank in the United States” according to its data. Showtime is planning a similar standalone service that will launch next month. 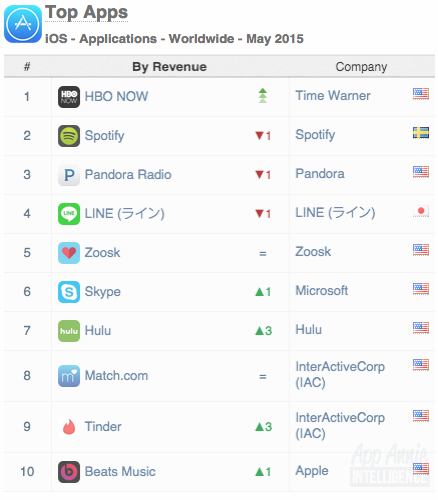 It’s also interesting to see where Spotify and Beats Music sit on App Annie’s chart ahead of Apple Music’s launch on Tuesday. Apple Music will offer a 3-month free trial period for users and will be pre-installed, but Beats Music users should convert to Apple Music customers and the company certainly hopes to steal customers from Spotify. HBO Now’s performance is also good news for the revenue outlook of Apple’s rumored web TV service as cord cutters are clearly willing to pay for content. 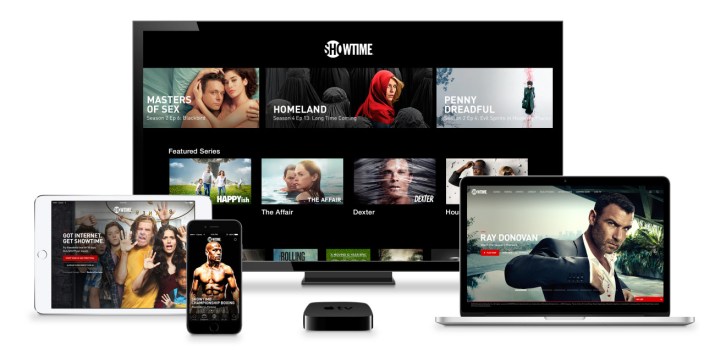 [Update: Showtime has officially announced its standalone service coming in July for $10.99/month on Apple TV, iPhone, iPad, and iPod touch ahead of the July 12th season premiers of several shows.]

CBS is expected to announce a standalone subscription version of its premium network Showtime on Apple TV “as early as today or Thursday,” according to a report from Variety. The standalone version of Showtime will allow cord-cutters to pay for access to the channel through Apple TV without requiring a cable subscription. The news comes as Yahoo revealed that it will be the first to stream an NFL game globally for free to set-top boxes, mobile apps, and more… END_OF_DOCUMENT_TOKEN_TO_BE_REPLACED 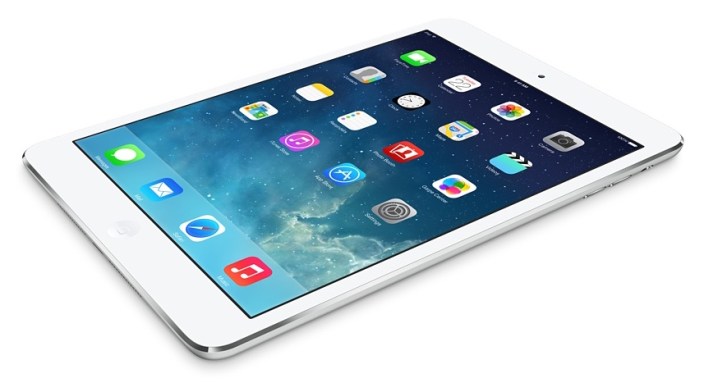 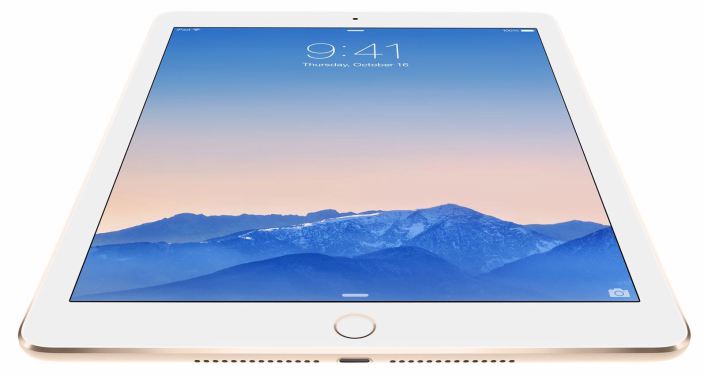 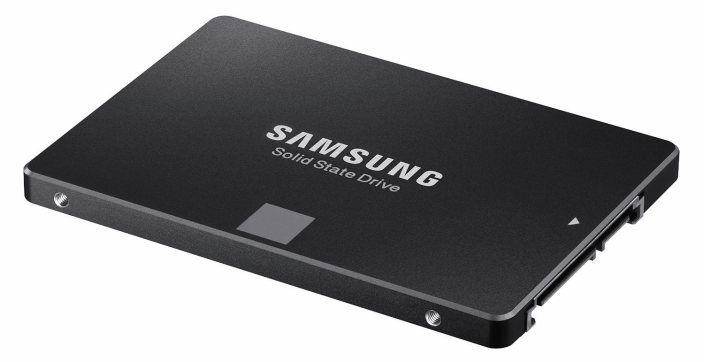 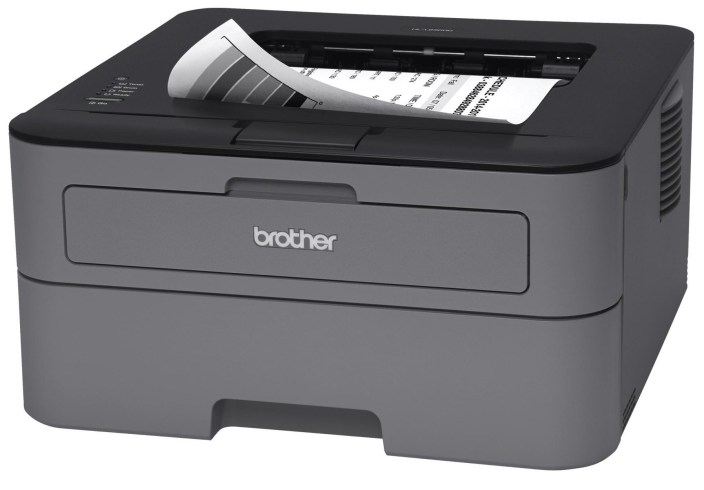 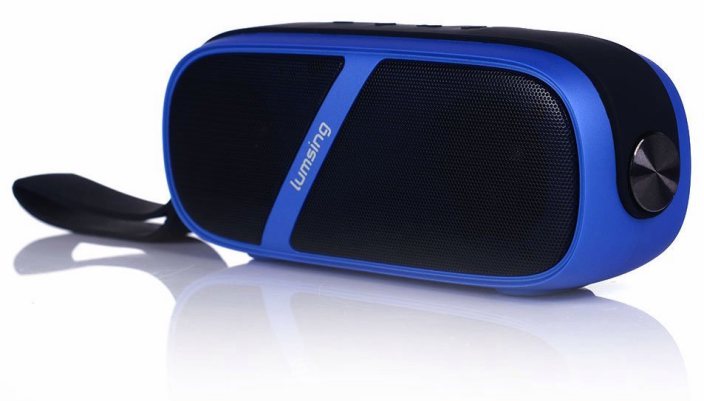 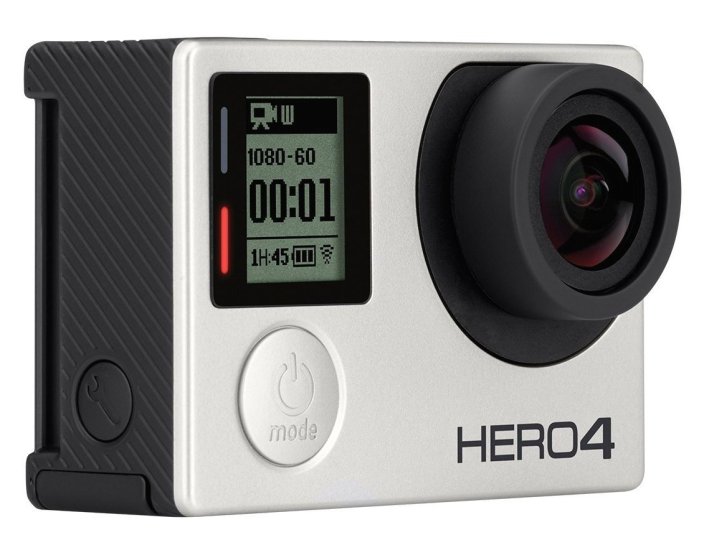 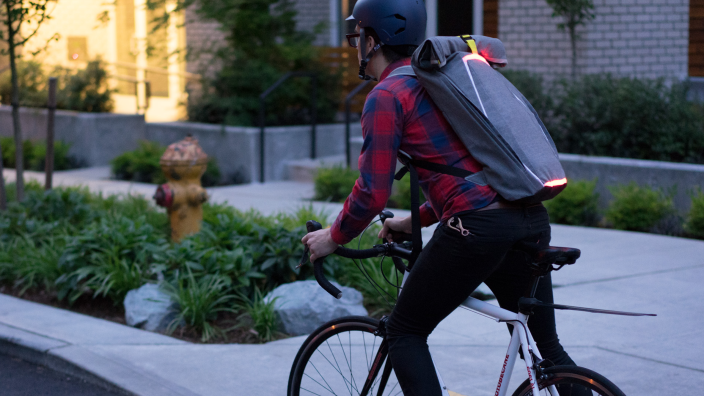 The Nuimo Smart Home Interface aims to take control of your SONOS, lighting and other IoT devices

Here’s what HBO GO looked like prior to today’s update (left) next to the new design (right): END_OF_DOCUMENT_TOKEN_TO_BE_REPLACED 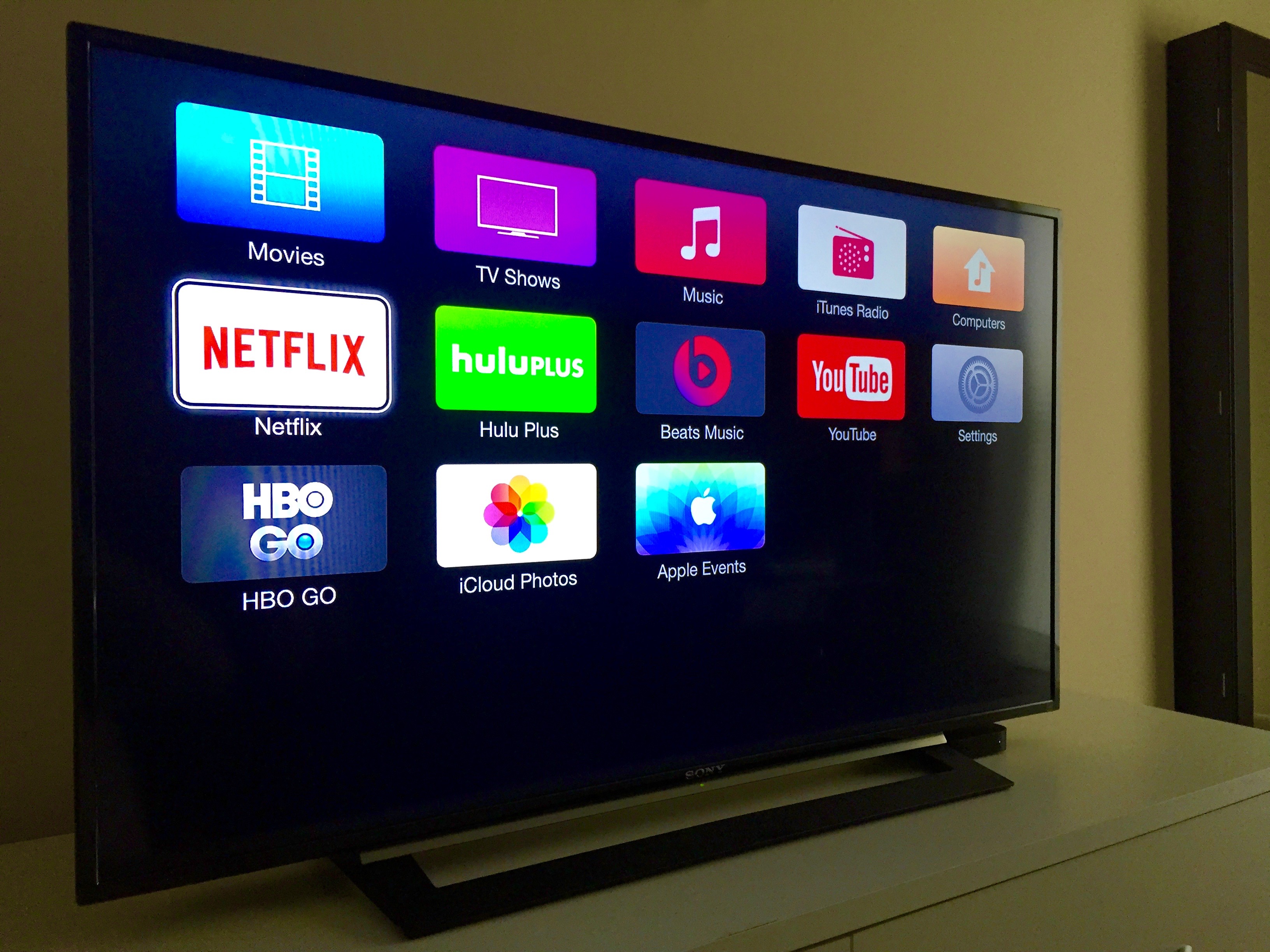 Apple has long taken a 30% cut of sales made through its various digital stores, including fees charged for subscriptions to Newsstand magazines and other recurring charges. However, Re/code reports today that the company has cut that figure in half for subscriptions charged through the Apple TV.

In a move that’s likely intended to bring in content, Apple allows companies like Hulu and HBO to keep a larger portion of their subscription fees on the TV-based hub device, though charges made through iOS apps and other platforms still seem to fall under the 30% deal.

When exactly this revenue share change was made is unclear, but it doesn’t seem to be a new developement, given that services which have been on the Apple TV for some time now fall under these terms. The point is nearly moot though, when you consider how many offerings on the Apple TV are completely free of charge, or don’t offer in-app subscription options.

Based on the success of Apple’s exclusive HBO Now partnership, however, it’s possible that future channel additions could impement a similar system that allows users to purchase subscriptions through their Apple IDs. This deal could also help Apple secure more content providers for its upcoming digital television service. 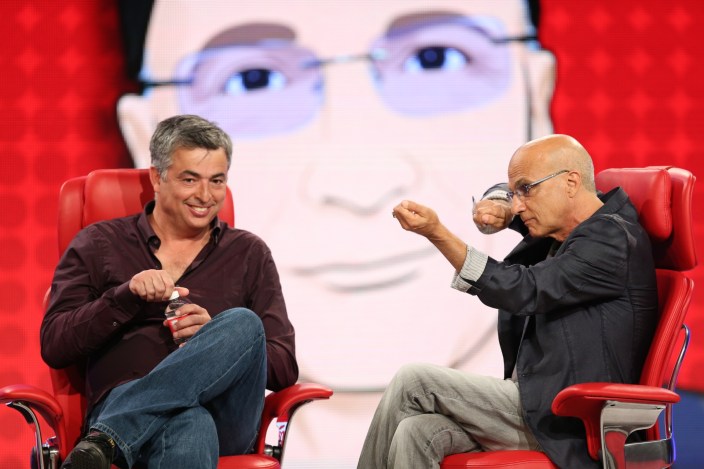 Eddy Cue and Jimmy Iovine at Code Conference via Re/code

As HBO’s new standalone streaming service launches today exclusively on Apple TV and iOS devices, FastCompany has a story profiling HBO CEO Richard Plepler and the motivation behind the new service and partnership with Apple.

In the story, Plepler denies that an $80 billion bid to buy Time Warner encouraged the launch of HBO Now and explains that he had already reached out to Apple executive Jimmy Iovine, who he had worked for previously at Warner Music: END_OF_DOCUMENT_TOKEN_TO_BE_REPLACED 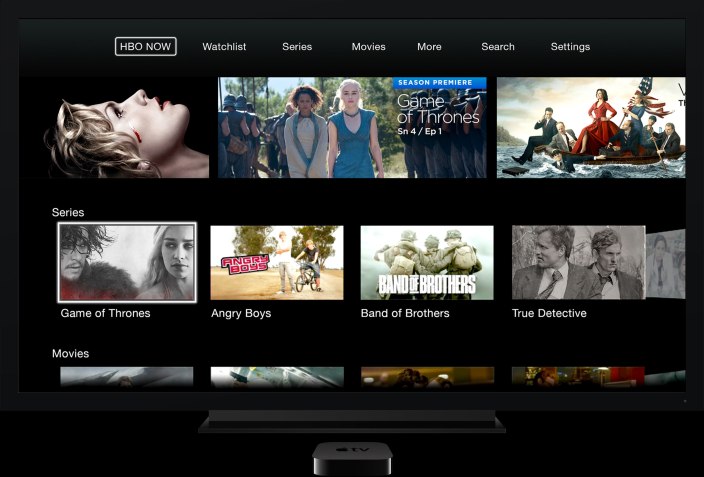 HBO’s new standalone streaming service called HBO NOW has officially launched on Apple TV, iPhone, and iPad. HBO NOW allows subscribers to watch the premium network’s movies and TV shows online. The service is similar to Netflix as it’s delivered over a high-speed Internet connection rather than cable or satellite and doesn’t require long-term committments through contracts. Here’s how to get HBO NOW works: END_OF_DOCUMENT_TOKEN_TO_BE_REPLACED

With rumors flying about an Apple television subscription service in the works for release this year, new details have started to emerge about what kinds of deals the tech company will make with its content partners. The NY Post says that these deals will involve Apple turning over certain data about its users to programmers to help solidify its agreements.

END_OF_DOCUMENT_TOKEN_TO_BE_REPLACED

Roundup: All the news from Apple’s Spring Forward event Apple’s Spring Forward event on March 9 was packed with news, including everything from expected Apple Watch announcements to the debut of the Retina 12″ MacBook, a price drop for Apple TV, the announcement of ResearchKit, and the release of iOS 8.2. Here’s everything you need to know.

First, the Apple TV dropped in price from $99 to $69, and got a three-month exclusive window to launch HBO Now, a standalone $15/month to HBO TV content and on-demand library.

Fourth, the Apple Watch finally got its long-awaited battery life (18 hours) and pricing ($349/$549/$10,000/$17,000) details, plus preorder (April 10) and launch (April 24) dates. Additional details on real-world Apple Watch 38mm and 42mm battery life, as well as warranty details, were quietly released online. A small collection of Apple Watch apps were shown off, and accessories including bands and chargers also got priced ($29-$449). One of the accessories actually includes two separate bands in one package.

After the event, Apple released iOS 8.2 with Apple Watch support and Health improvements. It also published the official event video, as well as separate Jony Ive-narrated videos showing the aluminum, steel, and gold manufacturing processes for the Apple Watches. To help customers plan their Watch band purchases, Apple released a new band size guide showing the wrist sizes that will fit each of the numerous types of bands (in millimeters).